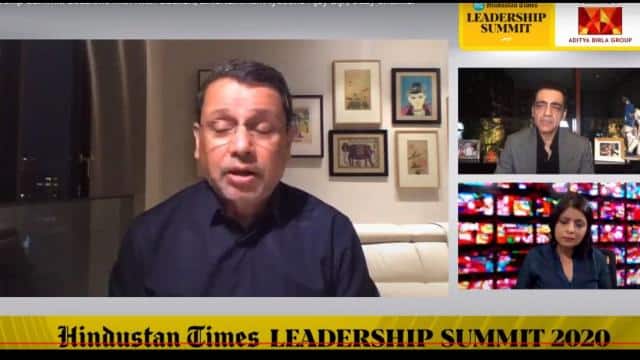 At the Hindustan Leadership Summit 2020, Walt Disney Company President Uday Shankar said that this time the IPL has been a hit. He said that the theater business would grow after the epidemic was over.

Multiplex business will increase after the epidemic
Today is the fourth day of the Hindustan Leadership Summit 2020. For the first time in this virtual summit, Ajay Bijli, Chairman and MD of PVR Limited and Uday Shankar, President and Asia Pacific Chairman of The Walt Disney Company, came to discuss the entertainment business. Uday Shankar said that he said that the theater business would increase after the epidemic, because people have been deprived of this special experience. He said that streaming theater cannot compete with experience.

This Ajay Bijli said on OTT Boom
Ajay Bijli said that I am not blaming anyone for what happened in the last 8-9 months, streaming services were deprived of content and you had filmmakers who had the finished content. To release films in the theater has economic implications, you cannot change the economic justification of the business, which is to release films in the theater.

Uday Shankar said that IPL was a hit
Uday Shankar said that we had not thought that it would be the biggest hit IPL. The whole world was in lockdown. We knew that whenever cricket returned, people would watch a lot. This IPL was more successful than all other IPL in terms of viewership and revenue.