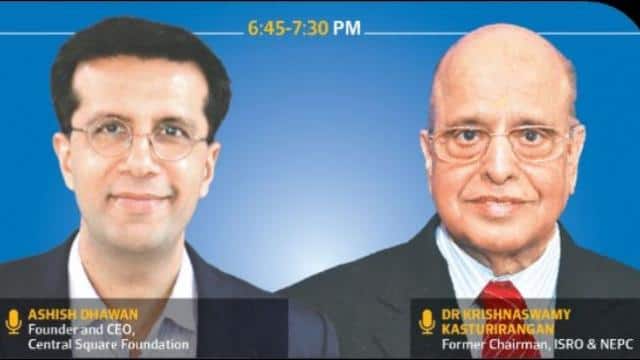 HTLS 2020: On the fifth day of the third week of the Hindustan Times Leadership Summit 2020, ie on Thursday, former ISRO Chief Krishnaswamy Kasturirangan R. Hindustan Times Editor-in-Chief to discuss the new education policy. Sukumar has a face and is also putting forth his views on the same issue with Ashish Dhawan, founder and CEO of Central Square Foundation. Regarding the digital divide in the country amidst this question-and-answer question, Kasturirangan said that there is a need to strengthen the technology as there are weaknesses in the existing systems. Dr. Kasturirangan said that technology and evaluation of technology is an important aspect of education at this time. He said, “There are many questions, such as whether our education system is worth that, where children do not meet their teacher.” But technology is the most important aspect at this time.

At the same time, Ashish Dhawan, founder and CEO of Central Square Foundation, said that many children will lose a year due to the epidemic. School is different from sitting at home and studying. Not everyone has a smartphone, TV. There was no curriculum at home in the education system. The epidemic has increased contact between teachers and parents. Now they all have their numbers. This channel can also be better used in future.

Kasturi Rangan explains about the new National Education Policy, saying that development among youth is not uniform, NEP has tried to explain it. The National Education Policy is a transformative policy. Earlier, we had to go through the process of education in the most important initial eight years of child development. The policy states that learning begins from the day of the child’s birth.

Ashish Dhawan said that NEP is a landmark document and policy, we look back and say that it changed the stance of India’s education system. Previously it was about access and equity, but now we’re really focused on results and quality

The Hindustan Times Leadership Summit was launched in 2003. The objective was to encourage dialogue among leaders in key areas and to present a platform aimed at international quality deliberations, along with raising the level of discussion on key issues and with the same objective that leaders from India and around the world at the last 17 summits Attendance by this platform is an outstanding success. These included senior politicians, bureaucrats, diplomats, business executives, thinkers, commentators and analysts. Over the years, the summit has become one of India’s most prestigious and eagerly awaited forums.

Two successful editions of the summit have also been held in Singapore where top leaders of the region gathered together to discuss the unstoppable rise of Asia and the East, amid the political and economic boom and the changing paradigm of the world order. The world is reeling under epidemics at the end of this year. The purpose of the 18th edition of the summit is to conduct conversations that can help. The theme of this year’s summit is ‘Defining a New Era’. This virtual summit brings global leaders together on one platform and sets forth the blueprint for India and the world. It will be live every Thursday and Friday for 4 weeks starting November 19, 2020.