Gwalior: When the batsman was caught, the batsman hit the fielder with the bat, this was the reason 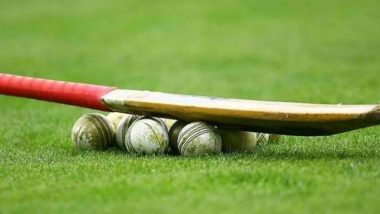 Gwalior: Cricket is a game of Gentleman. It is played with sportsmanship. But a case has come out from Gwalior in Madhya Pradesh (Madhya Pradesh), which you will be surprised to know. Here, after catching the catch for 49 runs in a cricket match, the batsman started hitting the fielder with the bat, which hurt the fielder and he became unconscious. Fielder has not regained consciousness even after 24 hours and he is fighting a battle between life and death in the hospital. The matter went to the police and the police have registered an AIR against the accused batsman for attempt to murder. Two youths died due to drinking poisonous liquor in Madhya Pradesh

Police said Vivek Parasar, a resident of Bhitarwar, works in a private company here and keeps a rented room in the Gola Temple Vankhandeshwar Colony. On Saturday, his brother Satendra went to play cricket at 12 pm at the Parasar fair ground. When the brother did not return for long, he went to the field to find him. When he reached the ground, his brother was fielding and Sanjay Palia was batting on 49 runs.

At the same time, the ball hit the doorway and the ball went up and Satendra caught the bench. Because of which his half-century could not be completed. After being dismissed for 49, Sanjay got angry and started abusing Satendra. When Satendra opposed this, he attacked him with a bat.

Sanjay kept hitting Satendra’s head continuously, then he fainted and fell to the ground. By the time Satendra’s brother reaches him, Sanjay runs away. Satendra’s head was bleeding. He has been admitted to the hospital in critical condition. Satendra is currently admitted in the ICU and his condition is critical. On the complaint of Satendra’s brother, the police of Gola temple police station has registered an AIR against Sanjay.