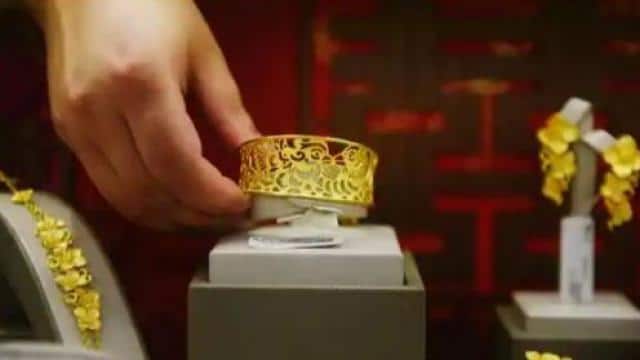 Gold, which set a new fast record in the Corona period, faded by November. At the same time, silver color has also been blown away by positive news of Kovid-19 vaccine. Gold has become cheaper by Rs 7425 per 10 grams from its peak in August. On Friday, 24-carat gold closed at Rs 48829 per 10 grams in bullion markets. On the morning of August 7, gold had reached Rs 56254 per 10 grams. It is an all time high rate. Talking about silver, on this day it reached Rs 76008 per kg and by November 27, it has come down to Rs 60069 per kg. During this period, silver has become cheaper by Rs 15939 per kg.

This is how gold and silver move last week

Gold prices are falling globally due to positive news about Corona vaccine. Experts say that apart from improving the global economy and easing tensions in the US-China, the stock trend has increased. While the trend on gold has reduced. In such a situation, there is no expectation of a sharp jump in gold in the near future.

At the same time, according to Reuters, due to the weakening of the dollar, Kovid-19 vaccine and the hope of recovery in the economy began to shift towards equity. This may further reduce the prices of gold. StoneAx analyst Rhona O’Connell pointed out that the vaccine is not a cure and that the rise in infection rates is a major concern, not only on human but also economic levels. Also, negative interest rates will remain.

Gold will shine in the long term

Anuj Gupta, deputy vice president (commodity and currency), Angel Broking, says that gold prices are falling globally due to positive news about the Corona vaccine. Despite this, given the current low level, gold can reach Rs 57 thousand to 60 thousand per 10 grams in the next one year. They say that investing in gold in the long term is a profitable deal. However, they also say that one should do a complete investigation before investing.