Goffin still falls into the trap at Roland Garros: "I was tense but I am tense in every game, I’ve been tense for 20 years!" 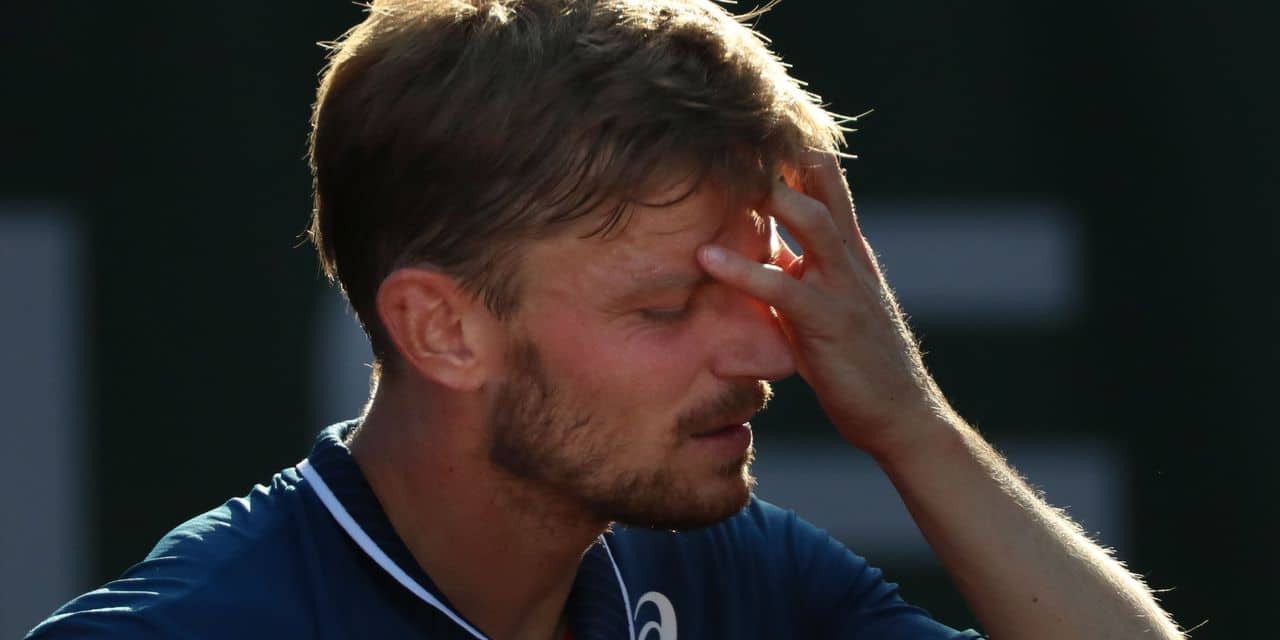 A daring young Italian chases the other. After Jannik Sinner in 2020, it is Lorenzo Musetti who leaves David Goffin in the first round of Roland-Garros (6-0, 7-5, 7-6). The 19-year-old Italian, 76th player in the world, was a trap, the Liege knew it perfectly, but between knowing and being able to do something to avoid tripping over it, there was a huge obstacle. “I had all the keys but I started very badly, I am tense. And suddenly the doubts arise, I feel bad but little by little I hang on… In the third set, I let go of my blows, I come back and it’s a real game that starts but I got into it too late. I didn’t take my opportunities either. “

After a nightmarish first set, the 13th player in the world had indeed raised the bar by taking more initiative in the exchange, playing more aggressively. He has, throughout the last two sets, had the reaction worthy of his rank and good intentions but we do not catch up on a game at stake all the sorrows of the past weeks. If Goffin has regularly cracked in execution, it is because he has not accumulated the confidence necessary throughout this season on clay to deliver the right shot at the right time under pressure. The unfortunately perfect demonstration was this uncrossed forehand which totally escaped him with 5-4 set point. Maybe it was a turning point in this match. “I have so many doubts in my head, I think too much, I analyze too much each shot instead of just playing, moving forward and letting go. I was tense but I am tense in every game, it’s been 20 years that I’m tense! But normally it only lasts a few games, except that now I can not get into it at all. It’s really difficult. “

One cannot blame Goffin for not having tried. He saved two 5-2 balls in the last inning before picking up at 5-5. He tried everything in the game. But each time it was necessary to put in a little more, to have the little bonus of success that one causes, to tighten the game a little at the beginning of the decisive game when Musetti begins to tighten up. , Goffin did not have it in stock. Nor was he helped by the Italian’s style of play with that big lift and those high balls that squirt over the shoulder and break the timing. The Goffin of the great hours would have managed to put a little more in the intensity to wear out the insolent but that of Monday gave the impression of missing a speed.

Between a young player all fired up who can play without pressure and who discovers everything about the circuit, and an experienced player who knows the value of each point lost and who chases his past confidence, the match turned for the one who had the lightest head. Beaten from the start in Melbourne by Alexei Popyrin, who left too early in Paris, Goffin risks leaving with too many doubts in mind. The worst part being that it is not necessarily that far. But by failing, since the title of Montpellier, to run these matches which allow giant leaps in confidence and play, David Goffin finds himself trapped in a crisis that begins to last too long in major tournaments. “I can’t train better than what I’m doing right now… You have to be able to put the gear on faster, not to be thrown off balance by panicking during a set.” It’s not easy to get your head out of the sand.