"Ghostly Icardi", "Neymar the most annoying player in the world", "Di Maria lost her mind": the European press harsh with PSG after its elimination in the Champions League 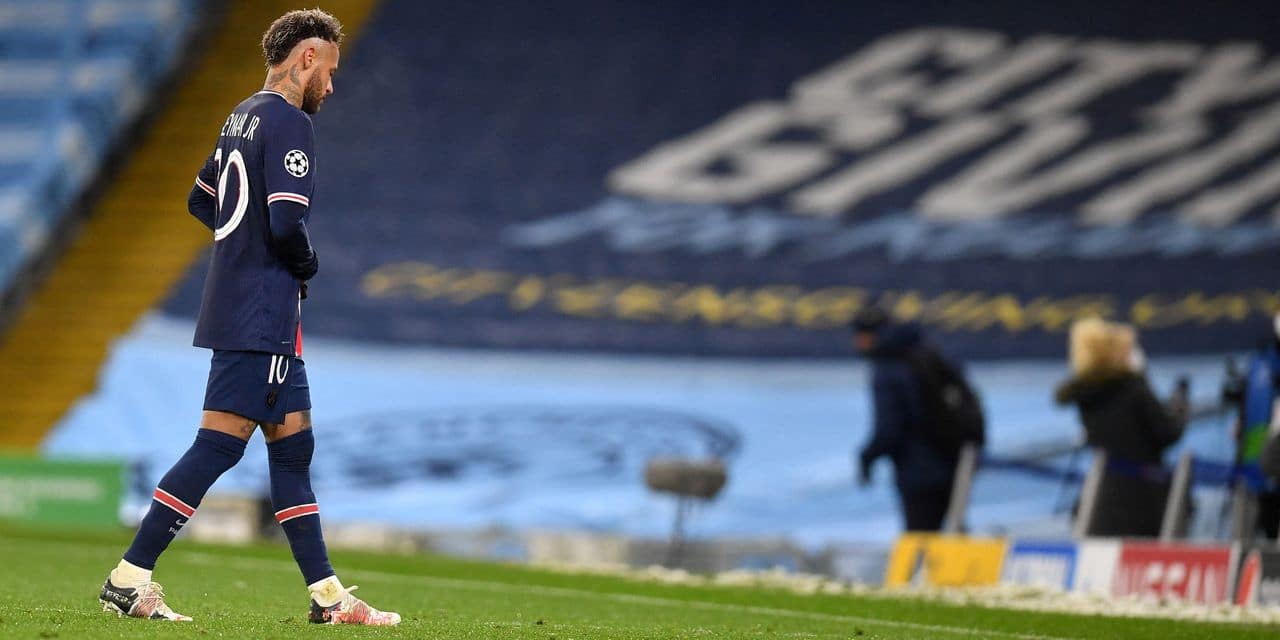 PSG will not participate in their second consecutive Champions League final after the one lost to Bayern last August. The French club, beaten 1-2 in the first leg, did not make the weight and did not manage to overcome its delay. Beaten 2-0 at Etihad Stadium with a double from Riyad Mahrez, Paris sees its dream come to an end. Several Parisian players are targeted by the European press: Di Maria, Neymar, Icardi and even Mbappé, who has not played.

“The End“, we can see in the front page of the newspaper L’Equipe. The French daily admits that the march was, this time, too high for the troops of Mauricio Pochettino. “He can always feed a few regrets, revisit sequences that he could have better negotiated, on the outward journey as on the return. PSG succeeded in their European campaign but completely missed their exit “, explains L’Equipe, which looks back on several players. Paredes, Herrera and Danilo Pereira definitely don’t have Champions League winning faces. “

Neymar, orphan of Kylian Mbappé, also took for his rank by the Team after his performance where the Brazilian will have missed almost everything. “The most expensive player in the world becomes the most annoying in the world when he wants to fix everything on his own. But, can he be blamed for all that? Who besides Di Maria could he combine with yesterday? “ Eliminated from the Champions League, the Parisians can now lose everything according to the newspaper. “The most dangerous is approaching for them. They could sign a historic treble while in Ligue 1, they are still one point behind Lille and their journey in the Coupe de France does not draw a highway to success. “

“The end of the dream”. The Parisian also returned to the disappointing performance of PSG. “The dream vanished in the night of Manchester, too strong for Paris, underlines the Ile-de-France newspaper, which points to the shortcomings of the match. PSG also collapsed, losing their nerves, getting the wrong fight and putting the character in the wrong place. There was too little movement and accuracy to destabilize this City. Paredes, Herrera, Danilo and Gueye all have qualities but none that make the difference in big games. “

Mauro Icardi, transparent this Tuesday, obtains the note of two of the French newspapers. Neymar, him, receives the note of 4 in the Parisian and 3 in the team. “He had promised to die on the field, unfortunately he missed out on his match. Not in the engagement but more on his strengths where he was insufficient yesterday (…). Disappointing”, argues the French daily.

In England, it is the match of Riyad Mahrez, author of a double, which did not go unnoticed and stole the spotlight from our compatriot, Kevin De Bruyne. “Elegant, ruthless and in progress: Mahrez is an underrated genius”, says the Guardian. The Telegraph gives it a score of 9/10, the best of the Mancunian team. But what the English newspapers have not forgotten to point out is the performance of PSG “irascible and pathetic “, in the words of the Telegraph, which points out that “Money cannot buy class”: “Dive, surround the referee, settle accounts with their opponents, take a red card: this is what the Parisians have done.”

The British media return to several players, including Di Maria, excluded in the 69th minute for a bad gesture. “He wasted a golden opportunity to equalize before being sent off for a ridiculous tackle on Fernandinho “, explains the Guardian, who gives it a score of 1/10. “Di Maria lost her mind “, point on its side, the Gazzetta dello Sport in Italy, where Mauro Icardi was tried “ghostly”. “PSG were playing at 10 since the start of the match. Disastrous performance. He does not touch a ball. Less social networks and more work: it is never too late to understand it”, writes the Italian newspaper with regard to the Argentine striker, giving him a rating of 4.

The future of Neymar and Mbappé called into question

In Spain, our colleagues from Marca salute Guardiola for allowing Manchester City to reach the final but also add that “Neymar and Mbappé must leave PSG to win the Champions League.” The Spanish newspaper explains that neither of the two players, targeted by Real and Barça, has yet extended and therefore the question arises: “Was this their last match with the Parisian jersey in the European Cup? “ The same goes for Mundo Deportivo. “The Parisian club’s farewell to the Champions League risks causing an earthquake.”

With our French neighbors, Parisian, the question is about the future of Mbappé. “Now he will have to choose. The elimination of PSG will accelerate Mbappé’s decision whether or not to stay in the capital next season. The club’s inability to win the Champions League does not work in its favor “, asserts the Parisian about the French jewel.