German Cup: Dortmund outclass Leipzig in the final, doubled from Halaland and Sancho 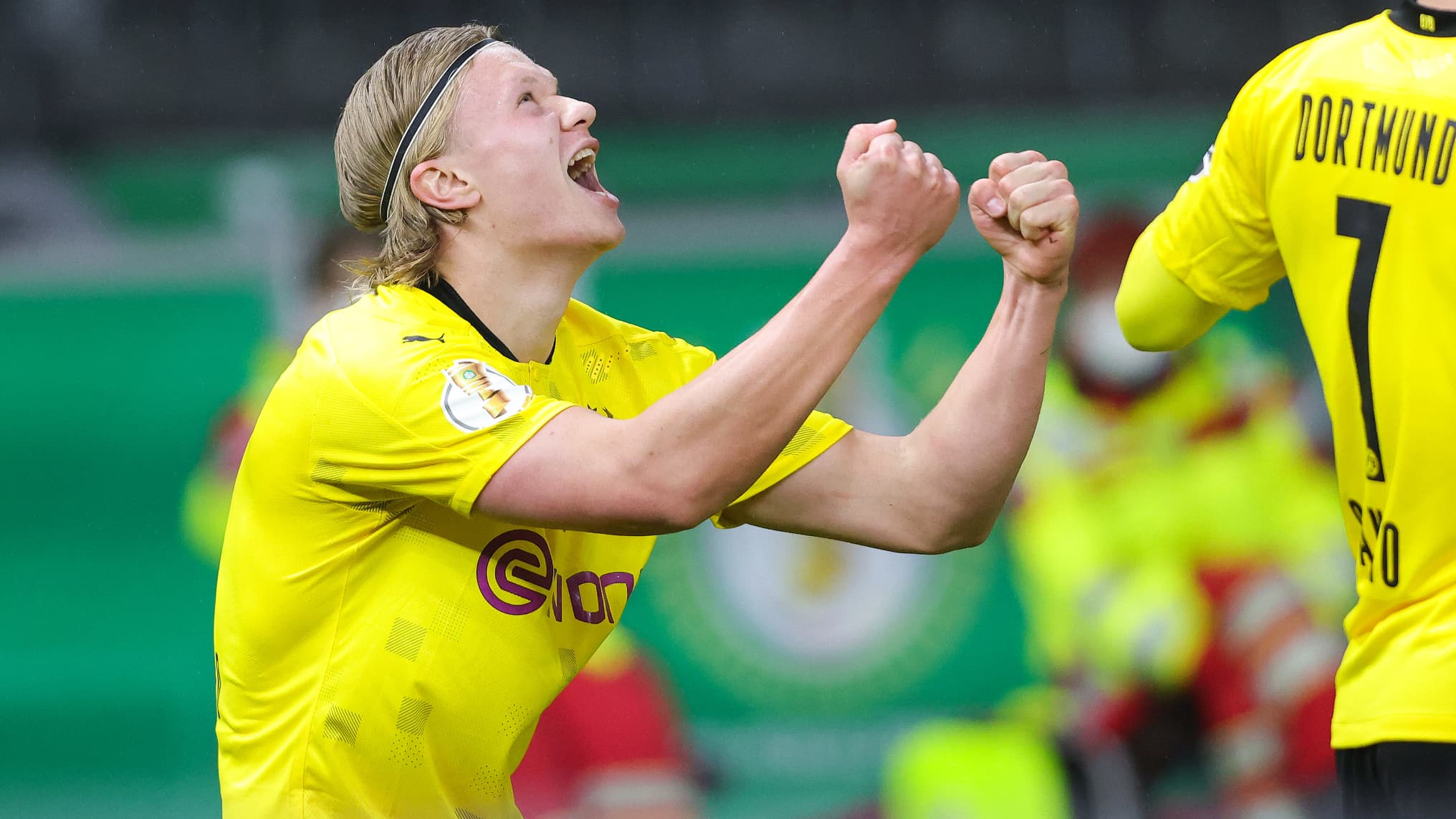 Borussia Dortmund won the German Cup on Thursday by dominating RB Leipzig in the final (4-1). Jadon Sancho and Erling Haaland both scored twice.

This is enough to end the season on a better note. Long in difficulty in the Bundesliga during this 2020-2021 financial year, and still not assured of the Top 4 two days from the end, Borussia Dormund won his first trophy since 2017 – excluding Supercopa – by winning the Cup final this Thursday evening. Germany against Leipzig (4-1).

If the RBL rebelled at the end of the game, after the reduction of Dani Olmo’s score (3-1, 71st), the match had been folded by the BVB in the first half, with three goals scored before the break. The first by Jadon Sancho from the 5th minute of play after a counter (1-0), the second in force by the machine Erling Haaland, who devoured Dayot Upamecano instantly (2-0, 28th), and the third again by Sancho on a service from Marco Reus (3-0, 45th).

A double for the Englishman, therefore, and a double also for his Norwegian comrade, Haaland having scored the fourth goal with success in the last moments of the meeting (4-1, 88th).

This is Borussia’s fifth German Cup coronation. Conversely, Leipzig coach Julian Nagelsmann missed the opportunity to add a front row to his record before replacing Hansi Flick at Bayern in the offseason. But in the Bavarian ogre, the anomaly should be fixed quickly.