French team: "Ready to take the challenge", Mbappé turns the page on the Giroud affair 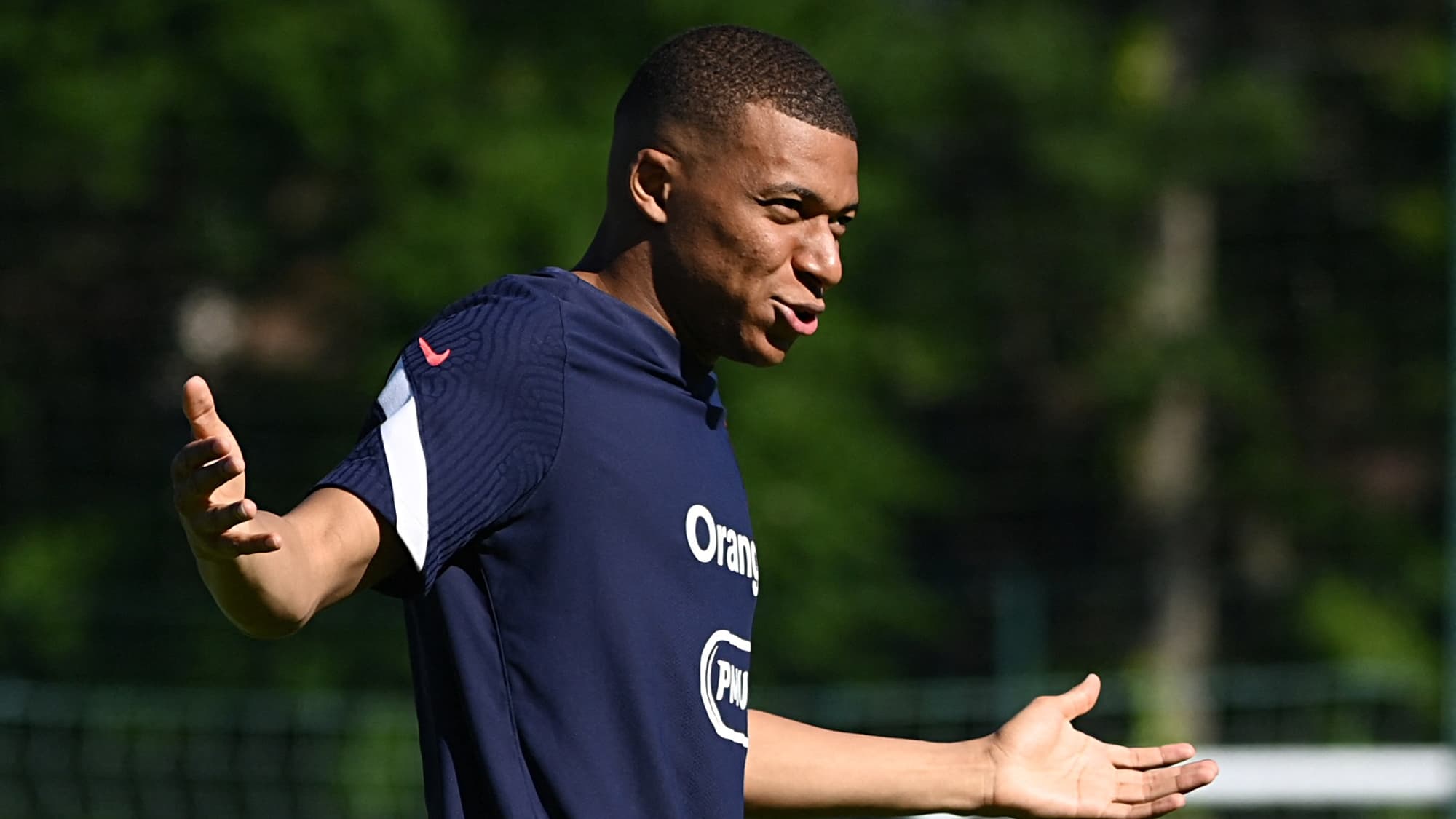 In an interview with TF1 on Monday, Kylian Mbappé showed his determination before the start of the Euro. The PSG striker says he is ready to assume his status and ensures that he “never hid”. The 22-year-old also took the opportunity to definitely turn the page “of trifles” with Olivier Giroud.

Difficult for Kylian Mbappé to hide his ambitions. The recent top scorer in Ligue 1 is eagerly awaited at the forefront of the French team’s attack for the Euro, along with Karim Benzema and Antoine Griezmann. A pressure that does not frighten him. The Parisian striker and his teammates will have a first opportunity to speak this Tuesday, in Munich, against Germany (9 p.m.) for their entry into the competition.

“We will need Giroud”

In recent days, Kylian Mbappé has been “affected” by what he called “trifles” with Olivier Giroud. Publicly, the Chelsea striker had complained about “balls that do not arrive”, a reference to Mbappé without naming him. But the matter is settled. “Of course it is forgotten. In life, you should not always stay like that and feel sorry for yourself, said Kylian Mbappé on Monday, in an interview with TF1. We will need him, like 25 other players. We are not going to leave one or two players on the side for trifles. “

Winners of the 2018 World Cup, the Blues arrive this time with the status of favorites, in the opinion of many observers. “We are excited, it’s not nothing to play a Euro. We have to get back to this child side where we dreamed of playing this kind of games. We have to have faith in our group, our staff. There is a whole country behind us. We have to do something good to be grateful for all the support we have, also launched Mbappé. Winning the World Cup, it was useful to us. We know where you have to pass to win. You will have to put back the same ingredients a bit. “

“It’s not a five either”

The attack line composed of Mbappé, Benzema and Griezmann especially scares the opponents. “I always wanted to play with great players, but we are not only three in attack. It is not a five either,” replied Kylian Mbappé, preferring to rely on collective strength as a whole.

Selected for the 2018 World Cup after a first season at PSG, Kylian Mbappé has since grown with the Ile-de-France team, and confirmed his new status. “I am yet another player, a better player. But I am always expected, I am expected all the time. I have no problem with that, the most important is to stay within the framework of the collective, it is he is the one who will make me shine. I am ready to take up the challenge, the 22-year-old assured again. I like the pressure, playing high-stakes games. Sometimes, I missed big games, but I never went into hiding for these matches. “