French team: a warm welcome from the Blues for Kanté, Giroud and Zouma 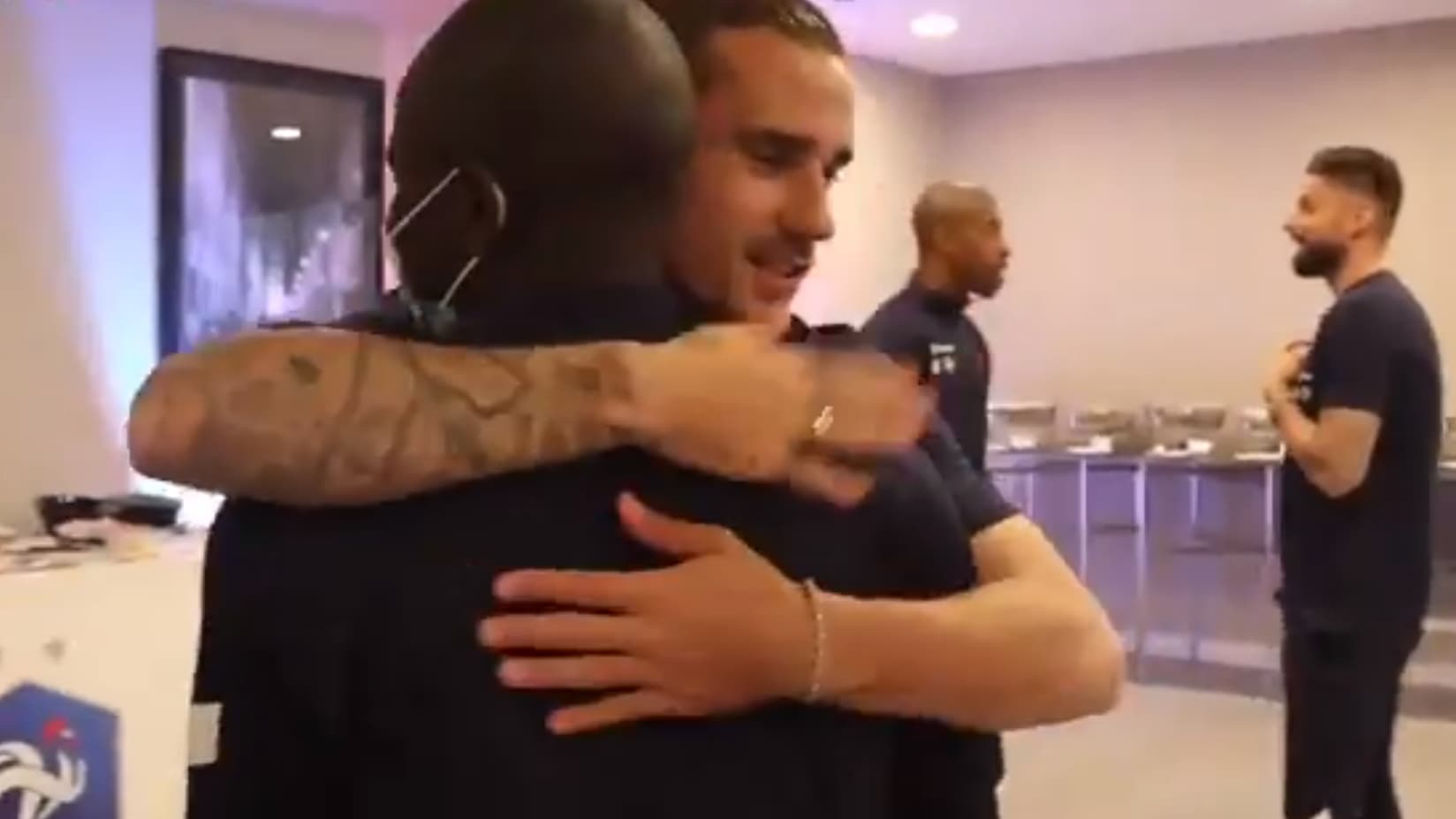 The three European champions with Chelsea – N’Golo Kanté, Olivier Giroud and Kurt Zouma – were warmly welcomed by their teammates of the France team, Tuesday in Nice.

Behind his mask, N’Golo Kanté continues the shy “thank you, thank you”. After the praise of the press and football Europe, the Chelsea midfielder received those of his teammates in the France team on Tuesday.

He found the group in the company of his teammates in club, Olivier Giroud and Kurt Zouma, with “a little delay”, apologized with humor the Twitter account of the English club. The three players were very sorry since they had a Champions League final to play on Saturday against Manchester City. They won it (1-0) and therefore joined the selection crowned with their title of European champion.

The French Football Federation (FFF) broadcast a video of the warm welcome given by their 23 teammates, gathered since last week in Clairefontaine. The three men go around the tables and collect smiles and congratulatory messages. With a special mention therefore for N’Golo Kanté, elected man of the match in the final.

Big smile, Olivier Giroud in turn greets the members of the staff, Guy Stéphan (“Olive, bravo”), the deputy, then Didier Deschamps, the coach, and the players. Karim Benzema also exchanges a few words with Kurt Zouma, a few weeks after their opposition in the semi-finals of the Champions League which turned to the advantage of the Blues. After a few days of respite, the three Londoners found a group with an apparent good atmosphere, before immersing themselves in the preparation for the Euro. They will be exempted from the friendly match against Wales, this Wednesday in Nice (9:05 pm).