France team: The kick taker at the Euro is Kylian Mbappé 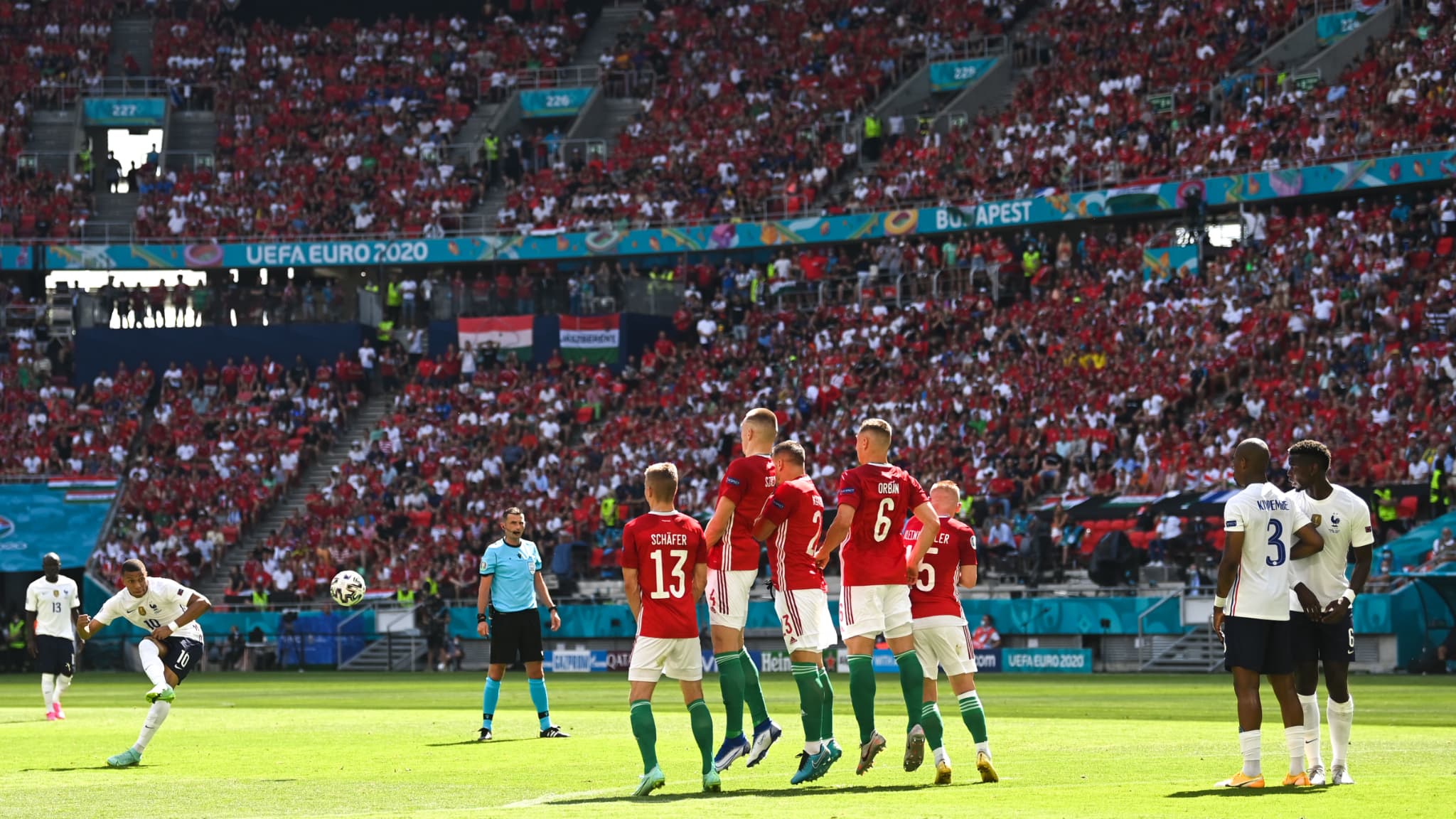 INFO RMC SPORT – The Parisian was well appointed to take the set pieces to the opposing goal during this Euro 2021.

The scene was so surprised that a question was asked Sunday to Antoine Griezmann at a press conference. Against Hungary, Griezmann and Mbappe found themselves together around the ball to take a free kick in the 27th minute. It was finally the Parisian who tried his luck. “He took the ball and wanted to shoot it, Antoine Griezmann reacted on Sunday. He shoots free kicks really well, I saw them in training. He knows how to shoot them. There was no problem. that you feel it, you shoot. Too bad it did not come in, he can put them at the bottom. He puts them in training, so why not in a match. “

Kylian Mbappe, however, did not take the ball confidently for no reason. It is he who is now the taker of the free kick for the France team. On one condition: the stopped phase must be sufficiently well placed to be shot directly. Antoine Griezmann will continue to take charge of the free kicks which will bring a center situation. But, as with penalties, the rule of rotation can apply. If a player feels strong enough at a specific time, he can shoot.