France team: Mbappé’s big update on his tensions with Giroud 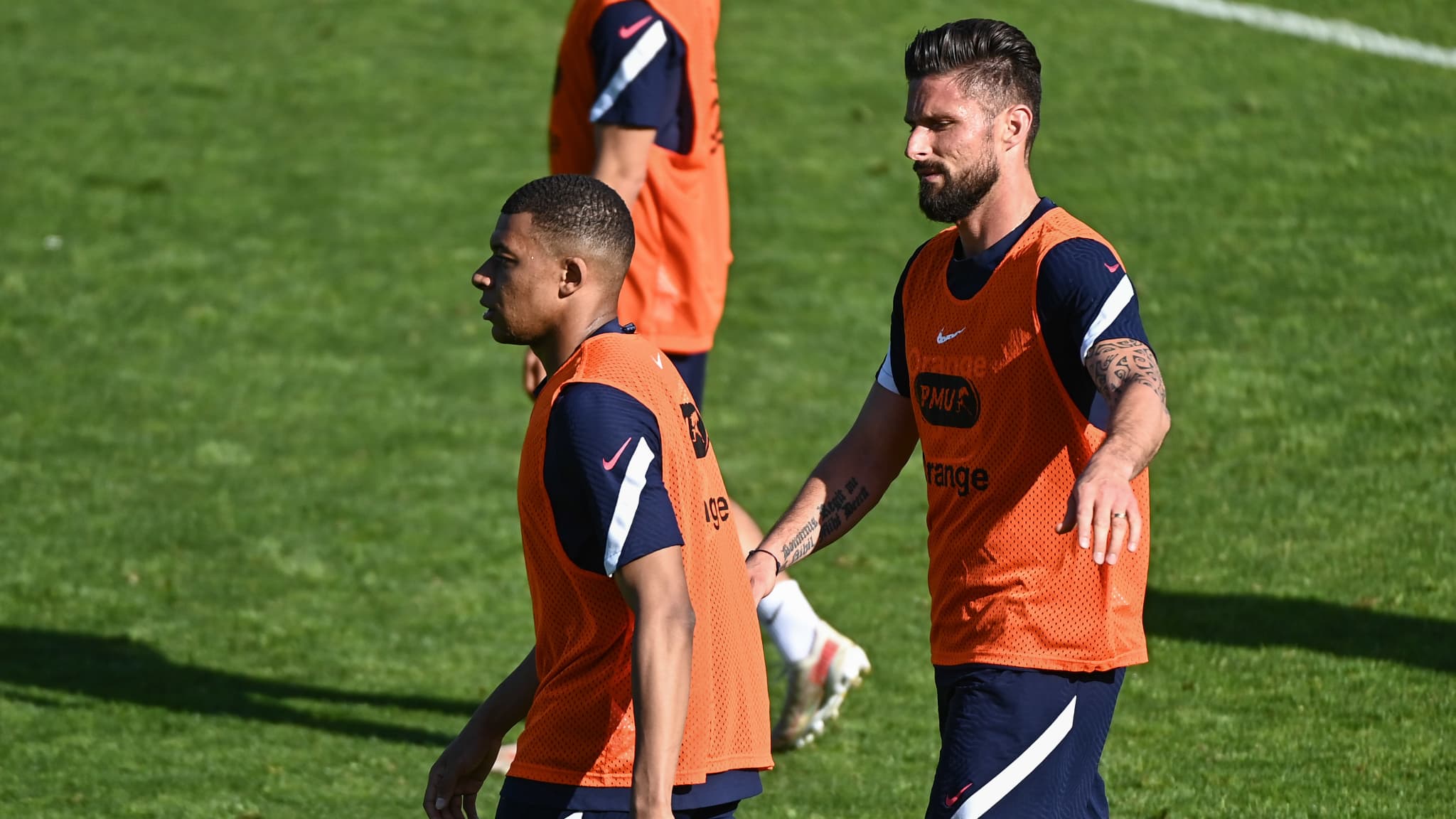 At a press conference this Sunday, two days before the France-Germany clash at the Euro, Kylian Mbappé admitted to having been “affected” by the remarks made by Olivier Giroud at the end of the friendly match against Bulgaria. The Paris striker also explained why he may be making fewer passes to Olivier Giroud than to Karim Benzema. A question of profiles, according to him.

He made things clear in order to put an end to any controversy. Present at a press conference this Sunday, two days before the clash between the France team and Germany at the Euro, Kylian Mbappé explained his tensions with Olivier Giroud. He confirmed that he did not really appreciate the comments made by the Chelsea center-forward after the Blues’ victory against Bulgaria (3-0) in a preparation match. Asked about the L’Equipe channel about its “discreet” entry into play, Giroud was quite clear: “Discreet because sometimes we go shopping but the balls don’t arrive (…) You say we didn’t see me much at first but maybe we could have been better. ” Vexed by this outing, Mbappé would have liked to explain himself to the media on Thursday. He was dissuaded from doing so by Didier Deschamps. “We spoke with the coach, it was not the best time, he decided that it was today so I obeyed,” said Mbappé.

“A little affected” by Giroud’s words

Relaunched several times by journalists on Giroud’s statements, Mbappé explained that he had been more annoyed by the form than the substance. As he let his partner know. “We talked about it, it’s true we discussed about it. It’s true that we talked about it a lot, maybe because there wasn’t a lot of other things to say. .. Everyone knows a bit about what happened, I was a little affected by that but we are not going to make a big deal out of it. We are here to represent the France team and the French team. France remains the most important. We have a great competition. These are not small trifles that will disrupt our preparation. We have a common objective, me and him (Giroud). We are all focused on the same objective “, a he detailed. If most of this press conference revolved around this Giroud-Mbappé episode, the Parisian appeared relaxed, relaxed.

“What he said didn’t bother me more than that, I’m a forward. It’s a feeling and he expresses a feeling when he speaks. I’ve had that feeling 365 times in a game and I have it. would still have when you feel like you’re not being served. But it’s more to release it publicly. I saw him and congratulated him in the locker room for his goals, he didn’t say anything to me and then I find out in the press. That’s more than what he said. He doesn’t say anything bad. He’s a striker, he wants to score goals and he has a record close by. When you are attacking, it runs in the head. It’s more the fact of leaving it publicly, I would have preferred that it come and that it is even much more virulent in the locker room. If I have something to say to someone, I’ll tell him in the locker room. But that’s not a problem, these are small trifles. The team does not need us to put sticks in the wheels “, insisted Mbappé.

“The situation was clear. It was a bit tense, but the most important thing is to discuss it, to put things flat, to put all this after the group. The most important thing is the group and this Euro . It is a micro-episode which came to disrupt the fact that we are concentrated on only one thing: the Euro and the match against Germany “, he continued. Asked then about the Mannschaft, the penalties, its evolution since the 2018 World Cup or the game system of the Blues, Mbappé was entitled to another question about Giroud: does he have the impression of perhaps doing more of passes to players like Neymar or Karim Benzema rather than to players like Giroud? A smile then appeared on Mbappé’s face, half surprised, half crumpled.

“What are you implying? They are completely different players. Neymar touches 150 balls per game. Benzema touches 80. Olivier touches a lot less given his profile. Of course, if you compare the number of passes I make to Benzema or Neymar compared to Giroud, it is sure that I pass less to Olivier. But that does not mean that I do not look at Olivier. It’s just that his profile is different. Benzema comes down at 40 meters from the goal to touch balls, Giroud prefers to stay in front to be present in the box for the last balls. I think it’s a little unhealthy. We try to say things without saying them … Basically, you under – Hear that I do not want to pass Giroud. I say that these are different profiles, “reacted Mbappé. Before starting, always with a smile: “There is no tension, take it easy! Next question?”

Rodolphe Ryo with LT and TM