France team: Dembélé forfeit the rest of the Euro 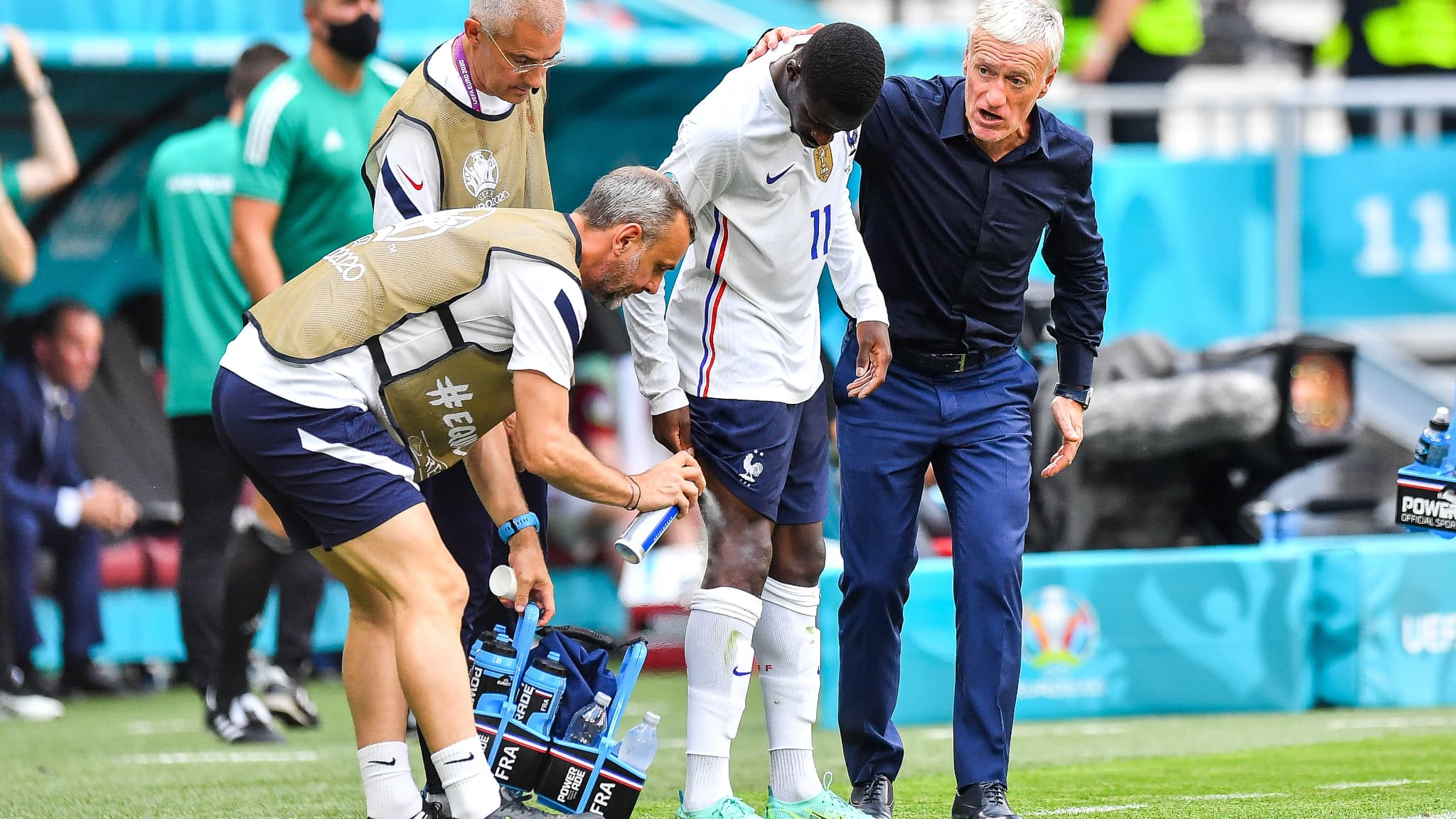 INFO RMC SPORT. Hit to a knee on Saturday during the draw between France and Hungary (1-1), Ousmane Dembélé unfortunately finished his Euro 2021. The Barça winger (24 years old) is forfeited for the rest of the competition.

His absence for the third group match against Portugal (Wednesday, 9 p.m.) was recorded, but there was hope of recovering him for the rest of the competition. Unfortunately, this will not be the case. Affected with a tendon in the right knee on Saturday against Hungary (1-1), Ousmane Dembélé (24) is forfeited for the rest of the Euro according to information from RMC Sport, and will leave the tricolor group.

Entered in the 57th minute of play in Budapest, in place of Adrien Rabiot, the Barça winger had distinguished himself with a strike on the post, but was then in difficulty after receiving a blow. So much so that he had to return to the bench again in the 87th minute, without being able to finish the match.

Coman could make his debut in the competition

Rather spared from injuries in recent weeks, the France team therefore records its first real blow to the Euro, so much Dembélé – by his liveliness and his explosiveness – was an option of choice in attack for Didier Deschamps. The former Rennais, who was coming out of a good season in Spain after having resolved his recurring physical problems, had made his return to the selection in March, after two and a half years of absence.

We can now imagine that the coach of the Blues will launch Kingsley Coman during the match against Portugal. The Munich player, unused against Germany in the first meeting, remained in the stands on Saturday after making an express return trip to Sweden for family reasons.