France team: after the tensions, the hug between Giroud and Mbappé during training 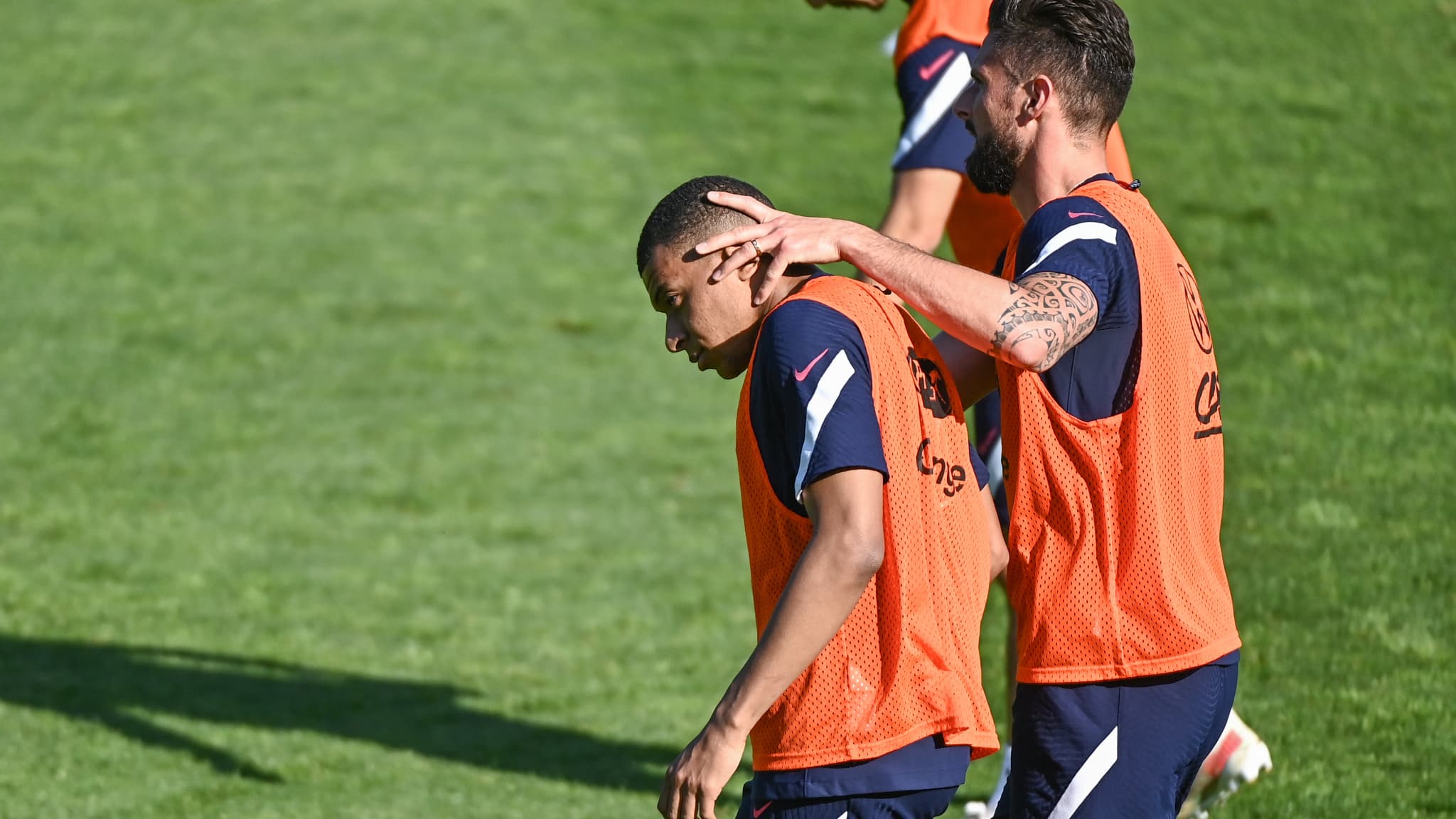 After the exit of Olivier Giroud on his lack of supply of balls and a beginning of tension with Kylian Mbappé, the first went to greet the second during the training of the France team. What to bury the hatchet?

The tension between Kylian Mbappé and Olivier Giroud does not yet seem completely dissipated, but the two men were seen during a short moment of complicity during the opposition of the day in Clairefontaine this Thursday, during training of the France team.

After the victory of the Blues against Bulgaria on Tuesday (3-0), Olivier Giroud complained of a lack of balls, despite his double at the end of the game: “Sometimes, we go shopping but the balls do not ‘do not arrive (…) You say that I was not seen much at the beginning but maybe we could have been better. “

A statement that did not please the main target, Kylian Mbappé, who would have wanted to respond to the striker of the Blues in a press conference, before being stopped in his tracks by Didier Deschamps according to information from the Team. Olivier Giroud would then come to explain himself to Clairefontaine on Wednesday. An approach that would not have been enough to completely calm Kylian Mbappé. This was confirmed this Thursday in training despite a desire of his elder to ease tensions.

At the end of the session, the Chelsea striker scored during an opposition, on a service from Wissam Ben Yedder and with a nice job from the Parisian on the action. After the goal, conclusion of a nice one-two between the two men, the number 9 of the Blues went to greet the Monegasque passer before joining Mbappé, head bowed, who timidly accepted the gesture like the scorer’s hug. Not very demonstrative. But the image that everyone was waiting for.