France-Switzerland: the Blues with a new tactical scheme in eighth of Euro 2021? 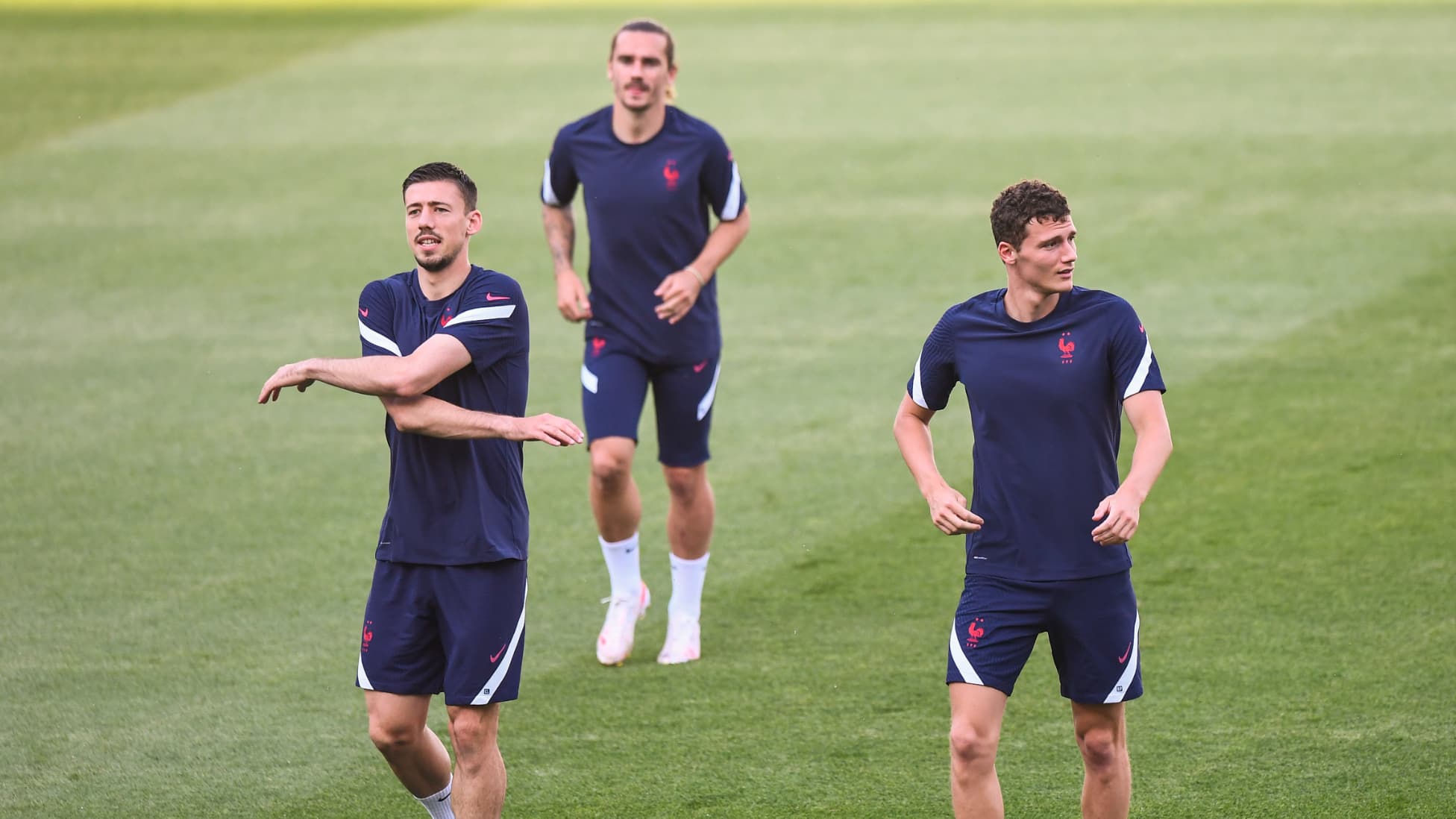 The France team could evolve in a system with three central defenders during their round of 16 against Switzerland on Monday evening (9:00 p.m.). Adrien Rabiot could be established on the left wing, and Benjamin Pavard should make his return to the right.

The France team could well change the tactical system. After evolving in 4-3-3 and 4-2-3-1 during the group stage, the Blues could find themselves in a pattern with three central defenders for the eighth-finals of Euro 2021 scheduled for Monday against Switzerland (9 p.m.).

The work done on Saturday in training suggests the presence of Clément Lenglet alongside Raphaël Varane and Presnel Kimpembe, who form the usual hinge. At the position of right offensive side, Benjamin Pavard should resume his place, after the difficult interim of Jules Koundé. On the left flank, the package of Lucas Digne and the physical uncertainty concerning Lucas Hernandez could push Didier Deschamps to renew his confidence in Adrien Rabiot, who would then benefit from more offensive freedom with this scheme.

In the midfield, no surprise: the pair Pogba-Kanté gave satisfaction against Portugal. In attack, Antoine Griezmann could be renewed in the axis, in support of Kylian Mbappé and Karim Benzema.

Under Didier Deschamps, the France team played very little with three central defenders. However, he had carried out an experiment at the end of 2019, with the same defensive trio in Albania (2-0 victory). A similar test was carried out in September 2020, with Dayot Upamecano.

In an interview with beIN Sports before the start of the Euro, Didier Deschamps explained about this system: “I had decided to do it (…) because I also knew that there was the same device opposite. (…) It’s practically one-on-one in each zone “. That’s good: Switzerland is playing 3-4-3.

The possible starting XI against Switzerland: