France-Germany: was the shock suffered by Pavard well managed? 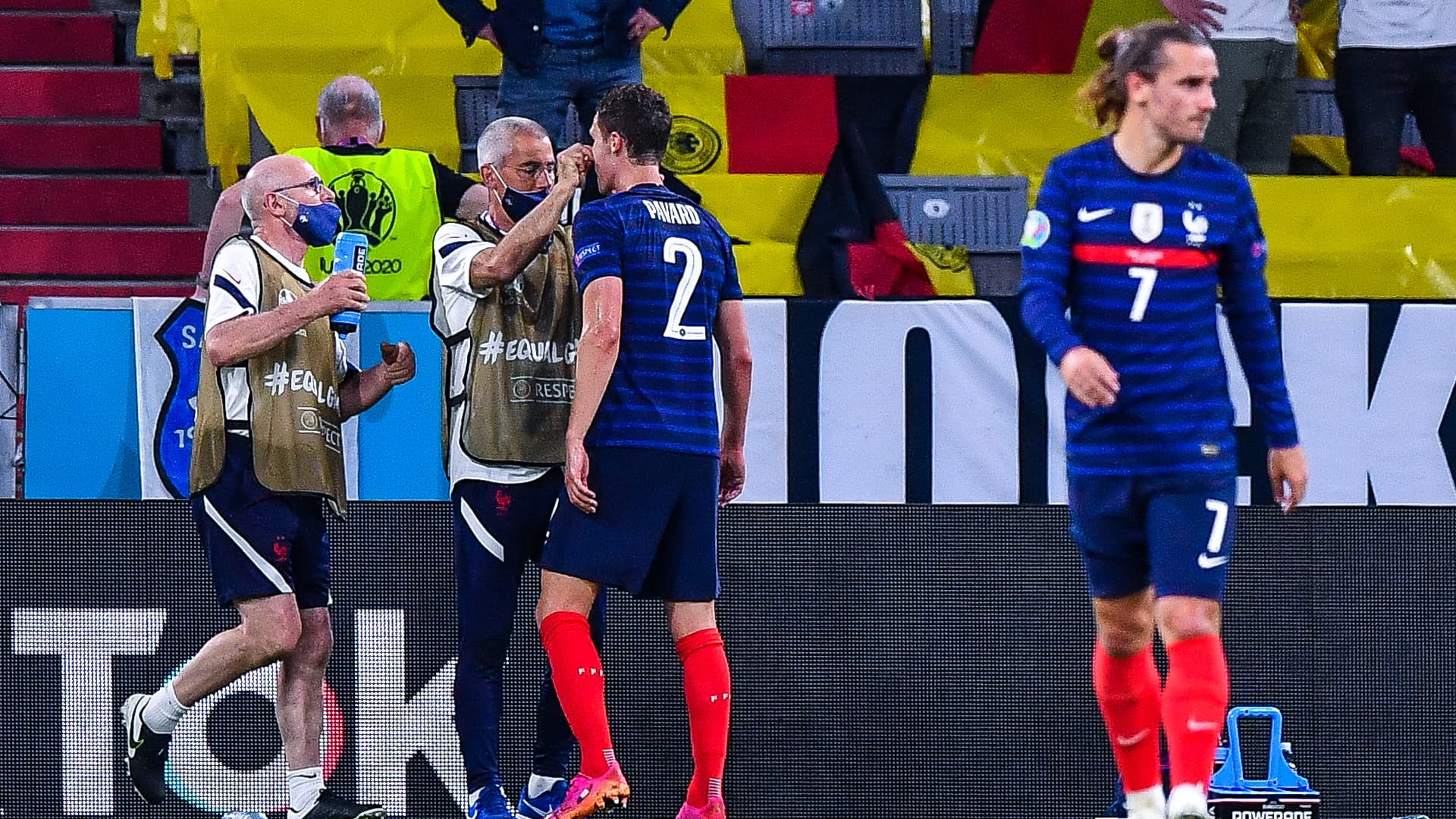 Benjamin Pavard took long seconds to regain his senses after being hit in the head by the knee of Robin Gosens on Tuesday during France-Germany (1-0). The tricolor staff ensures not to have faulted.

After its victory against Germany on Tuesday in Munich (1-0), the French team joined in the wake of Budapest, the site of its second Euro match on Saturday against Hungary. But another subject comes once again to parasitize the environment of the Blues. UEFA is investigating the shock received to the head by Benjamin Pavard in the second half. The Bayern Munich right-back took long seconds to regain his senses after being hit in the head by Robin Gosens’s knee. Should he have left his place after this rough contact to say the least?

The staff assures to have taken all the precautions

This is what UEFA has been trying to determine since Tuesday. “We are in contact with the FFF on this subject. No investigation is currently underway”, we say on the side of the European body, which will not take any sanction against the France team . These are audits that she is currently conducting. The world players union (Fifpro) communicated for its part on Wednesday to announce its assistance in the investigation in order to understand why “the concussion protocol was not respected” and why Pavard left the field before return.

Did the tricolor staff fault? The medical sector of the Blues reserves its explanations to the UEFA medical commission. But according to our information, Pavard was examined in the field by Doctor Le Gall and Denis Morcel, one of the physiotherapists.

The former Lille (25 years) was subjected to an interrogation on the ground with simple questions relating to the score of the match, his name or the city where he was. He answered questions calmly and spontaneously. The other players were also questioned whether Pavard was unconscious and replied in the negative. In the aftermath of this shock, the player is doing well. He has no pain and even participated in the scrub with the other holders of France-Germany. He underwent a few checks this morning which went well and will resume training on Thursday with the rest of the group. The staff of the Blues has also planned to provide all the elements of the file to UEFA soon.