France-Germany: the csc of Hummels which gives the advantage to the Blues 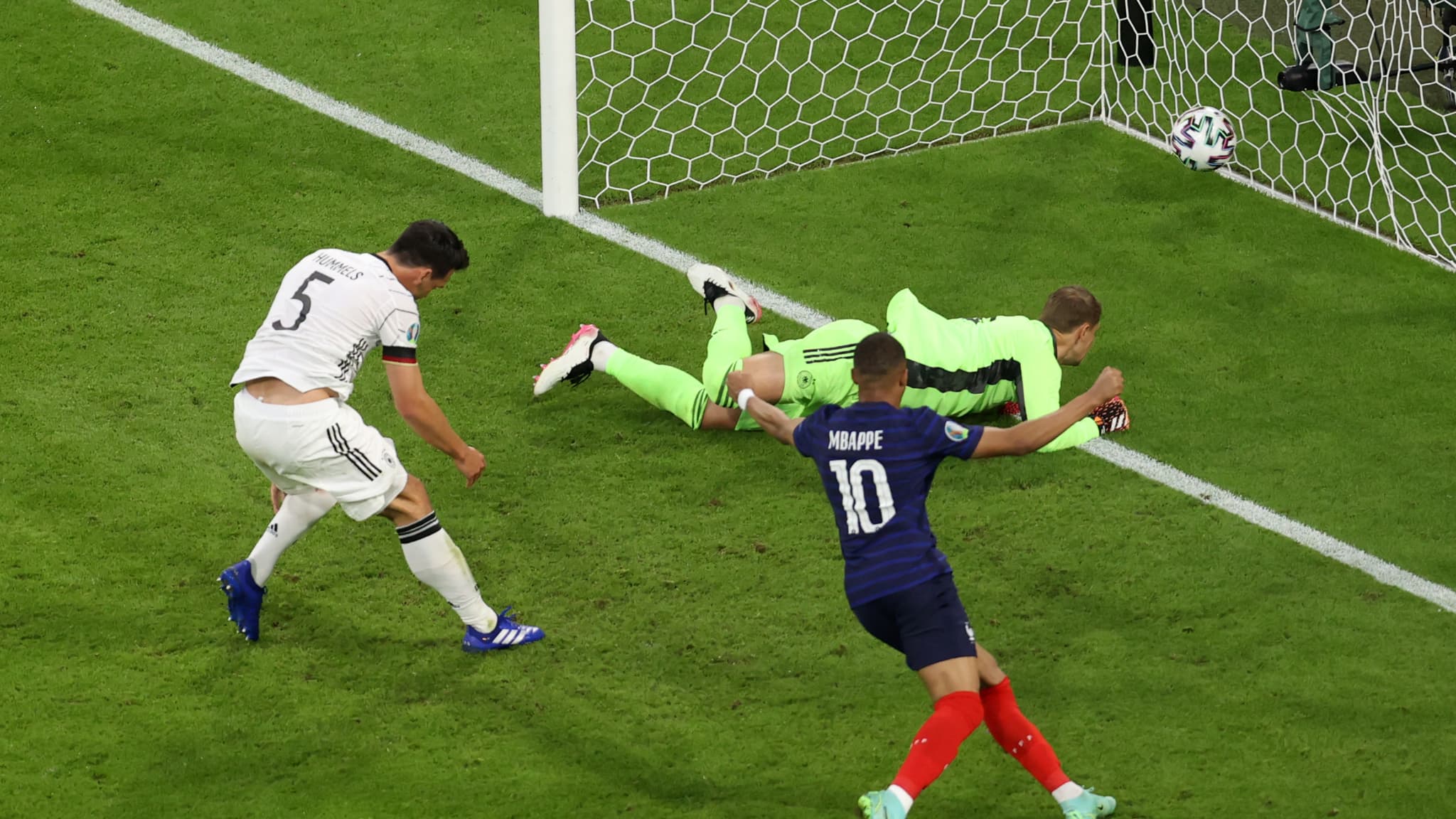 Opposed to Germany for its opening match of the Euro, France opened the scoring (20th) thanks to a goal against its camp of Mats Hummels, put under pressure by Kylian Mbappé and a center in force from Lucas Hernandez .

If the France team has an offensive armada, it is ultimately with a goal against his camp of Mats Hummels that the Blues unlocked their counter during the Euro. On the ground of the Allianz Arena, in Munich, against Germany, France opened the scoring in the first period (20th).

The magnificent pass of Pogba

The action started with superb ball protection from Paul Pogba against several opponents. After combining and recovering the ball, the Manchester United midfielder turned the game around towards Lucas Hernandez, with an outside foot under control. The side of Bayern Munich then delivered a power center in the area, in the direction of Kylian Mbappé.

Faced with the pressure from Mbappé, Mats Hummels had no other choice but to release. But the experienced German defender missed his clearance and sent the ball into his own net, beating Manuel Neuer. The France team did well, after being deprived of the ball by their opponent in the first quarter of an hour of play.

2014 world champion, Mats Hummels had been excluded from the national team at the end of 2018. Summoned, like Thomas Müller, by Joachim Löw to bring his experience to the Mannschaft, the defendant of Borussia Dortmund finally put his team in difficulty for this first match of the Euro.