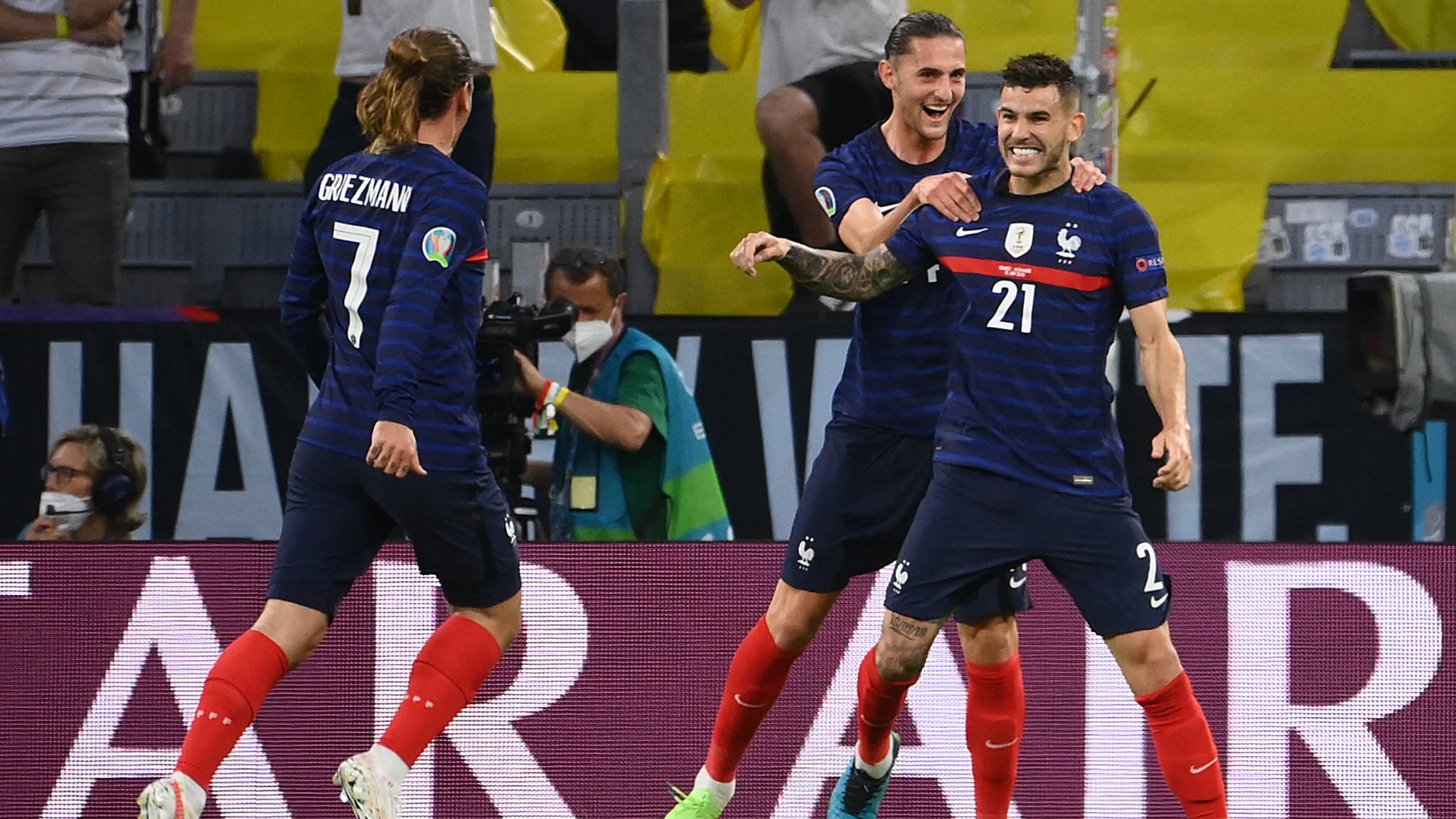 The France team won 1-0 in their shock against Germany on Tuesday night for their first match at the Euro. The goal was scored by Mats Hummels, against his own camp, on a cross from Lucas Hernandez in the 20th minute. The match, tough, gave rise to many gross fouls.

Successful entry into the subject. The French team beat Germany 1-0 in their first Euro match on Tuesday night in front of 14,000 spectators at the Allianz Arena in Munich. Despite physical uncertainties during the last week of preparation, the Blues were able to strike a big blow in this group F, in which the defending champion Portugal inflicted a 3-0 to Hungary at the end of the day. -midday.

This clash between the last two world champions changed in the 20th minute, with a goal against his camp of Mats Hummels. This opening of the score rewarded Paul Pogba, who created the action of the goal with a sumptuous pass which allowed Lucas Hernandez to push the executioner of the Blues to the fault at the 2014 World Cup.

That this leading poster had swung in favor of the French was not obvious after a first quarter of an hour, showing a superiority of the Germans in the ability to hold the ball. Joachim Löw’s men, however, have long been unable to add creativity and efficiency to their possession. While the Blues, by their generosity and solidarity in their efforts, like Antoine Griezmann who played very low on the right wing, but also thanks to the formidable 45 minutes of Paul Pogba and N ‘ Golo Kanté, took the ascendancy with duels won and formidable counters.

Two goals denied to the Blues, a forgotten penalty

The Mannschaft, after a lackluster first period with only one chance in its favor (38th), returned from the locker room with much better form. But the Mannschaft seemed to lack quality among their attackers to make the difference and hope to deceive Hugo Lloris. Blessed bread for Didier Deschamps’ players, who did not fail to take advantage of this situation to place dazzling counter-attacks.

But the 2-0 goal, which would have avoided an unbreathable and endless end to the match (eight minutes of added time), fled the France team four times: Adrian Rabiot was upset by Manuel Neuer’s frame (52nd ), before Kylian Mbappé (66th) and Karim Benzema (83rd) are denied goals for offside. In the meantime, the genius of Bondy had been mowed down in the area by an overtaken Mats Hummels, without the referee finding fault (78th).

Carlos del Cerro Grande’s arbitration was not of a high quality. The Spaniard might have been able to get out of the boxes when Antonio Rüdiger bit Paul Pogba, Joshua Kimmich had a foot too high on Lucas Hernandez and Robin Gosens hit Benjamin Pavard’s head with his knee.

The France team must now confirm against Hungary. Scheduled for Saturday afternoon from 3 p.m., this second meeting will take place not only (again) on opposing soil, in Budapest, but also in the middle of full stands. In the event of another victory, qualification for the round of 16 would be almost assured.