France-Germany: small mess at the arrival of the Blues in Munich 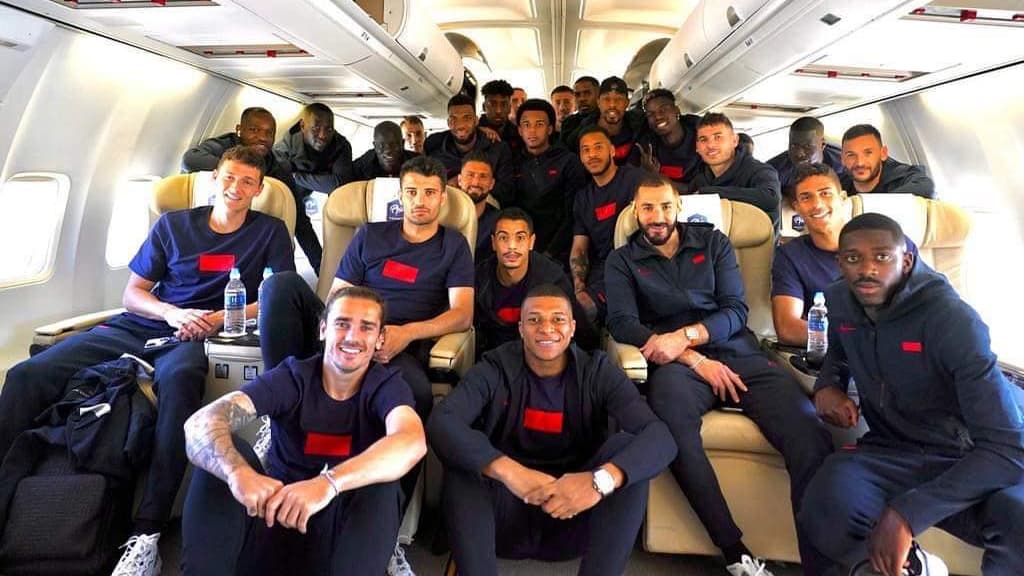 The players of the France team landed in Munich on Monday noon on the eve of their entry into the competition in the Euro with a shock against Germany. Their arrival at the hotel caused some slight stir.

The players of the France team left the calm of Clairefontaine to join Munich on Monday. After immortalizing their departure before takeoff, they landed in Bavaria around 11:50 am. The official Twitter account of the Blues published pictures of the descent of the plane of the players, masked and concentrated. They joined their hotel located north of the city, in a commercial and industrial area, at 12:30 p.m. The property is a 15-minute drive from the airport and the Alllianz Arena.

A dozen supporters to encourage the Blues

A dozen French supporters accompanied the passage of the bus, shouting “Go the Blues”. Curious Germans were also waiting for the French who arrived in a certain mess. The hotel being located in front of a supermarket, several customers who wanted to go out honked their horns when they were blocked by the police to let the Blues pass.

With the two buses of the delegation parked in front of the hotel entrance, and all the escort that followed, the supporters barely saw Paul Pogba or Raphaël Varane. The French will have lunch and spend a few hours there, before the conferences and training at the Allianz Arena in the afternoon. Didier Deschamps and Hugo Lloris are expected for the usual pre-match press briefing at 3:45 p.m. The training session will then start at 4:30 p.m.

They will precede their opponents on Tuesday by two hours, expected at 6.30 p.m. for their match day before. Joachim Löw, German coach, will speak to the media from 5.45 p.m. On Sunday, his defender Antonio Rüdiger launched hostilities by promising to play to the limit of the rule.

“Obviously in attack they are very strong, and we have to be ready to have one-on-one actions and to win them, he said. It will depend on us defenders, I think it can make a big difference, just being dirty, not always nice, nice, nice, and not always trying to get away with good football. Against players like that, you also have to send a message … and early. ” The Chelsea defender is the type to follow through on his threats as he severely injured Kevin De Bruyne in the Champions League final on May 29, miraculously escaping the red card.