France-Germany: Pavard victim of a big knee blow from Gosens 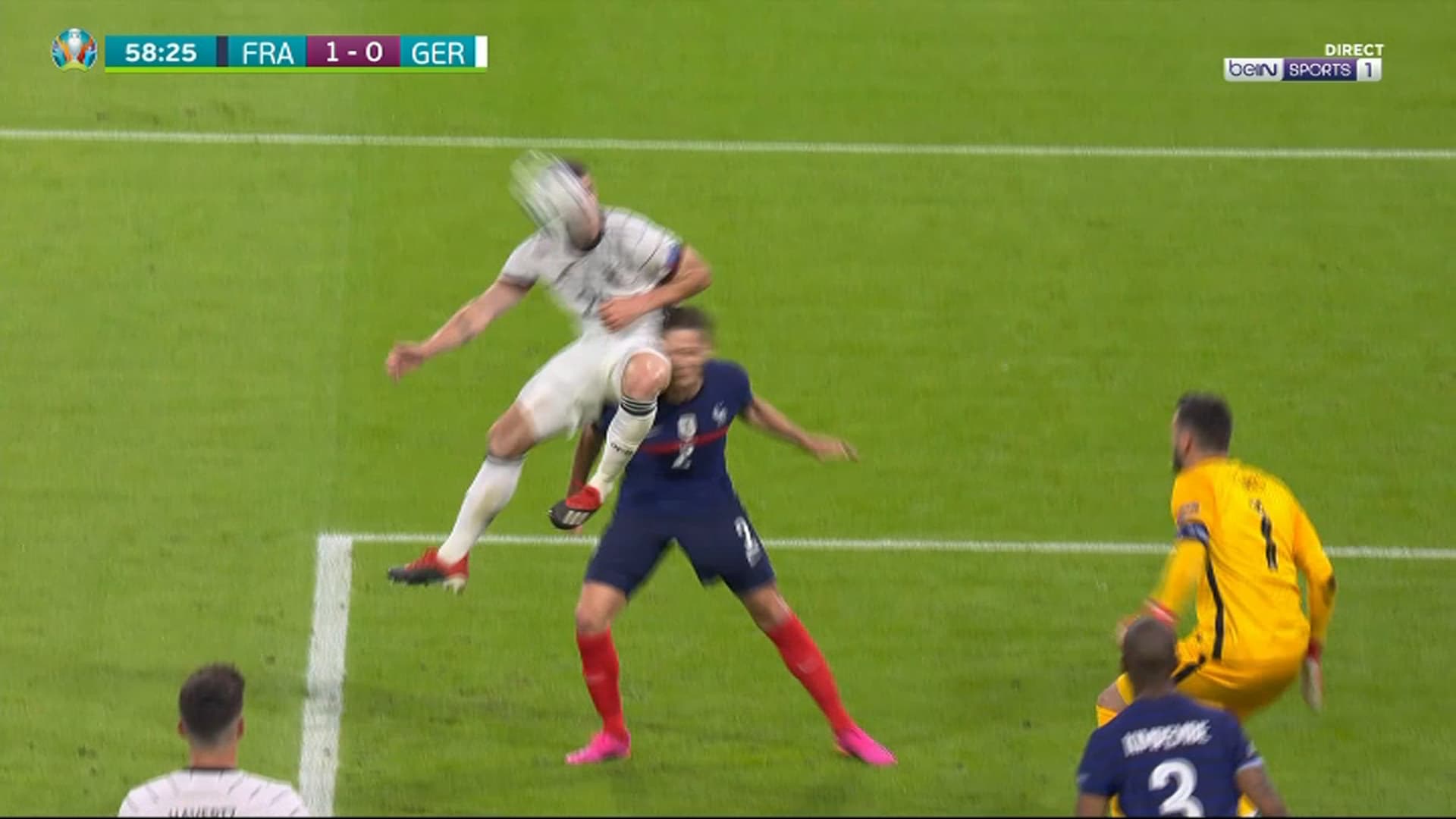 During an aerial duel with Robin Gosens, Benjamin Pavard took a violent blow on the temple from the German defender. The French side stayed long seconds on the ground, stunned after this rough contact. The Bayern Munich player finally quickly regained his place on the pitch.

The shock of this first day of the Euro between France and Germany keeps its promises in terms of commitment and intensity. Benjamin Pavard paid the price in a strong German moment, struck (58th) by the knee of Robin Gosens. The Bayern Munich side took long seconds to regain his senses after the tampon received to the head.

Pavard has resumed his place

However, Benjamin Pavard even quickly regained his place on the field, while Robin Gosens did not receive a card following this blow on the Frenchman. The action started from a Joshua Kimmich cross, where Benjamin Pavard and Robin Gosens were battling in the penalty area.

Stunned, Benjamin Pavard still appeared a little elsewhere. But a quick concussion protocol seems to have been applied by the staff of the France team, allowing Benjamin Pavard to resume his place. If Jules Koundé went straight to the warm-up, the Sevilla player remained on the bench.

Germany have been chasing the score since the 20th minute of play and their own goal from Mats Hummels, put under pressure by Kylian Mbappé and the strong cross from Lucas Hernandez, clearing the ball in his own camp. A few minutes after this clash between Pavard and Gosens, Kylian Mbappé thought to double the stake for the Blues but his goal was refused (66th) for an offside position.