France-Germany: Guy Stéphan affected without seriousness after the microlight accident 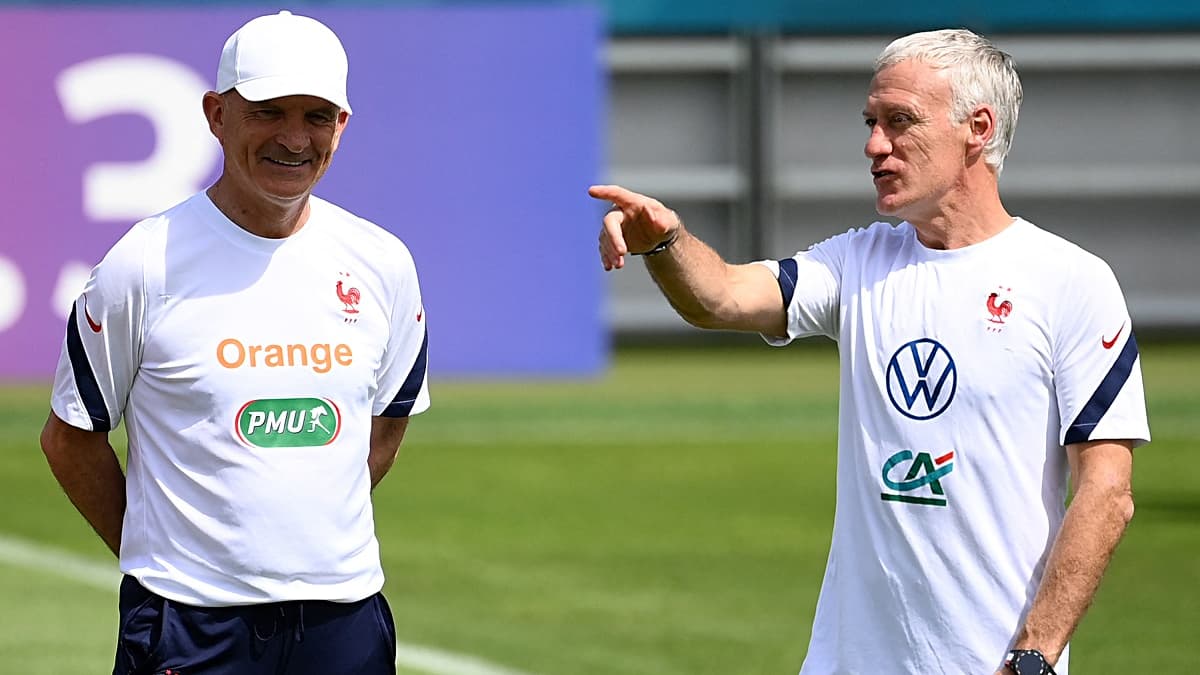 The debris thrown by the flyover of the ULM above the Allianz Arena stadium on Tuesday evening affected, in addition to Didier Deschamps, his deputy Guy Stéphan, fortunately not serious.

The drama avoided before the kick-off of France-Germany (1-0) at the Allianz Arena continues to speak as we put together the pieces of this incident which could have had disastrous consequences, Tuesday evening at Munich.

A few seconds before the start of the meeting, an activist from the environmental association Greenpeace, arrived above the Munich stadium in a microlight type machine, almost crashed in the stands after hitting the cable of the “Spider Cam “, causing” several injuries “.

The pilot on board the machine had difficulty reestablishing control before grazing a grandstand and crashing, without damage, on the lawn of the Allianz Arena. Besides Didier Deschamps who made a small bump on the bench while trying to protect himself, Guy Stephan, was hit by a projectile, without gravity.

The activist narrowly avoided being shot

For the record, the French team has recovered a piece of the ULM, a piece that will go to the Musée des Bleus, in Clairefontaine. the Greenpeace activist, who wanted to take advantage of the holding of this football meeting to draw public attention to environmental protection, avoided being shot.

“Snipers already had it in their sights,” said Interior Minister for the region of Bavaria, of which Munich is the capital, Joachim Herrmann on Wednesday in a statement sent to AFP. “If the police had determined that it was a terrorist attack, he would have paid for it with his life,” he added.

The shooters did not finally give up pulling the trigger until they saw the Greenpeace logo on the para-sail, he explained. The 38-year-old pilot residing in the German region of Baden-Württemberg, in southwestern Germany, escaped the landing unscathed before being arrested.