France-Germany: Gosens risks suspension for his knee strike on Pavard 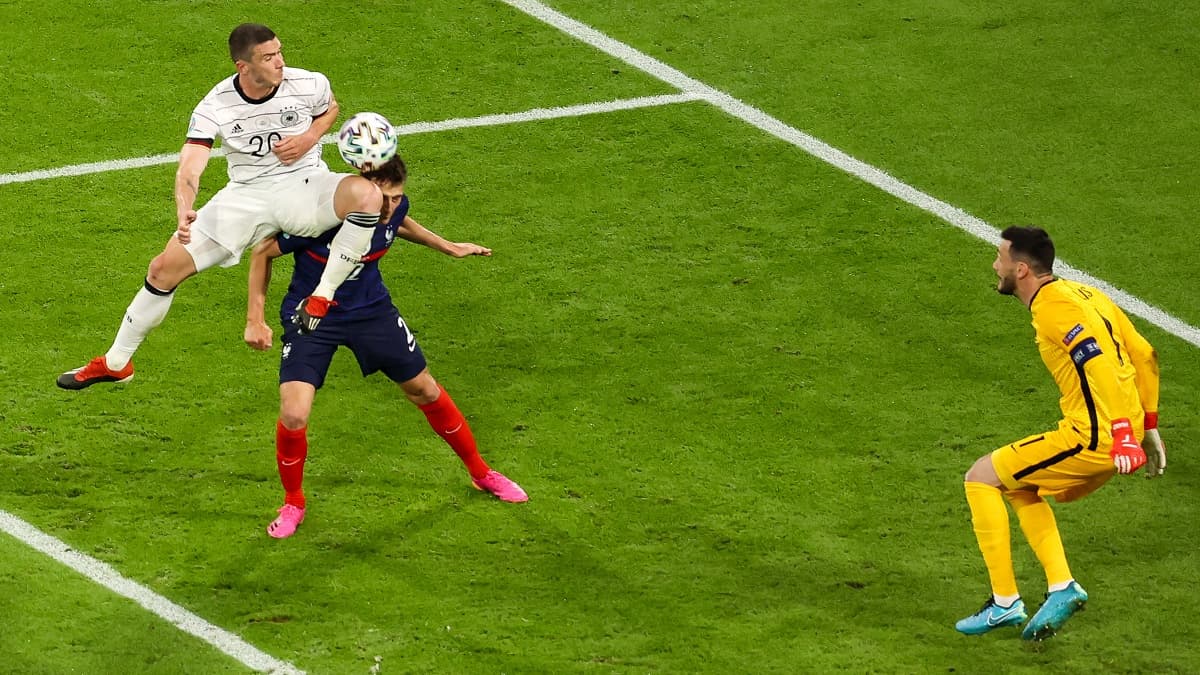 UEFA has opened an investigation into the very dangerous gesture of Robin Gosens on Benjamin Pavard, the German’s thigh having struck the face of the French side. Not sanctioned on the ground, Gosens is under the threat of a suspension.

Robin Gosens is not yet out of the woods. Guilty of a very dangerous gesture on Benjamin Pavard, for which he received no warning on the lawn, the German international risks suspension. UEFA has opened an investigation to find out if the side of the Blues should have stayed on the lawn, but also to study the seriousness of the fault committed on the French, and to ensure that it did not deserve a red.

What is not acquired, even if reading the images, it appears obvious that this gesture should have been sanctioned much more severely. At the hour of play, and while Germany was led 1-0 and pushed to equalize, Gosens did not master anything in a high-flying duel with Benjamin Pavard, which he struck by hitting him at the level of the face. Pavard was nevertheless able to get up and resume the game.

“I took a hell of a shock. I was a little knocked out for 10 to 15 seconds. After that, it was better,” said the player on beIN Sports after the meeting. Recovered from his spectacular shock to the head, Benjamin Pavard participated normally in the scrubbing of the holders on Wednesday, and did not show any outward signs of trouble after being examined once again by Doctor Frank Le Gall, doctor of the Blues, this Wednesday morning. The player is doing well today.