Former selector Sarandeep Singh’s big statement, said- If Hardik Pandya cannot bowl, then it is not suitable for a place in the Indian XI. 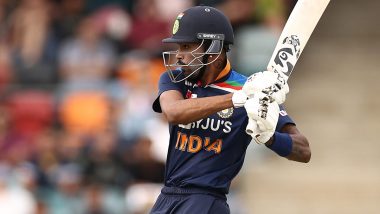 New Delhi: Former India selector Sarandeep Singh’s big statement, said- If Hardik Pandya cannot bowl, then it is not even suitable for a place in the Indian XI, Sarandeep Singh (Sarandeep Singh) has ignored Hardik Pandya from the Test team. Supporting the decision of the committee said that if this all-rounder does not contribute to bowling, then he is not entitled to a place in the small format team. Hardik underwent back surgery in 2019. Since then, he is not bowling regularly and the team is not getting the benefit of his all-round skills. For this reason, he has not got a place in the Indian Test team that went on tour to England. IPL 2021: If Hardik Pandya is out of Mumbai team, then these 2 players are ready to fill his place

Sarandeep’s term ended with a tour of Australia this year. He expressed surprise at the absence of a talented Prithvi Sau for the tour of England.

Former Indian spinner Sarandeep told PTI, “The decision of the selectors to ignore Hardik for the Test makes sense.” He has not bowled regularly since his surgery. I think they have to do 10 overs in ODIs and four overs in T20s to be a part of the playing XI even in smaller formats. He cannot just play as a batsman.