Fans asked Aakash Chopra how much they pay for a match? The player responded in a funny manner 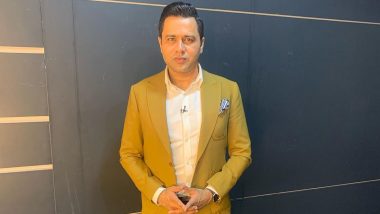 Please tell that people of Akash Chopra’s English commentary are very crazy in the country. People like the way they analyze their matches. It is often seen that during the commentary, Akash Chopra puts his ideas in front of the people with strength and logic. Chopra is currently busy in the 14th season of the Indian Premier League.

Don’t ask the girl her age and the man her salary, Pagle 😜🙈 https://t.co/l8bIQfIjaz

Also read- These 2 experienced players got a big shock due to new contract list of BCCI, out of contract list, these 3 young players become millionaires for the first time

Talk about his cricketing career, he has scored 437 runs in 19 innings at an average of 23.0 while playing 10 Test cricket matches for the country. He has two half-centuries registered in Test cricket. Apart from this, he has scored 53 runs in six innings with an average of 8.8, playing seven matches in the country’s famous tournament IPL. His personal best performance in the IPL is 24 runs.