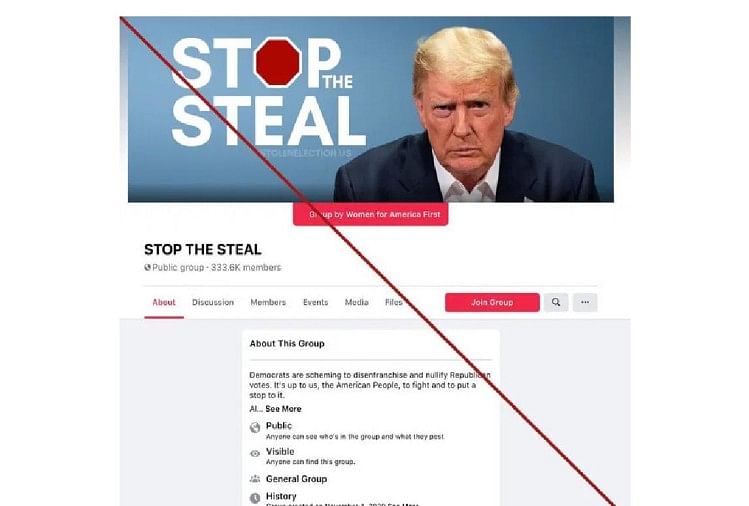 Tech Desk. Facebook on Thursday imposed a ban on a large group called “Stop the Steal” that supporters of President Donald Trump were used to protest against the presidential election counting.
Some members of the group have spoken of violence in this, while many have made the false claim that Democrats are grabbing elections from Republicans.
More than 3,50,000 users had already become members of the group before Facebook’s action. Significantly, after extending the counting day in many states, suddenly several groups have emerged.
Facebook issued a statement saying, “At a time when the tension is at its peak, we have taken the unexpected step to remove the ‘stop the steel’ group”.
Facebook said that it would keep an eye on those who violate its rules and take action against those who do so. By Thursday afternoon, the number of people joining another group on the lines of ‘Stop the Steal’ was increasing and reached 12,000.
Members within the group made false claims of voting fraud and planned a demonstration. His call for violence is unclear, but the Center for Counting Digital Hate shared a photo of a post by the group that said “no side is going to give up”. Time to clean the guns and hit the streets. ”
Imran Ahmed, CEO of the Center for Countering Digital Hate, said the group’s operators also planned to move the group to other platforms. He said that the removal of the eldest also sent a message to others.
Share
Facebook
Twitter
Pinterest
WhatsApp