Europa League: the distress of Manchester United players after their defeat in the final 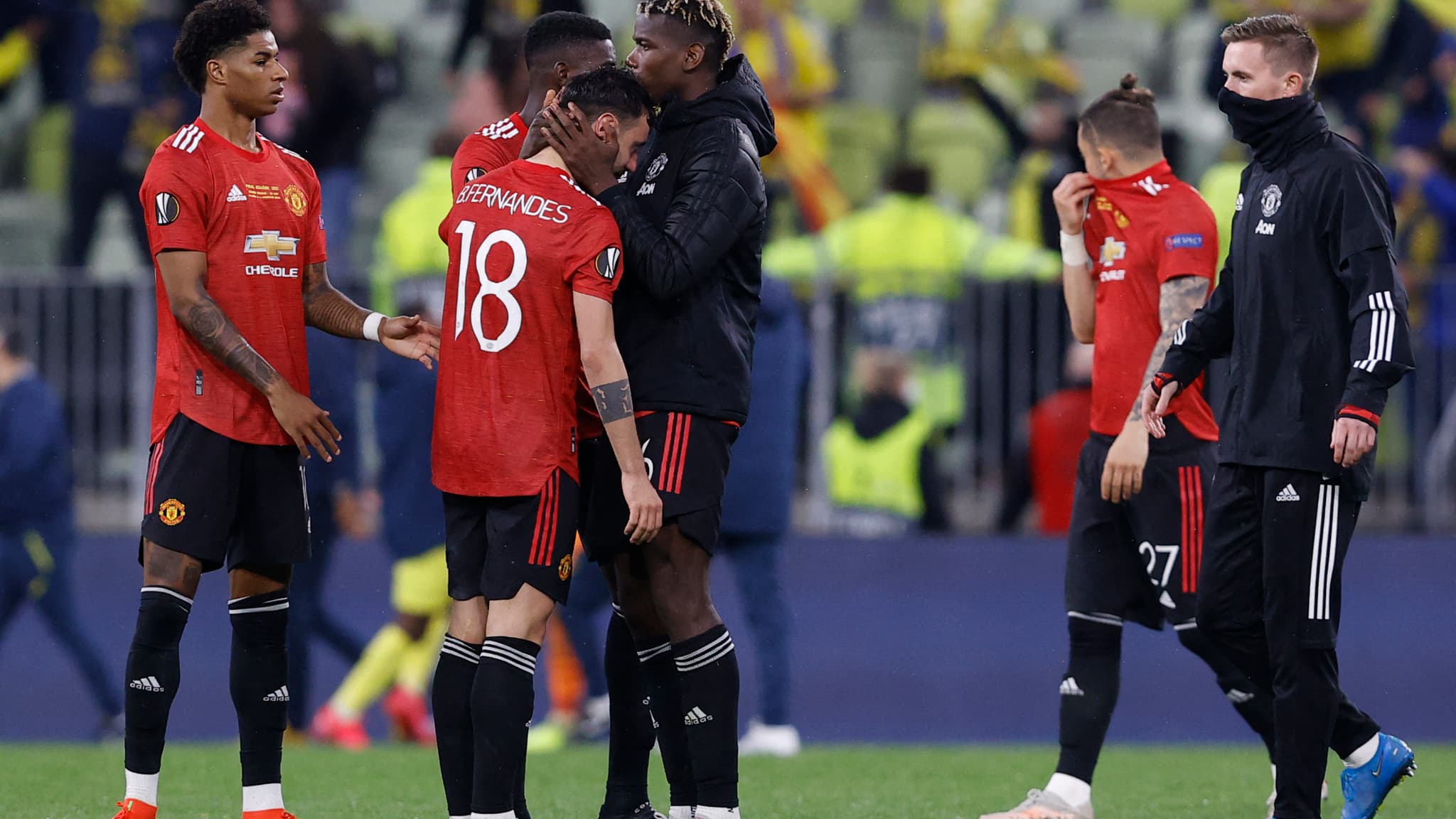 Accused of making fun of defeat, Manchester United players appeared to be affected by their setback in the Europa League final against Villarreal (1-1, 11 tab 10) like Bruno Fernandes or Paul Pogba.

Bruno Fernandes and his thirst for victories did not resist the medal ceremony. The Manchester United midfielder broke down in tears after his team’s loss to Villarreal in the Europa League final (1-1, 11 tab 10) on Wednesday. Several of his teammates remained groggy by the loss of this title, like Edinson Cavani or Marcus Rashford, staring into space. Paul Pogba, for his part, withdrew his finalist medal on the podium a few seconds after receiving it.

Tears were not far from overwhelming Fred and Victor Lindelof. A logical disappointment that contrasts all the same with the criticisms of Paul Scholes, legend of the club. The former midfielder, twice winner of the Champions League with the Red Devils (1999 and 2008), lambasted the lack of emotion among the players at the end of the match.

“Fernandes and Cavani really look like they’re hurt, the others seem to accept that”

“It’s hard to come out of this game and give them credit, they weren’t good tonight,” Scholes told BT Sport after the game. . But does losing hurt them enough? It has almost become an accepted thing. (…) A few players, it does not hurt them. Bruno Fernandes, Edinson Cavani, they don’t like it. They really have it. look like they’re hurt, when the others seem to accept it, handle it. They’ve become a club of good people. “

At the end of the meeting, Ole Gunnar Solskjaer, the manager, appeared with restraint. “It’s calm in the locker room of course, he said. It’s a disappointed locker room. It’s football. Sometimes it’s decided on a kick and it’s the difference between winning and losing. I have to learn from this. “