Euro: why De Bruyne did not celebrate his goal in Belgium-Denmark 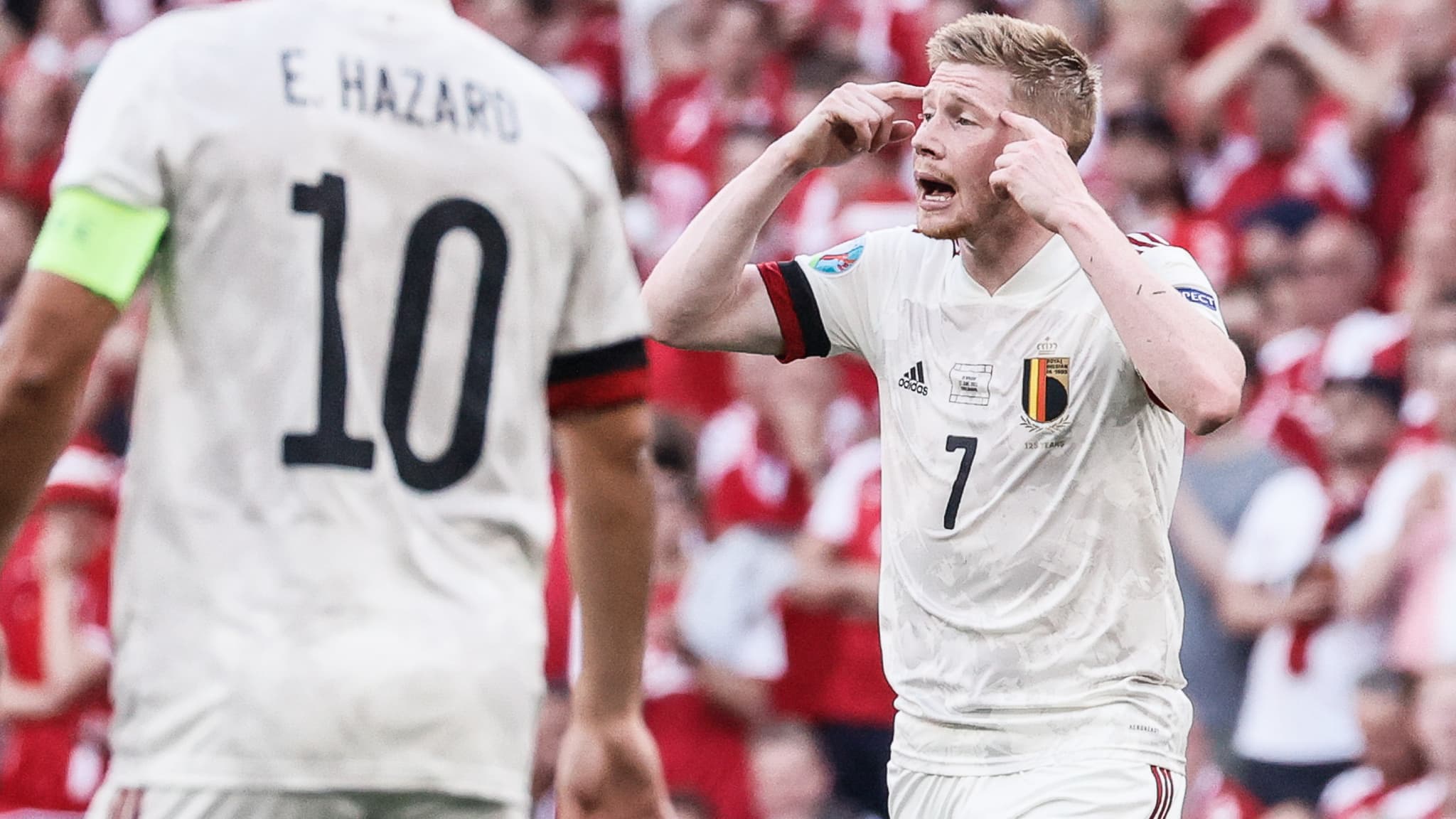 Decisive in the victory of Belgium against Denmark (2-1) on Thursday, Kevin De Bruyne did not respect his goal “out of respect for the Danish supporters”, still marked by the heartache of Christian Eriksen.

Kevin De Bruyne has arrived and everything has changed. Substitute at the kick-off for Belgium’s second match in this Euro, this Thursday against Denmark, the midfielder came into play at half-time. With an assist and then a magnificent shot, he freed the Red Devils and offered them victory (2-1). However, he did not celebrate his goal, explaining that he had “too much respect for the Danish fans”.

“We knew that there would be difficult times against Denmark and in front of this audience, with everything that happened,” said the Manchester City player, referring to Christian Eriksen.

The Danish attacking midfielder suddenly collapsed in the previous match of his selection, against Finland, victim of a malaise. The event really touched the players and fans of the Reds and Whites, while the tributes have multiplied in recent days.

In a meeting very emotional, De Bruyne therefore “did not want” to celebrate his goal, as he explained after the match. He was also visibly frustrated with the way the match unfolded, in which Belgium struggled for a long time before winning.

“In the first half, we had no solution. We still have to improve in these kinds of moments. We did it after the break. In a tournament, there will always be difficult moments,” he said. .

“We must know how to answer it, he continued. Fortunately, we did not concede more than one goal before the break. This allowed us to find a solution, to better put our game. Roberto Martinez me upped the game by asking me to create spaces. I score. ” The main thing is still there for the Red Devils, semi-finalists of the last World Cup, since they have already acquired their qualification for the next round.