Euro: what did the preparation of the Blues’ opponents give? 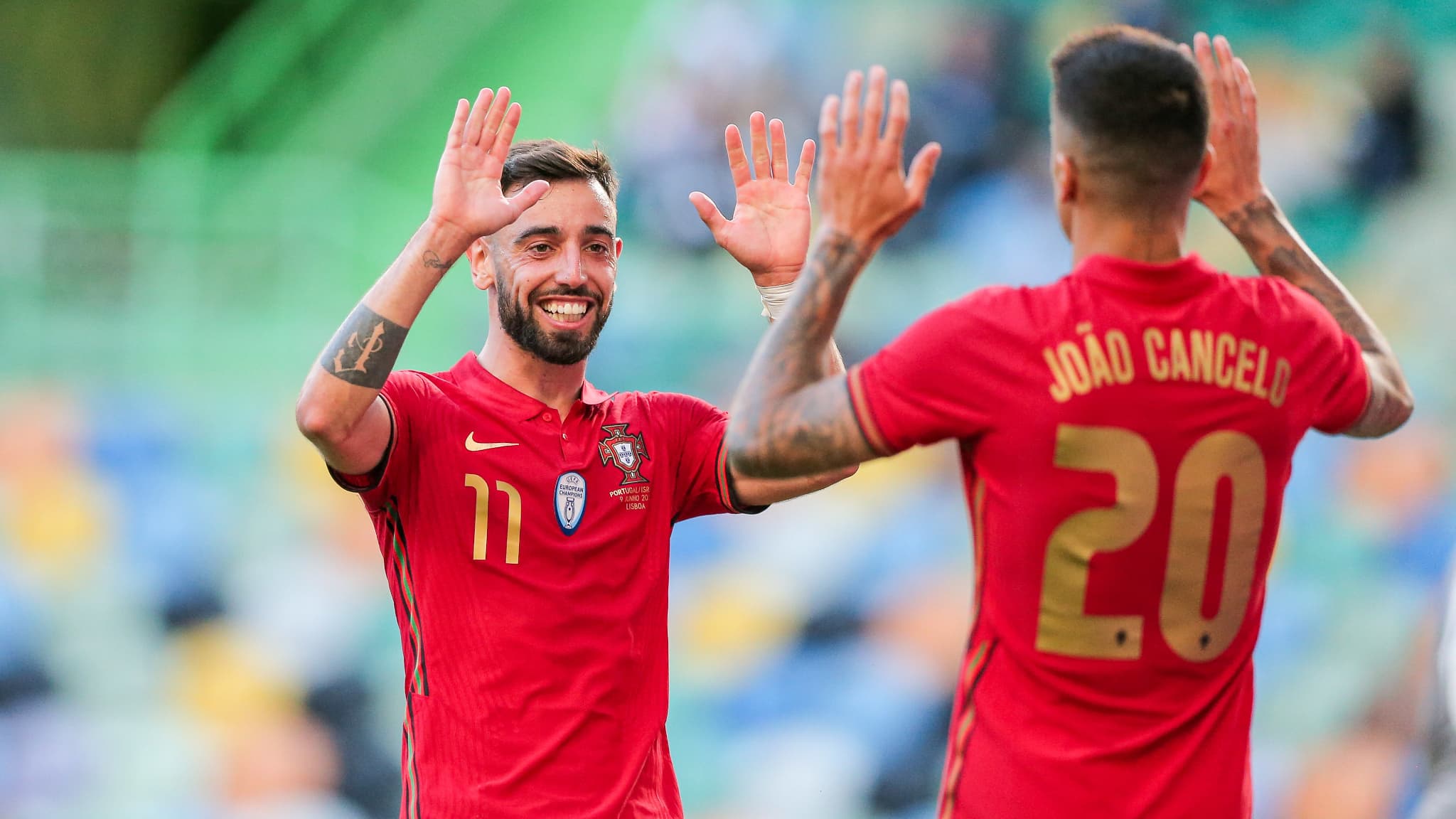 The three opponents of the Blues in the group stage of the Euro – Germany, Hungary and Portugal – have completed their preparation course. What is their balance sheet and their form?

Germany on the right track

Progress, yes, but no euphoria. This is what emerges from the two friendlies disputed by Germany before the Euro. With his thirty-something Mats Hummels and Thomas Müller, back in the selection after two years of absence, the Mannschaft did not do better than a draw against Denmark (1-1), before atomizing Latvians (7- 1) to abysmal weakness. For this final rehearsal, Monday, Joachim Löw had chosen to line up the formation which should almost begin against France on June 15 in Munich. Barring a huge surprise, the Blues can expect to face a 3-4-3 with Joshua Kimmich and Robin Gosens in the corridors, Toni Kroos and Ilkay Gündogan in the midfield, and Kai Havertz or Timo Werner to support Müller and Serge Gnabry at the forefront.

“We did a lot of good things, with good intentions. We still need to improve the intensity and the pressing. In front of the goal we were more efficient, it was one of our concerns in recent months, we surrendered difficult life by not realizing our opportunities “, supported Löw after this reassuring success, but to put into perspective, against Latvia. The balance of this Mannschaft, eliminated in the first round of the 2018 World Cup, humiliated 6-0 in Spain at the end of 2020 and even beaten by modest North Macedonia in March, remains obviously fragile. This was recalled by the draw against Denmark, with spoiled situations and a defense not fully developed.

He is of course the weakest opponent in Group F. Even more in the absence of his best element, the elegant attacking midfielder of RB Leipzig, Dominik Szoboszlai (20). Pointed to 37th place in the Fifa rankings, Hungary had to fight to get its ticket for the Euro. It was in the play-offs, by eliminating Bulgaria and then Iceland miraculously (2-1 success after being led for nearly 80 minutes) that the players of Marco Rossi came out. They have since confirmed their rise to power, for example by dominating Turkey (2-0) last November in the League of Nations or by hanging Poland from Robert Lewandowski (3-3) at the end of March as part of the qualifying for the Cup. world 2022. Before the Euro, two friendlies were on the program of the teammates of former Nantes defender Loïc Nego.

With a success against Cyprus (1-0) and a draw against Ireland (0-0), they stretched their unbeaten streak to eleven games. However, it is difficult to know precisely in what pattern they will present themselves next Tuesday in Budapest to challenge Portugal. “We can expect other types of Euro games, we will have to adopt different tactics from our last two games, having the opportunity to counterattack and build on a solid defense. But I felt that we were missing something in the finish, ”commented Marco Rossi after seeing his team crash on Ireland. He had opted once again for a 3-5-2 with captain Adam Szalai associated with Roland Varga, the center forward of MTK Budapest.

“I know what we have to do to win, I have great confidence in the team.” At the helm of the current European champion selection, Fernando Santos attacks this Euro for the less serene. And he doesn’t seem to be bluffing. Unbeaten since November 14, 2019 and a defeat … against the Blues (1-0) in the League of Nations, his Seleção completed his preparation with a card against Israel (4-0), Wednesday, in Lisbon. With in particular the 104th goal of Ronaldo (in 175 caps), just that, and a brace from Bruno Fernandes, eagerly awaited after having imposed himself in a season and a half as the playing master of Manchester United, a conductor able to impose a rhythm and sting his opponents as few of his colleagues know how to do it.

He will have a major role in the 4-2-3-1 or 4-3-3 that Santos will set up, in support of Ronaldo, Bernardo Silva, Diogo Jota or Joao Felix. Largely domineering against Israel and quite attractive despite a flagrant lack of realism in the first period, Portugal suffered more last Friday against Spain (0-0) in Madrid. Aymeric Laporte and Pau Torres had no trouble blocking Ronaldo and his attacking cronies. Not enough to worry Santos, convinced by what he saw against Israel. “We have managed to rectify several things in relation to the game against Spain. The team has enormous willpower and excellent team spirit,” he stressed, while insisting on “things to improve “by the start of the Euro, in particular” the circulation of the ball “in the offensive phase.