Euro: the nicknames of the 24 selections in competition 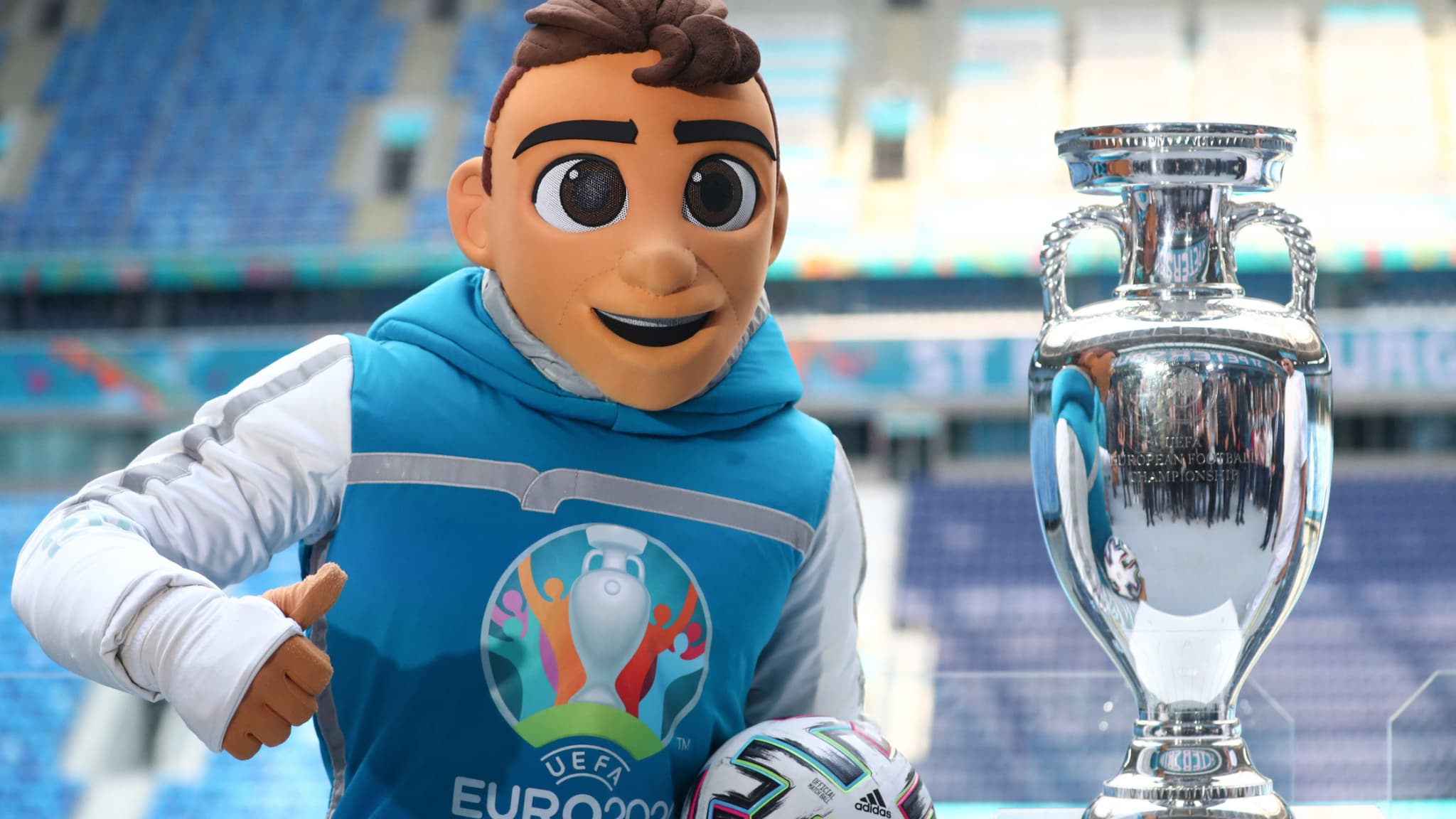 The Euro starts this Friday with the match between Italy and Turkey at the Stadio Olimpico in Rome. In order to shine in society throughout the competition and to play connoisseurs until the final on July 11 at Wembley, RMC Sport invites you to (re) discover the nickname of the 24 selections entered in the continental tournament.

In France, the selection led by Roberto Mancini is readily called “Squadra Azzurra” because of its blue jersey, in reference to the standard of the royal house of Savoy which unified the country from 1870. But beware, this nickname is not used on the other side of the Alps. In Italy, we talk more about Nazionale (understand the national team), to which the adjective Azzurra is sometimes added.

All fire when it comes to the selection, Gareth Bale intends to carry the Dragons (Y Dreigiau, in Welsh) as far as possible and equal the performance achieved in 2016 with a failure at the gates of the final. Unsurprisingly, the origin of this nickname comes from the red dragon, the national emblem, present on the flag of Wales.

It’s not easy to choose a single nickname when you have four official languages ​​(German, French, Italian and Romansh). Xherdan Shaqiri’s teammates are thus decked out with the title of Nati, the abbreviation of Nationalmannschaft or even Rossocrociati (understand the reds with white crosses) which simply refers to the Swiss flag.

Scarecrow of this group A, the Turkey of Burak Yilmaz has a real shot to play this year. Its nickname Ay-Yildizlilar (which can be translated as Star Crescent) directly refers to the country’s flag consisting of a crescent moon and a five-pointed star.

Dressed in red, the partners of Kevin De Bruyne and Eden Hazard intend to win their first major trophy and finish with the post-2018 “seum”. For that, it will be necessary to honor their nickname of Red Devils and thus show the same desire which had pushed the journalist Pierre Walckiers to give them such a name in April 1906, following a demonstration against the Netherlands (5- 0).

Surprise semi-finalist of Euro 1984 in France, the selection of Northern Europe has acquired the nickname of Danish Dynamite (Danish Dynamite). As early as 1986, the Re-Sepp-Ten team anthem by VM Holdet was a hit and the nickname stuck to accompany De Rød-Hvide’s other more classic appellation (the Reds and Whites).

The story behind the Scandinavian national team’s nickname is worth seeing even though it only dates back to 2007. The friendly nickname Huuhkajat (eagle owls) was born after the Euro 2008 qualifying match between Finland and Belgium.

An owl flew over the pitch then landed on a crossbar causing the game to be interrupted in Helsinki. After the victory, fans saw the animal as a good luck charm, and the nickname stuck.

First winner of the Euro in 1960, the USSR disappeared and gave way to Russia. Despite the years, the national team remains a national symbol and its nickname the Sbornaya (the national team) shows the pride it still arouses for the Russian people.

Not much originality on the part of Austrians when choosing a nickname. The partners of David Alaba and Marcel Sabitzer are thus decked out with a classic Das Team (L’Equipe). No more, no less.

In sporting terms, we don’t necessarily expect a big performance from North Macedonia. But we must admit that the nickname of the team claps. If they are readily called the Red and Yellow in reference to the colors of the national flag, the partners of the eternal Goran Pandev are also nicknamed the Red Lions because of the animal present on the unofficial coat of arms of the country.

The downside of not hosting a Euro match in France is that we will not see a huge contingent of Dutch supporters disembarking in their mythical orange tunic. A jersey color and a nickname, the Oranje, which refers to the royal family of the Netherlands, the House of Orange.

Summoned to change shirts by UEFA due to a territorial conflict with Russia, the Ukrainian sometimes shares the same nickname as her neighbor and rival. But if the sobriquet of Sbornaya appears sometimes, we will most often prefer that of Zbirna (the Selection) to present the team led by national legend Andriy Shevchenko.

Present on the national team’s coat of arms, the three leopards represented on the royal coat of arms come from the Plantagenêt family and also gave their nickname to the selection the Three Lions (the three lions). Favorite of this Euro as well as France or Belgium, England hopes to roar throughout the competition and crown its Prince Harry Kane.

Finalists of the last World Cup, the teammates of Luka Modric and Dejan Lovren are not for all that among the big favorites of this Euro. But those nicknamed the Vatreni (the Flamboyants or the Ardents) will be keen to shine and illuminate the continental tournament, thanks to their polished game.

England’s historic rival, the Scottish team will be keen to win against their neighbor in a duel scheduled for June 18 at Wembley. And to dominate the Three Lions, “The Tartan football team” hopes to be inspired by warriors clad in kilts. In history, the tartant was used to display the colors of the various Scottish clans at the time of battles, and in particular during the conflicts against England.

Without claiming the final victory, the Czech Republic could pose big problems to its rivals of group D. The nickname of Narodni tym (the National team) remains rather sober but sometimes leaves room for that of Reprezentace (literally, The Representation).

Titled in 2008 and 2012, Spain trembles because of the coronavirus and the positive test of Sergio Busquets. For the rest, Roja’s nickname comes from her red tunic. The hottest fans will prefer that of Furia Roja (the Red Fury) in memory of the flamboyant play of the selection at the 1920 Olympics and the silver medal won against Belgium, the host country.

Contender for the Golden Ball after an exceptional season with Bayern, Robert Lewandowski will try to guide Poland to a resounding feat during the Euro. The two nicknames of the national team: the Bialo-czerwoni (the Whites and Reds) and the Biale Orly (the White Eagles) refer to the country’s coat of arms, a white eagle on a red background.

Former OM defender Tomas Hubocan and interior player Milan Skriniar are among the 26 Slovakian players called to play the Euro. On paper, the Slovak selection is not scary but it will still be necessary to be wary of the Sokoli (the Falcons) determined to make the bookmakers lie.

Even without Zlatan Ibrahimovic, Sweden could well manage to get out of Group E. The Blagult (the Blues and Yellows) will rely on a team that knows each other by heart even if the recent positive tests of Dejan Kulusevski and Mattias Svanberg have carried a severe blow to the ambitions of the Scandinavian group.

In France, it’s impossible not to know the Mannschaft nickname given to the German team. But across the Rhine, it was not until 2015 that the selection officially seized this appellation. Fans readily prefer that of Die Nationalmannschaft (the National Team) or even Nationalelf (the National Eleven) or the DFB-Elf (the Eleven of the DFB).

Sometimes called the Tricolores in reference to the blue-white-red flag, the players of the France team have acquired their letters of nobility under the nickname “the Blues”. A fairly clear reminder of the color blue, which has been chosen as the main color for France’s jersey since 1920.

There again, little originality in the nickname chosen for the Hungarian formation. Valogatott (the Selection) allows the population to make the national team their own. Some local supporters also like to call it Magyarok (the Magyars) or even the magical Magyarok in tribute to the selection of the 50s led in particular by the legendary striker Ferenc Puskas.

Defending champion, Cristiano Ronaldo’s Portugal hopes to double the stake this year. For this, the Seleção (the selection) will have to get out of the group of death. In order to avoid confusion with the nickname of the Brazil team, some will prefer to call Fernando Santos’ group the Seleção das Quinas (the selection with the shields), in reference to the five shields appearing on the Portuguese flag.