Euro: the Blues are aiming for first place, which would change everything for their table 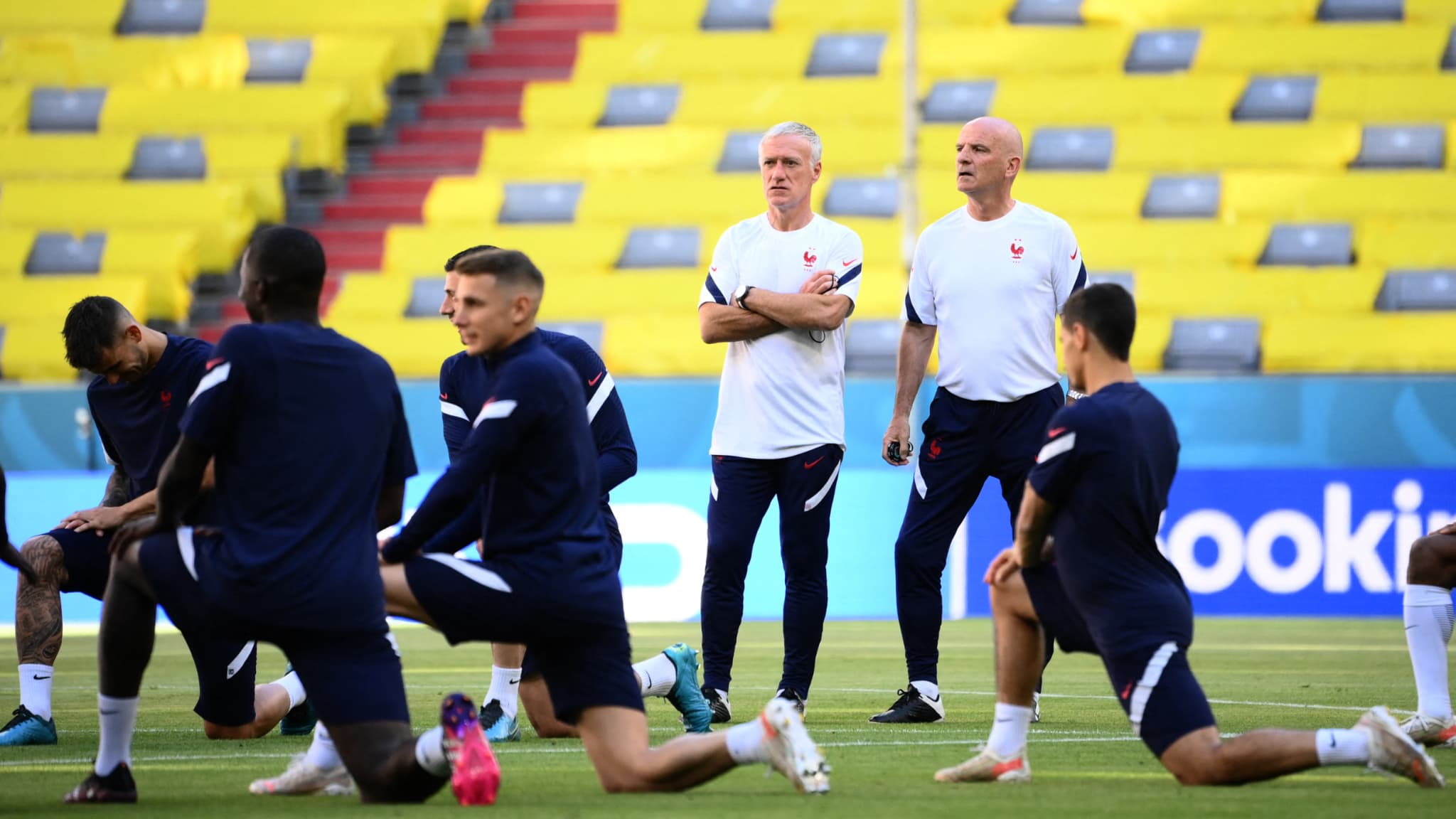 The France team launches its Euro this Tuesday evening against Germany, without looking beyond the hens for the moment. But to come out first of this group of death would offer a priori a more affordable course than a second place for example.

It is not yet time to calculate. The France team begins its Euro on Tuesday against Germany (9 p.m.), escorted by the status of favorite. And serious adversity. She is in the group of death, the F, along with Portugal, the reigning European champion, and Hungary, an allegedly weaker opponent but enjoying the playing advantage in two of her three home games, in a packed stadium. The primary mission of Didier Deschamps’ men will be to qualify for the knockout stages.

It seems achievable in this format with 24 teams which grants a ticket to the first two of each pool and to the four best thirds (out of six). The classification of the Blues will however be decisive for the rest of the competition. If logic is followed, first place should offer a less formidable opponent in eighth, than in third place.

If they finish first, Hugo Lloris’ teammates would face third in group A (Italy, Switzerland, Wales, Turkey), B (Belgium, Finland, Denmark, Russia) or C (Austria, Netherlands, Ukraine, North Macedonia). Unless there are notable poor performances, they should avoid Italy, Belgium and the Netherlands.

Second place would be much less cheerful with a round of 16 against the first in Group D, potentially England who would then play at home (Wembley). Croatia, beaten by the English (1-0) at the opening, lost ground but remains in the race. The Czech Republic, victorious over Scotland for its entry into the running (2-0), can also aim for the throne of this group.

By finishing among the four best third, the Blues would expose themselves to a very delicate situation since they would face either the first of group B (Belgium?) Or of group C (Netherlands?). The identity of the opponent will depend on where the groups of the other three best thirds come from.

Fourth place is synonymous with elimination. The 24-hour format still blurs the contours of the rest of the course which will start off very strongly this Tuesday, facing one of the serious contenders for the title.

The potential round of 16 for the Blues

In case of first place

In case of second place

In case of third place