Euro: still doubts for Germany before facing the Blues 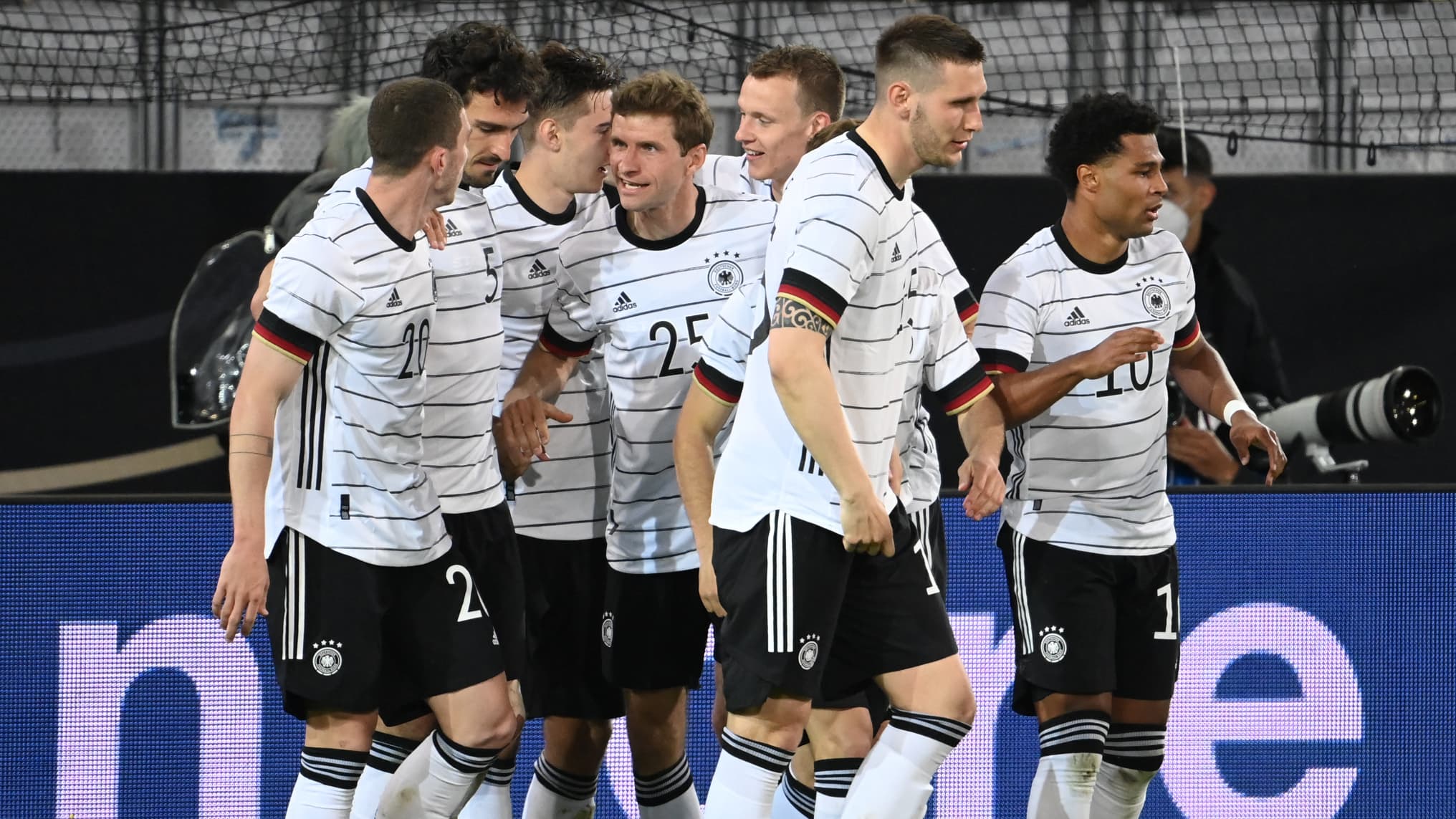 Opposed Wednesday in Denmark (1-1) in a preparatory match for the Euro, Germany showed a convincing face for an hour, before falling back into its pitfalls. He still has a lot of work to do before his meeting with the France team, set for June 15 in Munich.

Karim Benzema is not the only player to have made his big comeback on Wednesday. In the Austrian Tyrol, near Innsbruck, two other thirties have returned to the international scene. For the first time since autumn 2018, Mats Hummels (32) and Thomas Müller (31) played again in the German jersey. A contrasted return since the Mannschaft, the Blues’ first opponent at the Euro (June 15), did not do better than a draw against Denmark (1-1). Pitifully eliminated in the first round of the 2018 World Cup in Russia, humiliated 6-0 in Spain in the League of Nations at the end of 2020, and even recently beaten by North Macedonia (2-1) in the context of qualifying for the next World Cup, this selection continues to move forward in the blur. Without certainty, without guarantee.

As is often the case in recent months, Joachim Löw has seen “the shadow and the light” against the Danes of Christian Eriksen, author of a sublime assist for Yussuf Poulsen. “We had good intentions, we defended well collectively, it was better than in previous matches, but we are making life more difficult on our own, with a little carelessness that brings the goal of Denmark,” said – he recognized after the meeting, aware that his team has a lot to be forgiven by its supporters. Deprived of its four Champions League finalists (Timo Werner, Kai Havertz, Antonio Rüdiger and Ilkay Gündogan), Germany has regained some cohesion in its game, showing progress and mastery for an hour. Before disappointing, again.

Doubts about the gaming system

While they opened the scoring thanks to Florian Neuhaus (48th), the 2014 world champions failed to make the break, to kill the suspense. And at the same time they fell back into their defensive failures. “It was intense. We saw a lot of good things, but in the second half we had a phase where we did not go too much in the duels. We were quite clear offensively, in the end the result was frustrating. We had touched twice the amounts, we could have had a little more luck … “regretted Müller, who gave him a copy clean enough for his return, while giving the impression of sometimes doing too much, like if he wanted to prove his importance in this team.

“There were a lot of good things. But we are still in the process of waiting. We do not know in which system Germany will play at the Euro. Löw put back a three-behind defense with Hummels, Niklas Süle and Matthias Ginter, when we thought he was going to return to a classic 4-2-3-1. Löw has to be responsible, make the right choices. If he crashes completely, Germany could even get out as soon as possible the group stage. Against Denmark, we saw a good team from Germany, but not a great team from Germany. There is still a lot of efforts to be made “, insisted in the After Foot, Polo Breitner , German football specialist for RMC Sport. There remains at the Mannschaft only one meeting against Latvia, Monday, to perfect its automatisms before facing the Blues of Benzema in Munich, then Portugal (June 19) and Hungary (June 23).