Euro: should we broadcast the images of Eriksen’s discomfort? 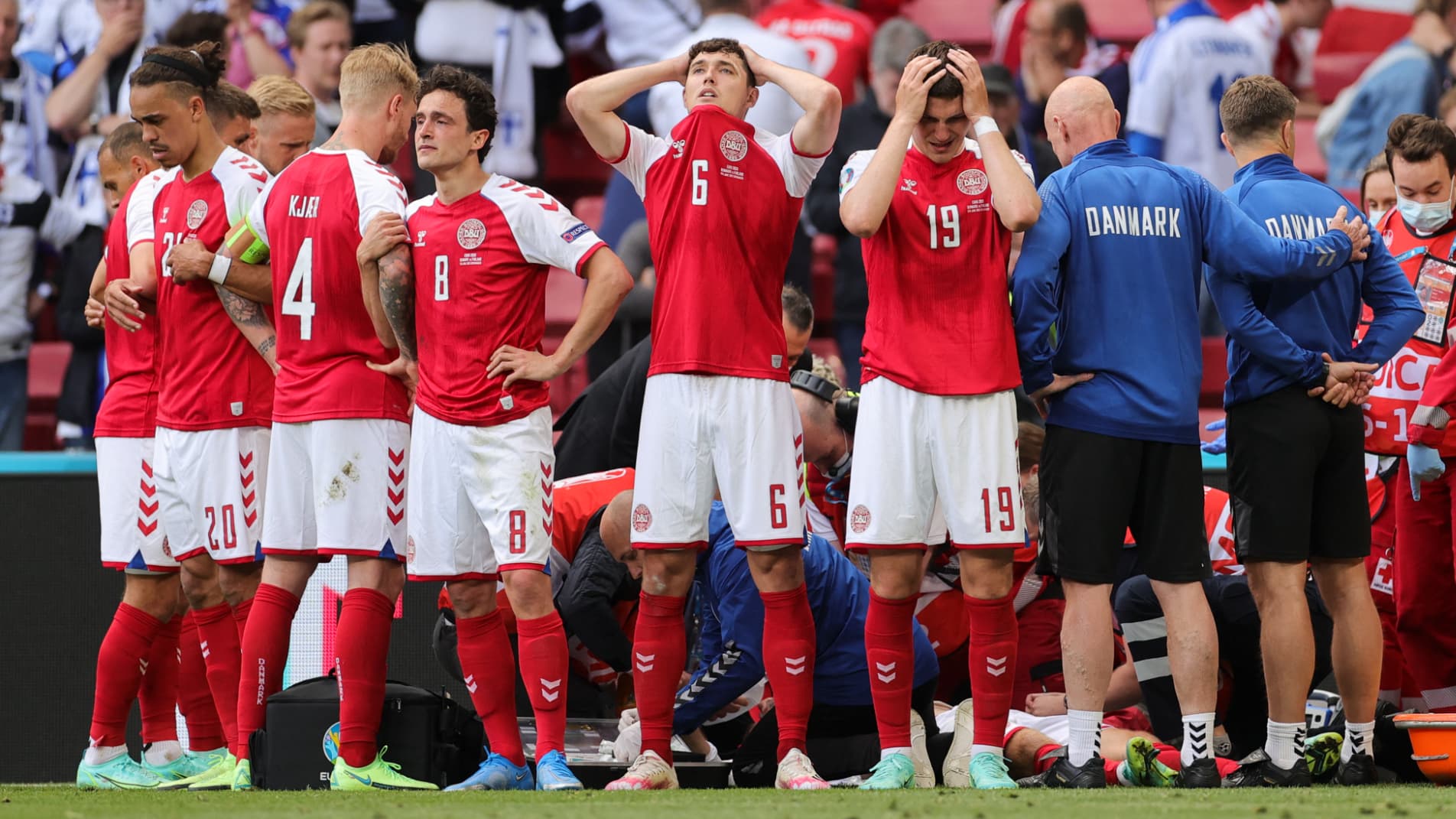 In Europe, some broadcasters including the BBC have apologized for showing footage of Dane Christian Eriksen’s heart failure on Saturday in the Finland game. The dissemination of the images shocked some.

The images of the Danish Christian Eriksen’s heart failure, Saturday during the Euro match between his team and Finland, shocked some viewers, giving rise to a controversy: should they really be broadcast?

Opinions are divided in Europe: the BBC and Finnish public television have thus apologized while other broadcasters justified their choice by the need to show the strong emotion that reigned at the Parken Stadium in Copenhagen.

The emotion was necessarily very great in Denmark, concerned first and foremost by what was experienced as a national shock, since Eriksen is one of the executives of the Danish selection and the meeting took place in Copenhagen. “If we had known that there would be two, three or four shots that would cross the line, we would have preferred not to show them,” tweeted Kim Mikkelsen, the head of sports of the Nordic Entertainment Group, which owns the streaming service. Viaplay, broadcaster of the Euro in Denmark.

The manager recalled that the channel was using the signal provided by UEFA: “When we were on the signal (provided by UEFA), these images were broadcast on Viaplay. In hindsight, we would have preferred to avoid that”, he said on Danish public television. In Finland, the public channel Yle apologized: “The international signal contained too many tight shots (…) We will learn the lessons of this incident”, assured the general manager of the channel Marja Ylä-Anttila.

In England, the BBC apologizes

The time taken by the BBC to return to the stage and stop broadcasting the images was all the more shocked in England, the images of “streakers”, these people who invite themselves on the ground, often in the simplest device , are immediately blocked. The BBC apologized in a statement: “We apologize to anyone who may have been shocked by the footage shown. The broadcast in the stadium is monitored by UEFA, as the host broadcaster, and as soon as the match has been suspended, we ended our retransmission as quickly as possible “.

“I understand that some of you were shocked by the footage shown (so were we). Obviously those footage were of the host (broadcaster) and out of our control. They should have stayed on a wide shot of the stadium. All of them. our apologies “, also tweeted the former England international Gary Lineker, reconverted TV presenter, who animated the set around the match.

In Germany, the president of the Union of Journalists, Frank Überall, strongly criticized the public channel ZDF: “I find it intolerable that the resuscitation of the footballer has been shown live for so long. It is irresponsible and contrary to the “Journalistic ethics. Journalism must not fall into this type of voyeurism. The ZDF must reflect on this gross error,” he said.

Channel sports chief Thomas Fuhrmann dismissed the criticism, saying the attitude of his live team had been the right one. He also defended the director’s choices: “When the severity of the discomfort appeared, there was no close-up or any other inappropriate image,” he said.

No controversy in Spain

In Spain, these images are not the subject of debate: the match was broadcast on the Cuatro, and the images broadcast were the same as everywhere else. La Cuatro and most of the media then took to Twitter or posted numerous photos of the players and supporters in tears, of the medical team transferring Eriksen or of the player’s wife who was in tears at the sidelines.

In France, beIN trusted the producer

BeIN, the exclusive match broadcaster for France, recalled receiving the international signal from UEFA. “We trusted the producer who was there for the choice of putting this or that image on the air,” Florent Houzot, editorial director of beIN SPorts, told AFP. He praised the work of the director, whom he said he knew and of which according to him “all the proposed shots were very respectful of the person of the player”, with “the widest possible shots of images”.

Then, when the channel’s management saw that the player was receiving a cardiac massage on the lawn, “with images that were very wide (…), we decided to go instead to the images offered in the stands and the public “. “We do not return to the stage to say nothing and above all, we decide not to rebroadcast anything”.

The director denies having done “voyeurism”

The director of the match, the Frenchman Jean-Jacques Amsellem, explained himself in the sports daily L’Equipe, published on Sunday, indicating in particular to have followed the instructions of the UEFA: “We were told especially not to make a plan tight, nor of plan of the cardiac massage, but there was no problem to film the emotion (…) We showed the sadness and the distress of the people, on the side of the players, the staff and the public. We also felt a union in this moment of great anxiety, it had to be transcribed. I don’t call it voyeurism “.