Euro: Lukaku explains why he will keep kneeling 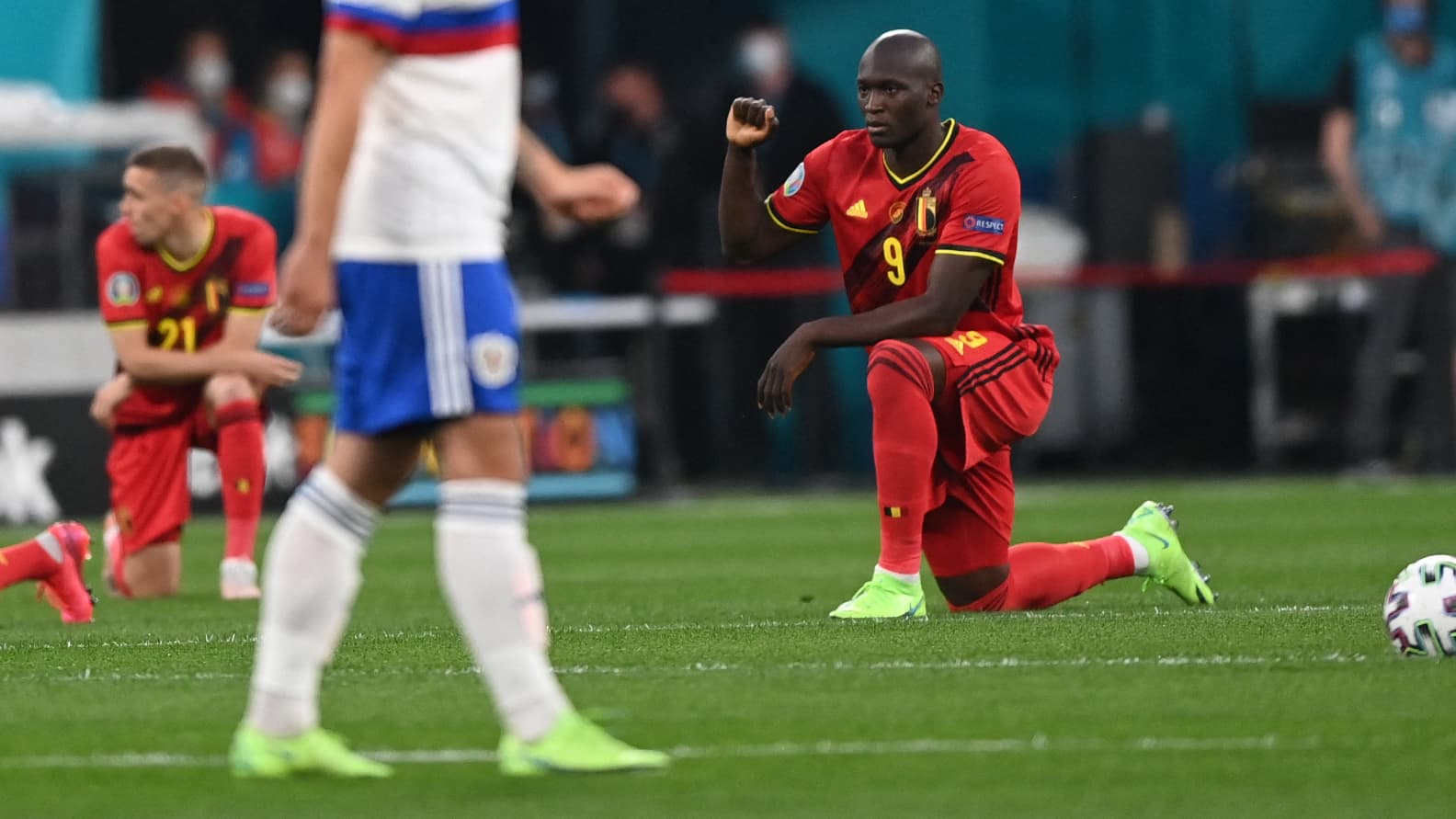 If the Belgians were whistled in Saint Petersburg before their Euro match against Russia (3-0) last Saturday, Romelu Lukaku intends to continue to drop to one knee.

It is not whistles or criticism that will stop it. Romelu Lukaku intends to continue to drop his knee and raise his fist before his matches, as a sign of support for the fight against racism.

“I am not fighting just for Black Lives Matter, I am fighting for all kinds of discrimination. We are in 2021 and we must respect all people,” said the Inter Milan striker on Wednesday at a press conference . Last Saturday, Lukaku and the Red Devils were copiously booed by the Saint Petersburg public before their Euro meeting against Russia (3-0), while the Russians remained standing.

Whistles also against the English

“What the Russians did before the game, I don’t watch,” Lukaku said. “A Russian player apologized after the meeting to me.” The knee to the ground gesture has multiplied all over the world, and therefore in the world of sport, to denounce racism after the death on May 25, 2020 of George Floyd, a 46-year-old African-American, during his arrest by the Minneapolis (Minnesota) police. It has also become a gesture of discord at the Euro, the selections seeming divided on this subject, like the supporters. Whistles descended from the stands at Wembley Stadium on Sunday as the Three Lions dropped to one knee before facing off to challenge Croatia.

No knee to the ground for the Blues

The Blues had initially planned to do so before the kick-off of their Euro match against Germany (1-0) on Tuesday night in Munich. They finally gave up. “It was a collective decision, said Hugo Lloris after the meeting on RMC. We assume that if we have to do it, all the nations must do it with the support of UEFA. This is the case in Premier League, where the movement has been together and united. In this competition, it is less the case. This does not mean that we do not support the cause, we especially do not want racism in our sport and in the society.”

“It is true that today it is not the same symbol as at the beginning compared to this very strong gesture, added Raphaël Varane on Wednesday at a press conference. Today it is more a symbol tension or tension over the fact that one team can drop the knee and another team cannot. “

“There is no collective momentum, a clear and strong message unanimously, he added. So the message is not what we want. We made this decision together, the players . (…) If there is a clear and unanimous message with all the football teams, obviously the France team will be the first to support a cause as important as powerful as the fight against racism and discrimination. “