Euro: fan seriously injured during England-Croatia after falling from a stand 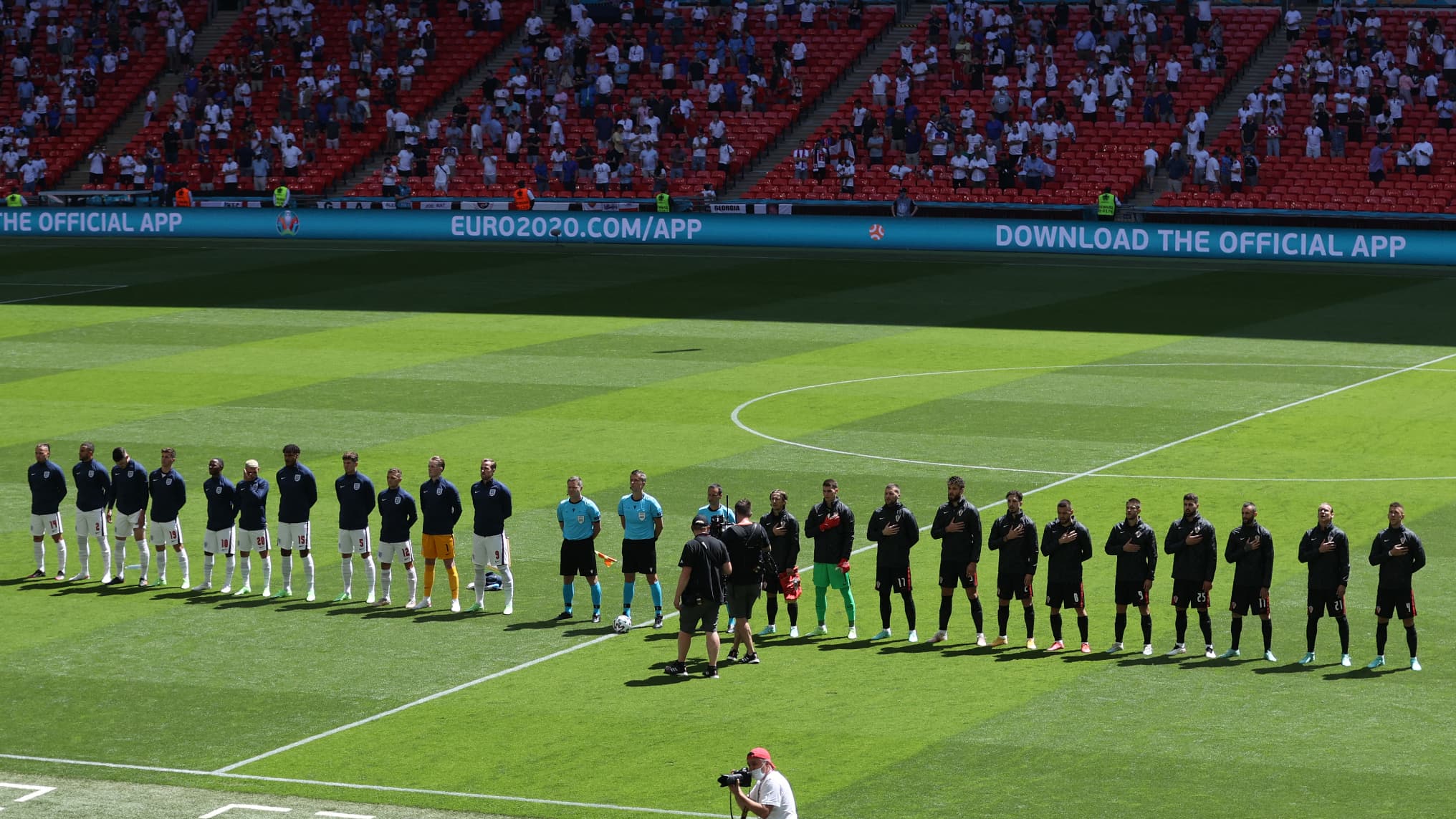 The English press reports that a fan was taken to hospital in serious condition after falling from a stand at Wembley on Sunday at the start of the Euro meeting between England and Croatia.

According to information from the Evening Standard, a supporter was seriously injured after falling from a stand at Wembley Stadium, this Sunday afternoon, during the Euro match between England and Croatia (1-0 ). The accident would have occurred at the time of the kick-off, around 3 p.m. After receiving medical treatment on the spot, this fan was transported to a hospital in serious condition.

“We saw his legs go through the barrier, then he fell and hit the ground. A guy who was near us and saw it all was crying,” a witness told the London Evening Standard. “We will continue to work with UEFA to ensure that the matter is fully investigated and we continue to monitor the situation,” a spokesperson for Wembley stadium told the London newspaper.

This accident had no impact on the holding of the meeting. For his debut in this Euro, England dominated a disappointing Croatia (1-0) for the first poster of Group D. The only goal of the match was scored by Raheem Sterling on a nice opening from Kalvin Phillips (57th) . Gareth Southgate’s players will follow on Friday against Scotland, still at Wembley, while the Croatian vice-world champions will try to recover against the Czech Republic in Glasgow.

Saturday, the second day of the tournament was marked by the heartache of Christian Eriksen during the meeting between Denmark and Finland. Towards the end of the first period, he collapsed abruptly on the pitch and the match was stopped, before resuming in the evening. The Inter Milan midfielder, who spoke with his teammates this Sunday morning, is still hospitalized in stable condition.