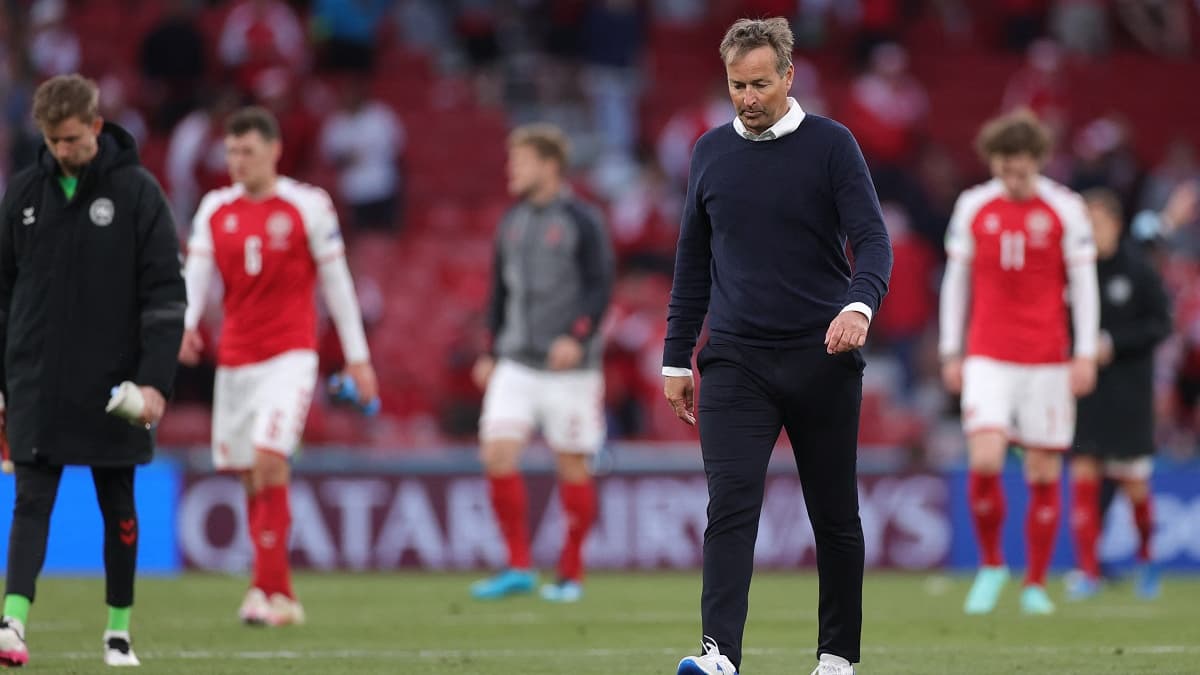 Denmark coach Kasper Hjulmand said the game against Finland should not have resumed after Christian Eriksen suffered from heart failure.

In the aftermath of the appalling cardiac arrest of Christian Eriksen, which could have cost the life of the Inter player without the rapid intervention of the medical teams on the ground, Danish coach Kasper Hjulmand considered that the match against Finland ( 1-0 defeat) should not have resumed. The midfielder suddenly collapsed on the pitch shortly before half-time (43rd), forcing the referee to interrupt the game.

“I think it was a bad decision”

The match then resumed and ended in a defeat for the Danes (1-0). “It was a bad decision, he explained at a press conference on Sunday. The players were in shock. They did not know if they had lost their best friend. We should not have played. . But it’s difficult. That’s my feeling. It was a very hard message whether the players are making the decision to play or not. I think it was a bad decision. “

Kasper Hjulmand was nevertheless delighted to have seen “Christian smile” during a conversation at the start of the day. For all the players still marked by the violence of the scene, the coach promises to help them “as best as possible”. “We will give the time needed for some, it will take more time for others,” said the coach. It is not something that we get rid of like that to move forward. “