Euro: Croatia stumbles on the Czech Republic but remains alive 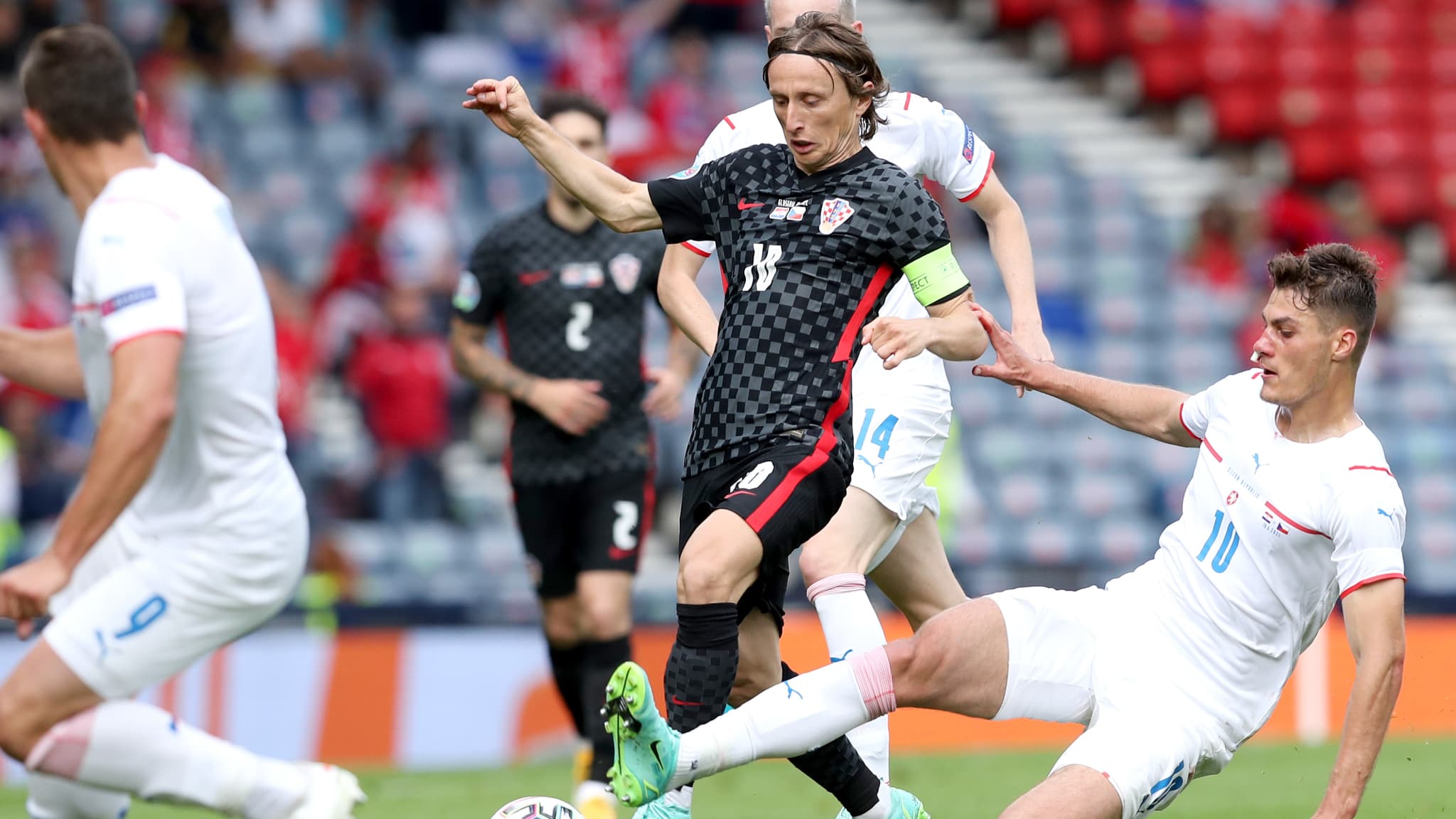 Led and badly embarked, the Croats saved a point against the Czechs (1-1) this Friday in Glasgow. They can still hope to catch the knockout stages of the Euro.

No winner between Croatia and the Czech Republic (1-1) this Friday in Scotland. Resumed while they were leading in the score, Patrik Schick and his band can still be satisfied with this draw which allows them to get closer to the knockout stages. Leading Group D with four points, they are one unit ahead of England, who will challenge Scotland at Wembley (9pm) in the evening. Croatia, beaten last weekend by the English (1-0), remains alive. And can especially hope to finish among the best third, provided they beat Scotland next Tuesday.

This time, he didn’t score from a 45-yard lob. But he still responded present. After his nice double successful Monday against Scotland (2-0), Patrik Schick knew he was expected and necessarily watched by the Croatian defense. He did not disappoint. At ease in duels, very clever in his calls and invaluable in the deviation game, he imposed a real fight on his bodyguards. Above all, he once again made the nets tremble in Glasgow. Here he is at the top of the scorers classification of this Euro, with three achievements, in front of clients like Romelu Lukaku or Ciro Immobile. Against Croatia, it was he who opened the scoring on a penalty – validated by the VAR – which he obtained, after being nudged by Dejan Lovren, and that he himself – even responsible for transforming (37th). A goal celebrated with rage and passion by the center-forward Bayer Leverkusen, less visible in the second half, like his attacking partners.

Timorous and out of ideas for 45 minutes, jostled for construction by more biting Czechs, the Croats waited until the start of the second half to wake up. With an inspired Ivan Perisic. On a quickly played free kick, the 32-year-old striker erased a hook Vladimir Coufal, remained planted on the ground, before unleashing an overpowering strike from the left to clean the skylight of Tomas Vaclik (47th). A goal that rebalanced the debates in this part. While they seemed well in place, the Czechs suddenly backed down, offering their opponents some ammo to take the lead. Before finding a second breath at the approach of the last quarter of an hour. But on each side, the defenses did not give up. With sometimes a little success for the Czechs, as on this attempt by Nikola Vlasic passed just next to the goals of Vaclik (72nd). Almost frustrating for the vice world champions.