Euro: "Call me!", Yarmolenko’s little joke on the "Coca Gate" by Ronaldo 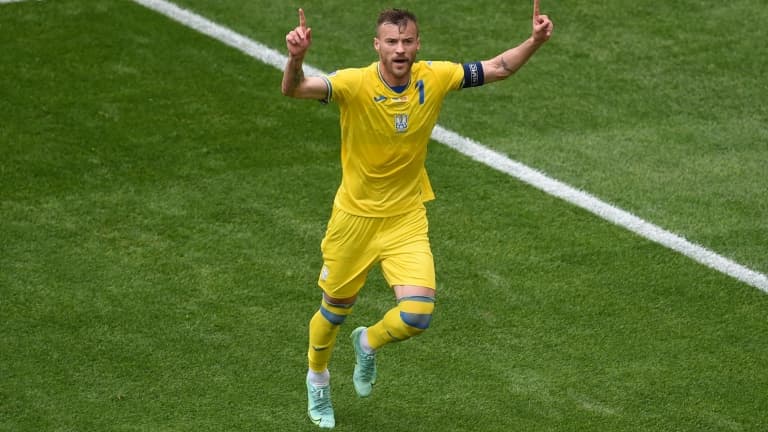 The Ukrainian striker Andriy Yarmolenko, first, then Roberto Martinez, the coach of Belgium, then, in turn animated the “Coca Gate”. At a press conference, the two men wanted to highlight the soda brand, in response to Crisitano Ronaldo.

This is starting to become the common thread of the press conferences of this Euro. After Ronaldo, Pogba, McGinn, Locatelli or Tchertchessov, two new players in this European Championship had fun with the sponsors’ bottles placed on their desks during a conference.

“Coca-Cola and Heineken, call me!”

Ukrainian striker Andriy Yarmolenko, still scorer against North Macedonia (2-1) and elected man of the match, appeared before the press with a little joke in reference to Cristiano Ronaldo, translated by the Reuters: “Can I do something? I saw Ronaldo do that. I wanna move (the Coca-Cola bottles) here and I want to put the beer here. Coca-Cola and Heineken, call me ! “

This Monday, the five-fold Golden Ball had made a simple gesture but fraught with consequences, by replacing the bottle of Coca-Cola with a bottle of water. This had caused a loss of several billion euros to the soda brand on the stock market. Several players and coaches responded by imitating him, sometimes defending him like Locatelli, sometimes to go against him, like the Russian coach, who had swallowed several sips of soft drink.

On Thursday, UEFA reacted to the “affair” by recalling that “partnerships are an integral part of the tournament’s running and ensure the development of football across Europe, including for young people and women. “.

A few hours after Yarmolenko, it was the turn of Roberto Martinez, Belgium coach, to conclude his intervention in the press room by showing the famous red bottle with insistence and a smile: “The Reds Devils love Coca-Cola”. Anyway, they are qualified for the knockout stages of the Euro and it is undoubtedly the most important tonight.