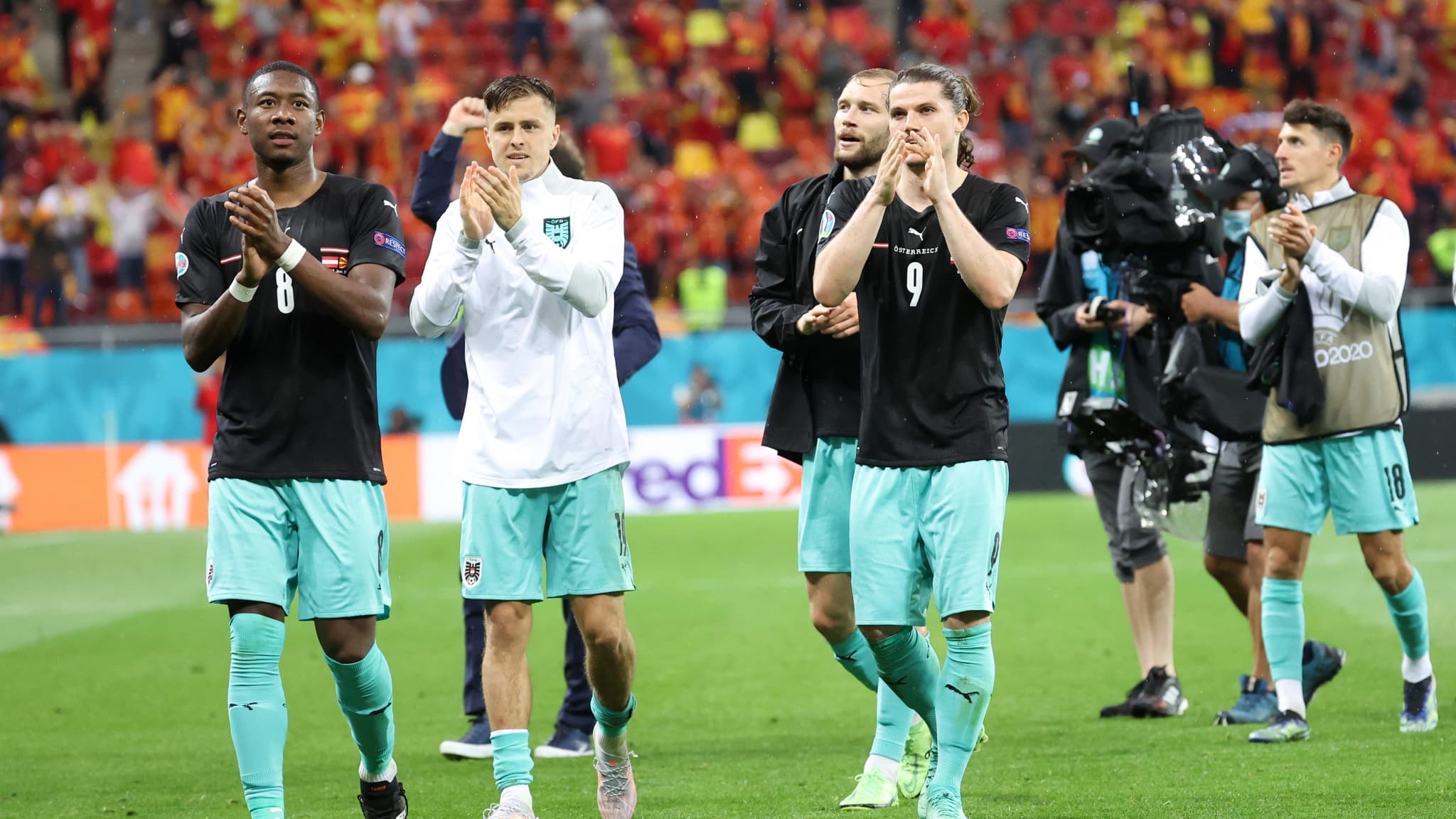 Austria beat North Macedonia this Sunday in Group C of the Euro (2-1). David Alaba’s partners had to work hard to overcome Goran Pandev’s teammates and afford the first success in their history in a Euro.

Austria has been waiting for this for over thirty years. Since its success against the United States at the 1990 World Cup, the 26th nation in the Fifa rankings had not won a single match in a major international competition. The famine ended this Sunday in Bucharest. Led by an omnipresent David Alaba (and elected man of the match), the Austrians won against North Macedonia to offer themselves the first victory in their history at the Euro.

Franco Foda’s players made the difference thanks to a volley from Stefan Lainer (18th), a close-range recovery from Michael Gregoritsch (78th) and a goal from Marko Arnautovich (89th). What to concretize a domination which took time to be verified on the notice board. The fault in particular with Stole Dimitrievski, the goalkeeper of Rayo Vallecano, who made several spectacular saves.

For its first participation in the Euro, North Macedonia has long believed to hold the point of the draw. Taking advantage of a big mistake between goalkeeper Daniel Bachmann and Aleksandar Trajkovski, the indestructible Goran Pandev had equalized with opportunism (28th). Despite his 37th goal (in 117 caps), the 37-year-old striker, a true national icon, has failed to tip his people into jubilation.

This may be the case against Ukraine, this Thursday (3pm), on the second day of group C. It will be necessary to maintain the hope of reaching the round of 16. Conversely, Austria will approach with less pressure its shock against the Netherlands, scheduled for 9pm.