Euro: after UEFA investigation, Neuer will be able to keep his rainbow armband 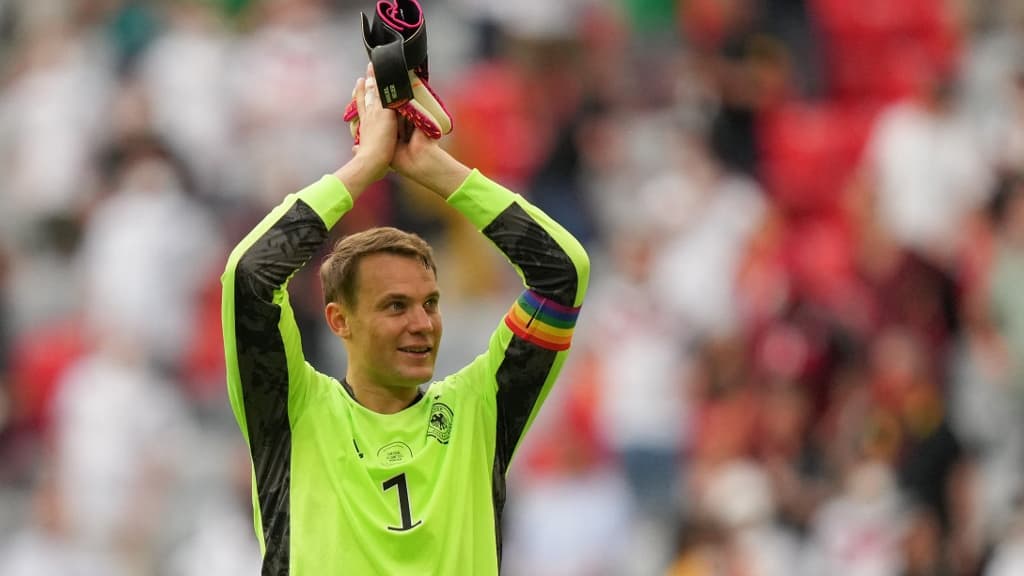 UEFA had opened an investigation into Manuel Neuer’s rainbow armband, which he wears in support of the LGBT community in this Euro. The German selection will ultimately not be sanctioned.

Manuel Neuer will not have to change his equipment for his last group match, against Hungary (Wednesday, 9 p.m.). The German captain was allowed to keep his rainbow armband by UEFA, which had opened an investigation into the matter. The body sought to determine whether this symbol, displayed in support of the LGBT community, had a political connotation. She finally considered that he was defending a “good cause”: he will therefore not be penalized.

The Mannschaft itself announced it on its Twitter account. “UEFA informed the German Federation on Sunday evening that it was ceasing its investigation into the captain’s armband worn by Manuel Neuer, it can be read. The rainbow motif is a symbol in favor of diversity and therefore for a good cause”.” Because of this investigation, the selection could potentially incur a fine, but should therefore escape it.

The Allianz Arena in the colors of the rainbow?

A priori, the doorman can continue to wear this armband until the end of June, as was initially planned. The operation takes place as part of “Pride month”, the month of pride, which celebrates different sexual orientations and gender identities. Neuer notably wore the armband in the colors of the LGBT flag during the match against France. The opening of an investigation by UEFA scandalized associations against homophobia across the Rhine.

However, not everyone in Germany is in favor of Neuer’s colorful choice. Uwe Junge, a member of the far-right AFD party, described him as a “fagot armband”. The vision of the Allianz Arena on Wednesday could give him hives: the Munich city hall plans to light up the stadium in rainbow colors to support “diversity and tolerance”. A snub to Hungary and its parliament, recently pinned for a homophobic law.