Euro 2021: UEFA does not want rainbow ads in Russia and Azerbaijan 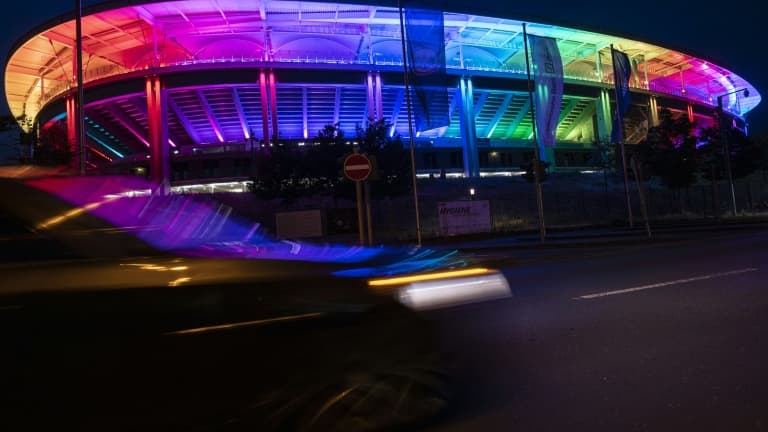 In a statement sent to AFP on Friday, Volkswagen assures us that UEFA has asked its main sponsors not to display rainbow banners in Russia and Azerbaijan. The automaker wanted to send “a clear signal in favor of diversity” in the stadiums of Baku and St. Petersburg, for the quarter-finals.

UEFA has asked its main sponsors not to deploy rainbow-colored advertising banners in stadiums in Baku and St. Petersburg, Volkswagen said Friday, which “regrets” the decision.

“Due to UEFA’s concerns about the legal framework for venues in Russia and Azerbaijan, the Association informed us that it would not be possible to use rainbow-colored advertising on billboards in St. Petersburg and Baku, “said the automaker in a statement sent to AFP.

Volkswagen intended to “send a clear signal in favor of diversity”

This episode is a twist of the controversy that arose at the end of the group stage, when the city of Munich wanted to light up its stadium in the rainbow colors of the LGBT community before the Germany-Hungary match to protest against the vote. of a law in Hungary accused of discriminating against homosexuals.

UEFA banned this illumination, but several main sponsors of the Euro, including Volkswagen, then showed their solidarity by broadcasting rainbow-colored advertisements in the stadiums during the round of 16. UEFA authorized the operation, but none of these matches were played in Russia or Azerbaijan.

By doing the same thing for the quarter-finals, Volkswagen intended “to send a clear signal in favor of diversity”. The distribution of rainbow-colored banners, however, remains authorized in stadiums in Rome and London, says Volkswagen. As a reminder, Switzerland will challenge Spain this Friday in Saint Petersburg, while the Czech Republic and Denmark will meet again this Saturday in Baku.