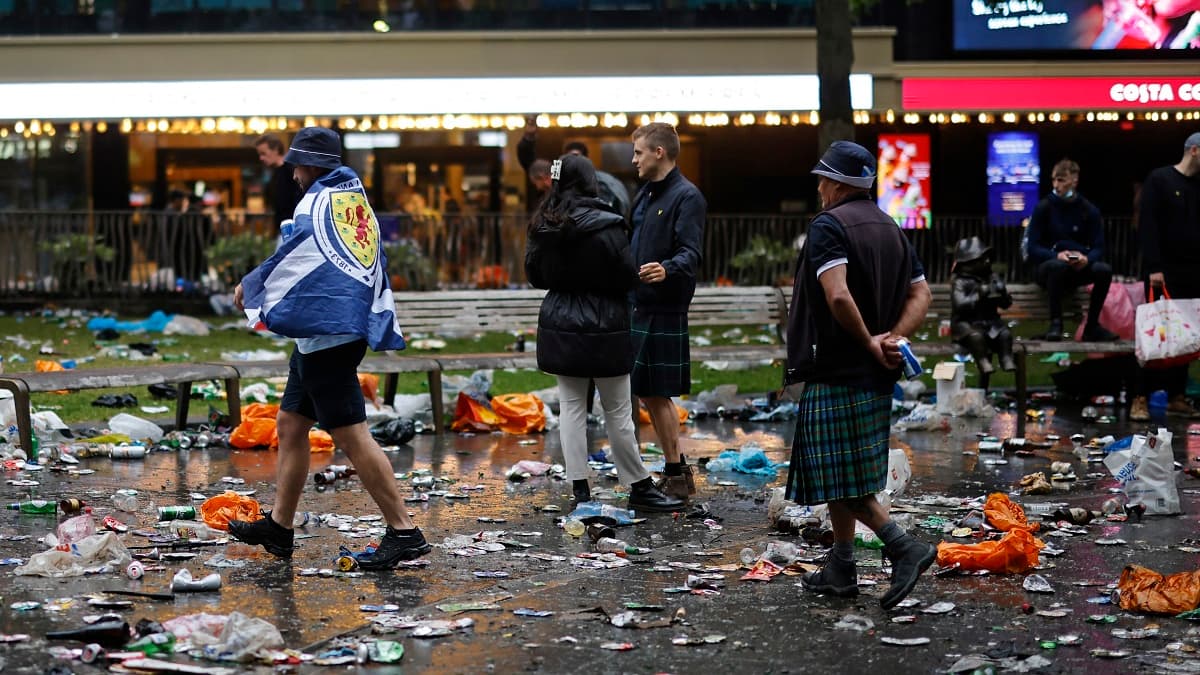 Scottish supporters cleaned up the streets of London covered with plastic waste and used bottles on Friday evening after a big improvised party, which marked the reunion with England (0-0) in a major international competition.

The Tartan Army came in large numbers on Friday to support Scotland against England (0-0). The rain, which fell almost continuously between Thursday night and the kick-off of this long-awaited match, did not dampen the enthusiasm of the supporters. It must be said that the two teams had not met in a major tournament since Euro 1996, marked by this famous goal from Paul Gascoigne, who sealed a 2-0 success. There were no goals on Friday, the show was elsewhere, outside Wembley Stadium, on the sidelines of the meeting.

If only 2,600 Scottish fans managed to get tickets, the soldiers of the Tartan Army were much more numerous to animate the streets of the English capital, mixing with the jerseys of the Three Lions of the English. They were around 25,000 Scots to have moved according to estimates. As soon as they arrived at Saint Pancras or King Cross station, they set the tone with a beautiful atmosphere and many songs in honor of the Tartan team. The supporters then set up a merry mess in central London with lots of chants and beers.

The atmosphere remained very good-natured in a festive atmosphere during the meeting. All the more sympathetic, as the crowd, described as “turbulent” by the police, erased the traces of its passage after the festivities. Scottish football fans helped clean up the litter piles that littered the floors of central London ahead of the England game. Photos and videos circulated, showing supporters wearing kilts, Scottish shirts and yellow “Rampant Lion” flags participating in the collective effort in Leicester Square. Fair play.