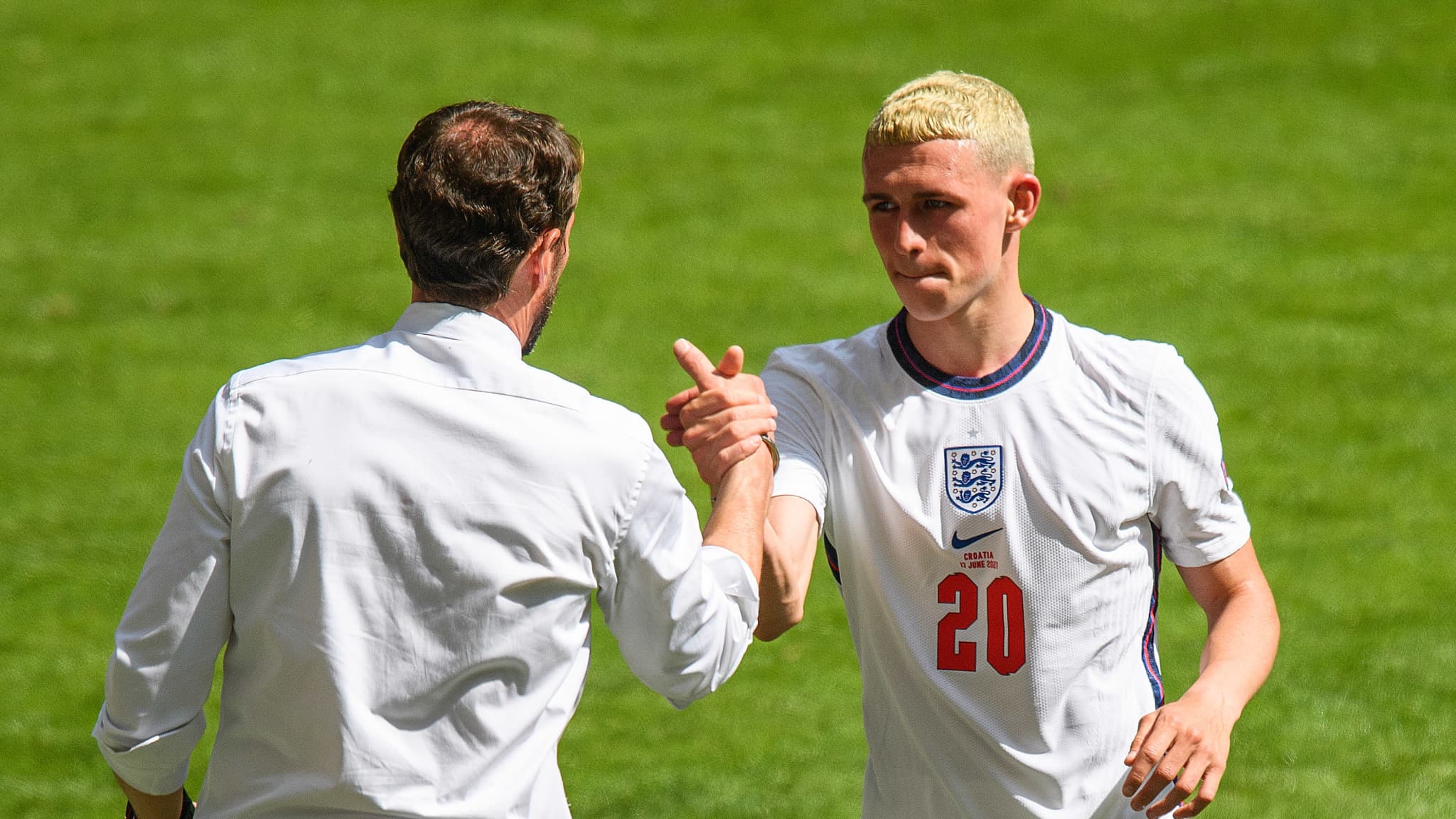 With the elusive Phil Foden at the head of the gondola, the English are counting, during this Euro, on a very young generation of players. They are not all called upon to play a great deal but will have their role to play.

Jordan Henderson, Kyle Walker and Kieran Trippier are exceptions: in the English group called by Gareth Southgate for the Euro, they are the only thirty. The captain, Harry Kane, is only 27, Raheem Sterling (26) and Marcus Rashford (23) are even younger, and the picture is the same on every line. More than ever, the Three Lions are bathed in youth, with five players who particularly take the light.

Shaped by Pep Guardiola since his late teens, he has become the standard-bearer of the new generation of England, to the point of starting the Euro in the skin of a holder, last Sunday against Croatia. Hair tinted like Paul Gascoigne, Phil Foden, 21, accepts the pressure and even the comparisons with his illustrious elder. “It wouldn’t be so bad if I brought a little Gazza onto the pitch,” he said before the start of the competition.

Having become a very regular holder at Manchester City, in a bloated offensive sector where the only indisputable one is called Kevin De Bruyne, the kid from Stockport showed his leaders that they could also build a team without signing big checks. “He is the most talented player I have seen as a footballer or coach,” Guardiola said two years ago. This was before the outbreak of Foden, who has since justified at least part of the hires of his coach.

To take Jude Bellingham to the Euro, Gareth Southgate had to take precautions and ask permission from the player’s father. Still a minor, the Dortmund midfielder is by far the youngest resident of the English selection. However, he has already come into play in the first match of the competition, against Croatia, proving that he is not only there thanks to the possibility of summoning a larger group, which the number 26 could suggest that he door in the back.

Transferred from Birmingham to Dortmund for almost 25 million euros at only 16, the young Briton has become, at 17, an indisputable holder in a workforce that plays the Champions League. Until scoring in the quarter-final of C1 against Manchester City of Phil Foden, also a scorer. “He’s always there where you need him,” his Dortmund coach Edin Terzic said of him. Southgate could not therefore decently do without this kid, who will celebrate his 18th birthday on June 29, in full Euro.

Being given the keys to the game in a club of high standing but in distress, all at only 19, rarely looks like a gift. Bukayo Saka puts up with it. When Arsenal have their heads underwater, they are always the ones floating. Voted best player of the season with the Gunners, he now wants to make his hole with England. First selected thanks to his versatility (he can play left back, left winger, right winger or attacking midfielder), he finally scratched a jump seat for the Euro.

In preparation, against Austria, he opened his counter in selection and scored his first goal. Since then, he has been showing off his smile everywhere, hoping for some playing time in the next matches. Gareth Southgate likes his percussion qualities and his ease in small spaces. “He has an incredible ability to receive the ball in the midst of other players,” he said. “He’s like a slippery eel who gets out of duels.” The kid from Ealing, on the outskirts of London, is ready to make Wembley his new garden.

In comparison to Foden, Saka or Bellingham, who discovered the national team in 2020, Jadon Sancho is an old man. Even though like Foden, the boy was born in 2000, he had his first cape in the fall of 2018 against Croatia – a day when Mason Mount, also on the scoresheet for the first time, had remained on the bench. At the same time that he became indisputable in Dortmund, where he went into exile at 17 when leaving Manchester City, Sancho became in selection.

At 21, the Londoner already has 19 caps and impressive club statistics. However, he was left in the stands for the first match of the Euro, which Gareth Southgate explained for tactical reasons. In this bloated Three Lions team, there is certainly no room for error. Sancho, injured during the rally in March and more decisive for seven months with his selection, is in a slight hollow. But a hollow that took him to the Euro, where he will inevitably have his chance.

For several months, it is a rain of praise which falls on Mason Mount. When Thomas Tuchel compliments his player, Gareth Southgate responds with more superlatives at the next rally. And so on. Base man of the Blues, with whom he had a high-flying second part of the season marked by victory in the Champions League, Mason Mount is also the No. 1 playmaker for the English selection. Foden, Sancho and Grealish are forced to move to the sides.

Holder against Croatia, Mount should not come out of the starting lineup of the Three Lions. At 22, he is the one who makes the link between the lines, able to go back down to the field to be at the start of the actions, but also to conclude or even play false n ° 9 when Tuchel needs. In a few years, he could be the centerpiece around which Foden, Sancho, Saka and Bellingham revolve. Just that.