England-Denmark: the crazy atmosphere in London after qualifying for the final of Euro 2021 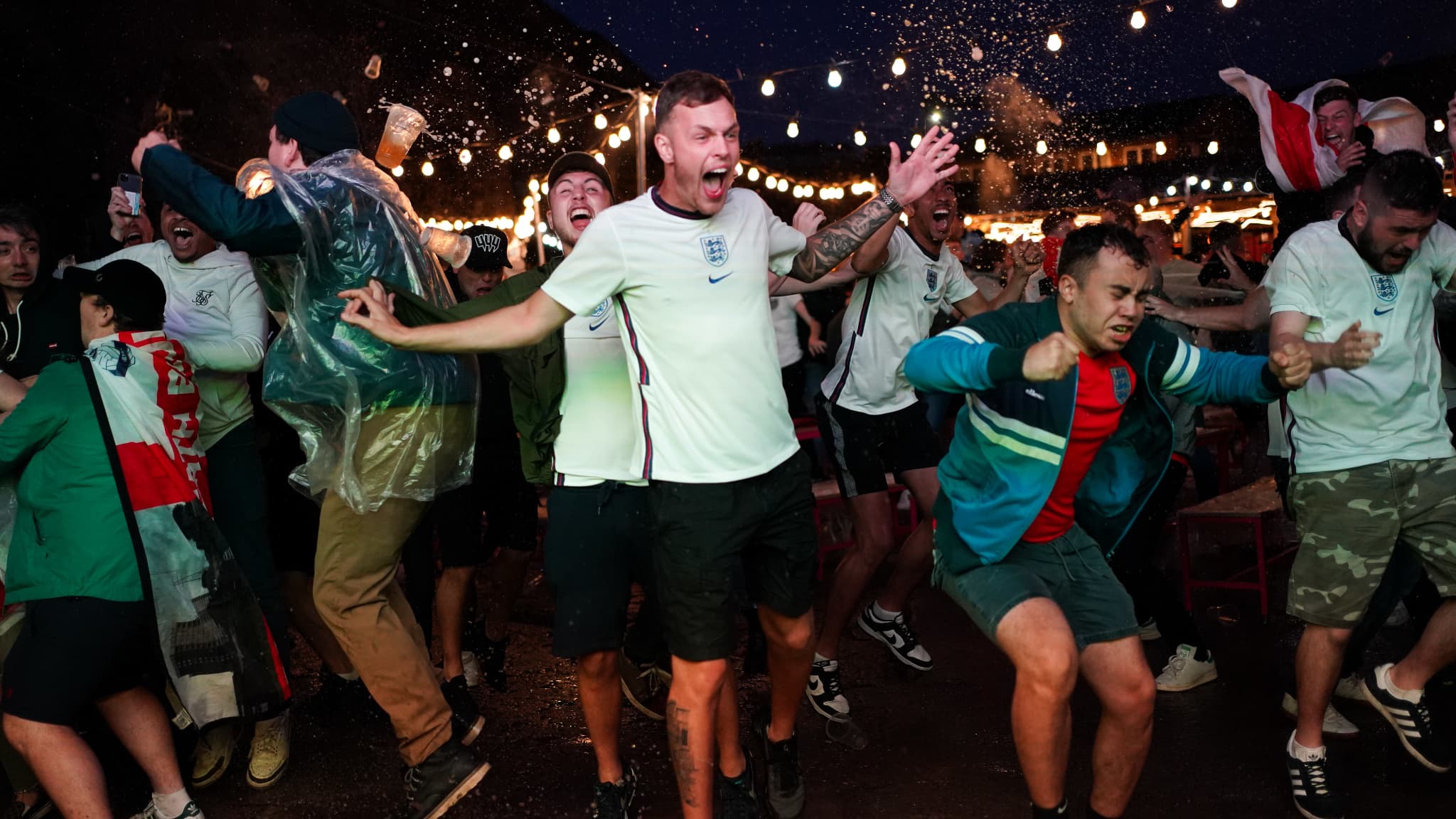 After their qualification this Wednesday for the final of Euro 2021 thanks to a victory at the end of extra time against Denmark (2-1), the players of England were able to commune with the public. The evening was also marked by a big party in the streets of London, but with twenty arrests by the local police for excesses.

“Football is coming home” sang again the supporters present at Wembley on Wednesday, for the qualification of England in the final of Euro 2021 after the victory against Denmark at the end of extra time (2-1). This time, the Three Lions are only a success to prove this popular song and almost parody, like a recurring joke in each tournament.

This Sunday, England could win the first Euro in its history, at home, by beating Italy, which already won the tournament in 1968. Led by the score, Harry Kane and his teammates nevertheless succeeded on Wednesday in reversing the situation. trend, with a qualifying penalty, the Tottenham striker and captain of the selection, which sparked controversy.

For this opposition against Denmark, they were more than 50,000 spectators in the stands. The songs followed one another at Wembley on Wednesday after qualifying with also Sweet Caroline sung by the fans, another legendary song from the English supporters. Outside the stadium, many images of crazy supporters also turned on social networks, to celebrate this victory.

However, the popular festival was marred by 20 arrests in London by the police. Several outbursts took place in the English capital, especially in the city center where many had gathered to commune. British fans, for example, blocked several streets and some carried out “common law offenses” or “disturbances of public order as well as attacks against the police,” local police said on Twitter.

This Sunday for the final, the stadium can be filled to more than 75% of its tonnage, or more than 60,000 people. Wembley will inevitably be committed to the cause of the local selection, while up to 1,000 Italian supporters can be present to give voice and encourage the Nazionale.