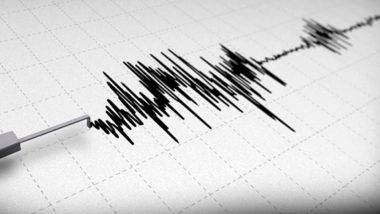 Beijing: At least three people were killed and 27 others were injured in a quake (Earthquake) in Yangbi Yi Autonomous County of Yunnan Province in China. The province’s chief of the ruling Communist Party of China (CPC), Yang Guojong, said that earthquake tremors were felt in all 12 counties and cities of the Dali Bai Autonomous Province, but that Yangbi was the worst affected. Two people died in Yangbi County and one in Yongping County. China Ecommerce: Workload proving fatal for China’s e-commerce industry employees

Government news agency ‘Xinhua’ said that three people were seriously injured and 24 others suffered minor injuries. About 72,317 residents living in 20,192 houses were affected by the earthquake. According to the China Earthquake Network Center (CINC), there were four earthquakes of magnitude 5.0 in Yangbi from 9 pm to 11 pm.

In the region, 166 tremors were felt after the earthquake till 2 o’clock in the night. Rescue teams have been sent to the earthquake affected areas and rescue operations are going on. Xinhua was quoted by local officials as saying that a 7.4-magnitude earthquake struck northwest China’s Qinghai province on Saturday, but no casualties were reported.

According to the CENC, the earthquake occurred in Maduo County of Golog Tibet Autonomous Province in the province at 2.40 pm on Friday, Beijing time. Residents of the provincial capital city Xining, 385 km from Maduo, also felt tremors. Local officials said that there is no news of any casualties and the collapse of the house. Also, electricity and communication facilities are also common. However, parts of the highway and bridges have collapsed in the earthquake affected area.