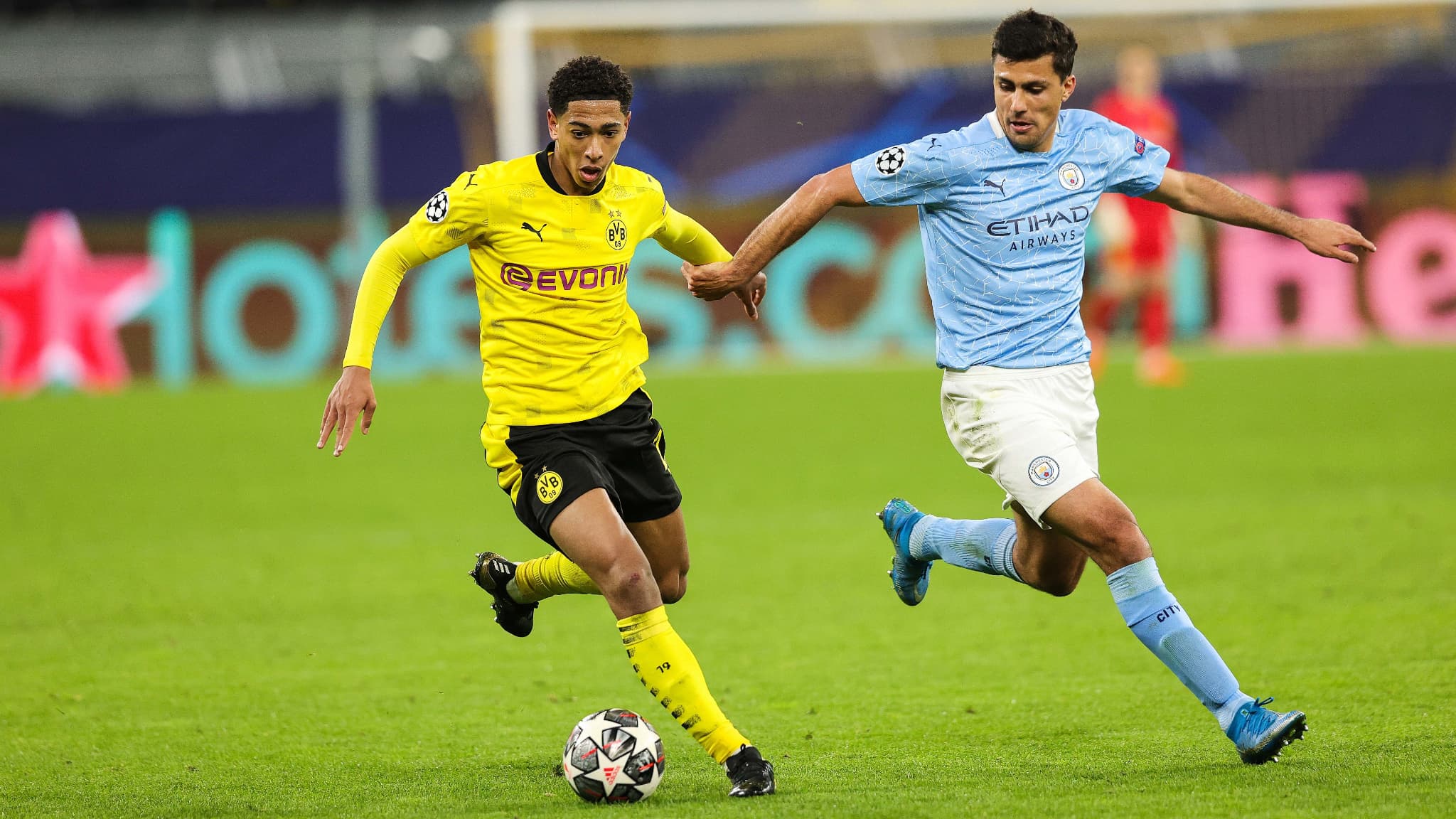 Manchester City qualified for the last four of the Champions League by eliminating Dortmund after a success at Signal Iduna Park on Wednesday in the quarter-final second leg (1-2). A match marked by the opener of Jude Bellingham. From the height of his 17 years, the English midfielder of Borussia impressed Pep Guardiola.

Jude Bellingham was inevitably disappointed on Wednesday night on the lawn of Signal Iduna Park. Defeated at home by Manchester City (1-2), Dortmund, who lost by the same score last week at the Etihad Stadium (2-1), was eliminated in the quarterfinals of the Champions League. But the Borussia midfielder can take comfort on a personal level. By opening the scoring against the Citizens within a quarter of an hour of play, he became the youngest English scorer in the history of C1. At 17 years and 9 months. The second youngest of all nationalities to score in the quarterfinals (behind Bojan Krkic with Barça).

Beyond his powerful strike under the bar, Bellingham, unfairly deprived of another goal in the first leg, especially shone by his volume of play and his technical ease. What to impress Pep Guardiola. Asked about the former Birmingham phenomenon, who arrived last summer in the Rhur (for 23 million euros), the City coach did not hide his admiration. “He’s a fantastic player. He’s so good at 17. I can’t believe it, maybe he’s a liar,” the Catalan coach said with a smile.

“I talked about him with his trainer”

Before continuing his praise: “There was a time when he didn’t get the ball from his central defenders. And the way he shouted to ask for that ball, at 17, that means a lot (…) I spoke about him with his coach, Edin (Terzic), and he told me that what we saw in these two games, he sees in every training session. “

Author of 39 appearances for his first season in Germany (3 goals, 4 assists), Bellingham immediately established himself as a strong element of Dortmund. Despite his young age, he already has 2 selections for the England team. If he continues at this pace, Gareth Southgate could summon him with the Three Lions to play the Euro, which kick off is scheduled in less than two months (from June 11 to July 11).