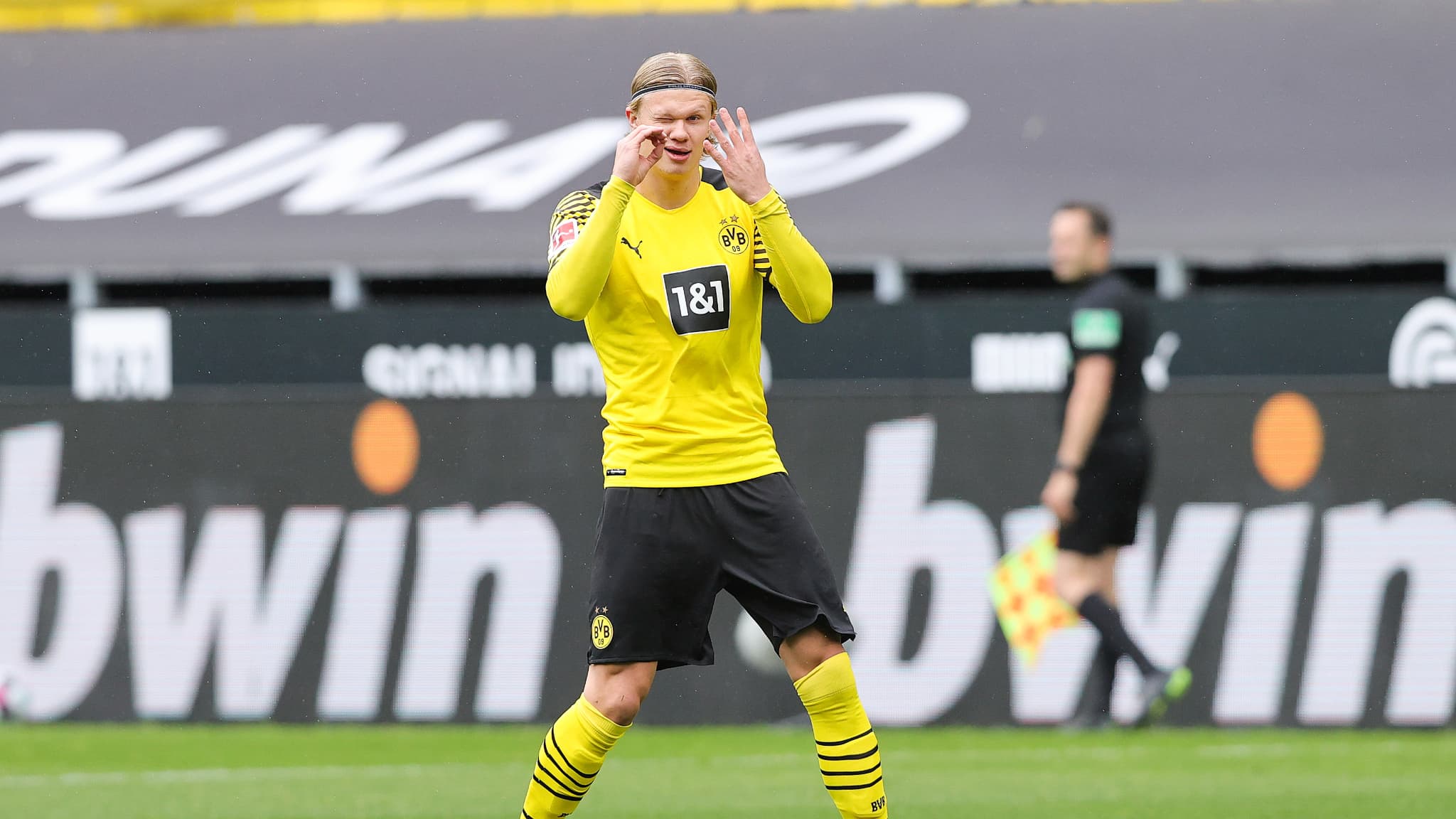 With a double scored in Dortmund’s victory against Bayern Leverkusen (3-1), Erling Haaland finished the season with 41 goals in 41 games. At 20, he is more than ever the attraction of world football … while waiting for the transfer window.

Last summer, Erling Haaland was already a recognized phenomenon. But we had never seen him at work for a full season in a major European club. A few months later, it can be said that the Norwegian confirmed his status as a super-crack in world football.

Against Bayer Leverkusen on Saturday, in a match that saw Borussia Dortmund win 3-1 but let Lars Bender score from the penalty spot late in the game, Erling Haaland scored another brace. For his last game of the season, the forward increased his tally to 41 goals in 41 games. At only 20 years old and while he joined the Bundesliga less than a year and a half ago. Impressive.

In an open championship and in a playful team like Dortmund, the Norwegian has benefited from a favorable environment. As proof, he has not had the same performance in the national team, where he has gone through his last four games without scoring. But passing the 40 goals in a season, at his age and in one of the biggest leagues, is historic.

In the tradition of Ronaldo

Above all, Haaland has taken advantage of this season to expand his palette at the same time as he has become an increasingly clinical scorer. Technically more and more fluid, even when using his wrong foot, he also shows every week that he can lend a helping hand with construction. In a Borussia Dortmund that stacks the creative players, the Norwegian could do without but manages to expand his role.

All this will necessarily make Haaland an important player in the next transfer window. German media regularly speak of a clause allowing the Norwegian to leave in the summer of 2022 for an amount between 75 and 100 million euros. Dortmund might therefore have an interest in selling him earlier, that is, this year. To continue the comparison, Ronaldo did not stay long at Barça, his first major European club.