The Indian Paper
HomeWorldDonald Trump is not ready to give up! Appeal to cancel...
World
November 23, 2020

Donald Trump is not ready to give up! Appeal to cancel the result of Pennsylvania elections 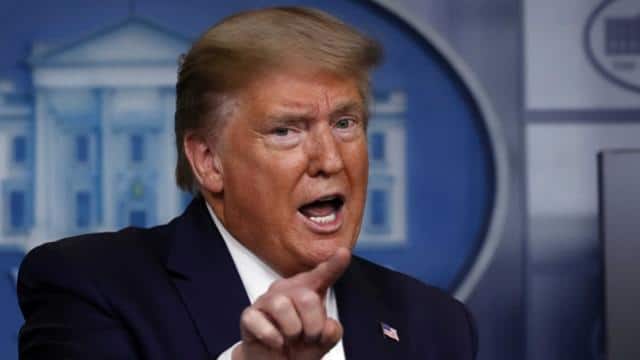 US President Donald Trump’s campaign team has again put up a notice of appeal. Trump’s campaign tried to block certification of mail-in votes in Pennsylvania. His attempt was rejected by the Federal Judge. According to The Hill’s report, a representative engaged in Trump’s campaign, including Rudy Guilliani, applied for the Third Circuit in the US Court of Appeals. Significantly, Trump’s earlier appeal was quashed by Judge Mathieu Bran.

The cancellation of the application filed by the District Court Judge for Trump’s campaign is a big setback for the campaign itself. According to the CNN report, Judge Brann has also reprimanded Trump’s campaign for appealing the cancellation of so many votes without any strong evidence. He said, “One can only hope that when such a shocking result is sought, the plaintiff will formally come up with compelling legal arguments and factual evidence of corruption. Despite knowing that its effect A huge crowd will fall on it. But nothing like this has happened here. Rather this court has presented perverted legal documents which have no validity. All these are baseless. “

Trump then accused Judge Brann of being a product of Senator Pat. Trump also tweeted about it.

Thanks Mark. It’s all a continuation of the never ending Witch Hunt. Judge Brann, who would not even allow us to present our case or evidence, is a product of Senator Pat “No Tariffs” Toomey of Pennsylvania, no friend of mine, & Obama – No wonder. 900,000 Fraudulent Votes! https://t.co/17rk2KsUPs

Another tweet reads “We will appeal.” On the cancellation of this appeal Sinator Toomey said that the President has made all possible efforts to cancel the result of Pennsylvania. He wished Joe Biden the President and Kamala Harris the Vice President. He has congratulated both of them as dedicated employees of the public.

Significantly, Joe Biden has been declared the winner of the presidential elections. Trump has refused to accept his victory and alleged that corruption has taken place in the elections, for which Trump’s campaign has also filed appeals in several state courts.

In this case, Joe Biden said that Trump was showing an irresponsible attitude. He is disrupting the process of change.