Malang is now streaming on Netflix.

Starring Anil Kapoor, Kunal Kemmu, Aditya Roy Kapur and Disha Patani, the film narrates the story of a young man who goes on a killing spree after he is separated from his ladylove in a police encounter.

Anil Kapoor, who played the antagonist in the film, shared the news of Malang streaming on Netlfix in his unique style. He gave a twist to his dialogue “Jaan lena meri aadat hai” and wrote, “Watch Karna Meri Aadat Hai.” Unleash the madness on @netflix_in. “

He also posted a throwback photo with the film’s cast and wrote, “This is where the Malang journey started and now it’s out on Netflix. Miss you guys. Stay home… Stay safe and watch Malang on Netflix. “ 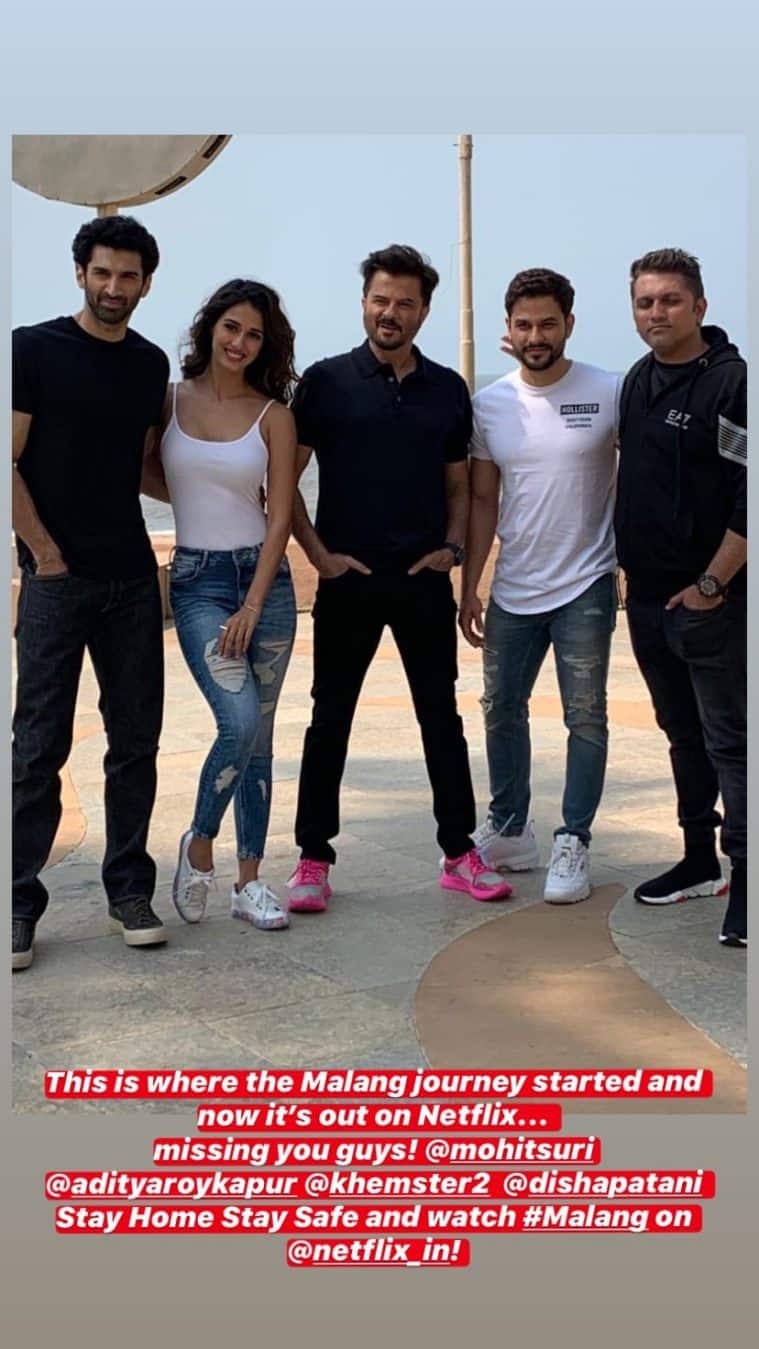 Anil Kapoor shared the throwback photo from the sets of Malang.

Following Anil Kapoor’s style, Disha Patani shared the news of the film’s digital release on Instagram with a poster. Along with it, she wrote, “Watch Karna Mera Mazza Hai. Speaking Malang time @netflix_in! “

Malang received a mixed response from the audience after its theatrical release in February. It did a business of Rs 58.99 crore. The Indian Express’ Shubhra Gupta called it a tepid thriller. In her review, she wrote, “Mohit Suri’s cinematic universe is routinely dark and twisted, and in his best work, his characters have been edgy and interesting. But Malang’s twists really take you aback, and the identity of one of the perpetrators is more of an eye-roll than anything else. ”