The Indian Paper
HomeWorldDiscrimination and racism increased during the epidemic in New Zealand
World
May 20, 2021

Discrimination and racism increased during the epidemic in New Zealand 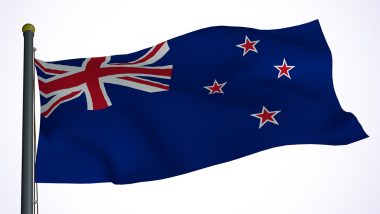 Wellington, 20 May: More than two in every five (41 per cent) residents of New Zealand have said that incidents of racism have increased during the Kovid-19 global epidemic. This has been revealed in a national survey conducted in February and March this year. People of Māori, Pacific and Asian descent have experienced more racism, and half of them say they have more racism than a third of European New Zealanders.

More than half of the 1,083 people who participated in the survey (52 percent) say racism is the same as before and seven percent say it has decreased. The Corona virus epidemic has increased a sense of hatred towards Asians. At the same time, this disease has had a great impact on the ethnic minorities and many people have died. The death rate among minority ethnic groups is two or more times higher than the white population in Britain. In New Zealand, Māori and Pacific people have suffered nearly twice as many deaths due to Kovid-19.

About two people in every five said that they have seen that people discriminate because of how they look or how they speak English to other people. Nearly a quarter of the people shared experiences of discrimination due to their ethnicity, including discrimination that occurred while taking government departments, workplaces and health care services.

People of Asian descent faced more discrimination when applying for jobs, at work sites and while shopping or going to restaurants.