The Indian Paper
HomeWorldDid the devastating earthquake in 2015 reduce the height of Mount Everest?...
World
November 27, 2020

Did the devastating earthquake in 2015 reduce the height of Mount Everest? Nepal and China will soon announce a revised height 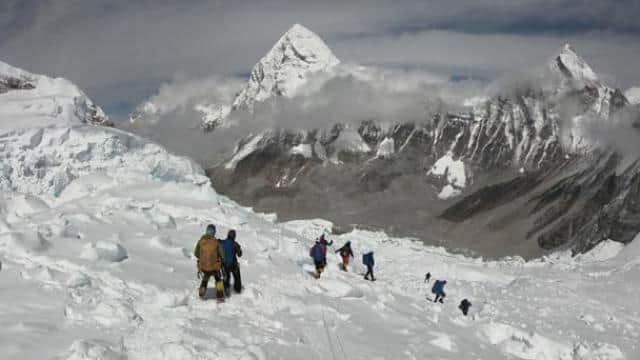 Whether or not the devastating earthquake in Nepal in 2015 has damaged the height of Mount Erest, the world’s highest mountain peak, is soon to be known. Indeed, Nepal and China will soon jointly announce the revised height of Mount Everest, the world’s highest mountain peak. The announcement could be made during the upcoming visit of the Chinese Defense Minister to Nepal.

The government of Nepal has aimed to measure the exact height of the peak amid the debate that its height may change due to various reasons, including the devastating earthquake in 2015. The Rising Nepal newspaper said that Mount Everest has a height of 8,848 meters, as measured by the Survey of India in 1954.

According to China’s official communications agency, Xinhua, in 1975, Chinese surveyors measured Mount Everest and measured its height at 8,848.13 meters above sea level. According to the Kathmandu Post, the Ministry of Land Management, Cooperation and Poverty Alleviation was authorized to announce the new height of Mount Everest at a meeting of Nepal’s Council of Ministers on Wednesday.

The Myripublic newspaper quoted sources as saying that during the visit of Chinese Defense Minister General Wei Feng, the two countries are planning to announce the new height of Everest on Sunday. Let us tell you that not only were the deaths in Nepal due to the 2015 earthquake, but also caused a lot of damage.