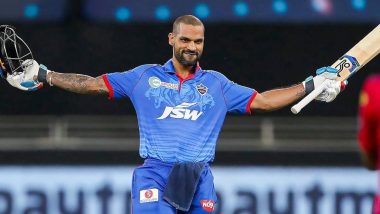 DC vs PBKS 11th IPL Match 2021: Delhi defeated Punjab by six wickets in the 11th match of the Indian Premier League 2021 between Delhi Capitals and Punjab Kings at the Wankhede Stadium in Mumbai. Has attained its second success. The team has achieved the target of 196 runs given by Punjab Kings at the loss of four wickets in 18.2 overs. For the team, opener Shikhar Dhawan played the most fifties innings of 92 runs, though he missed his third IPL century by just eight runs. Dhawan faced 13 balls and hit two fours and two sixes during his fine innings.

For Punjab Kings, Australian fast bowler Jhai Richardson (41) scored the most two successes, spending 41 runs in his four-over spell. Richardson made Shikhar Dhawan and captain Rishabh Pant their victims. Apart from this, for the team, Riley Meredith and Arshdeep Singh got success respectively.